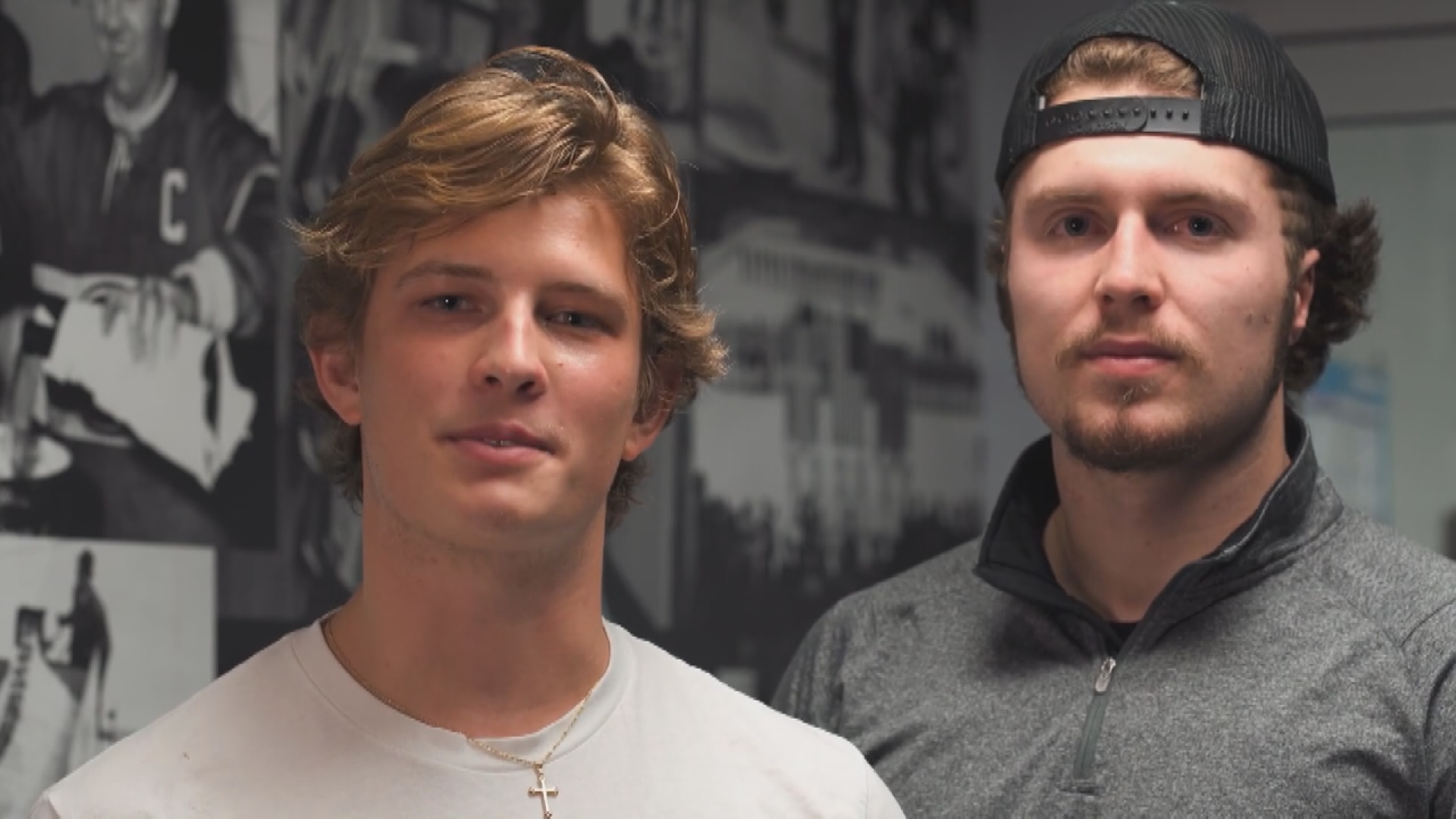 Off the ice, the duo are using their hockey experiences to give back to the game they're passionate about.

"We wanted to do something that would help players with the same paths that we've been down. We founded the Fellowship of Hockey Advancement program for high school and junior hockey players. It's a free mentorship program," said former Elk River High School hockey player Connor Bizal.

"We've been through our own individual struggles. Everyone goes through it at at some time in their life. We're teaching kids the tricks of the trade and the secrets that we learned," said former St. Paul Academy high school player Adam Zukowski.

After 5 long months, we have officially launched!

Here at FHA, we aim to help high school and junior hockey players get through the struggles that come with those levels of hockey. Whether it is mental illness, losing passion for the game, etc., we are... pic.twitter.com/sb6VIYQdmU

— Fellowship of Hockey Advancement (@FHAmentors) May 6, 2021

The response from the hockey community on the players website and media platforms has been quite supportive. "Ever since we launched we've had people from all over North America reach out to us. Whether it's parents or players or coaches, we've gotten a lot of good feedback," said Bizal.

"We can be the guys that they talk to at all times. If they need any resources, we have blogs we write we have podcasts that we appear on," said Zukowski.

The aim of the Fellowship of Hockey Advancement is quite simple.

"If any person's life is changed in any way in a positive regard that's our goal. It doesn't need to be one person, we can help out hundreds of people but as long as they're being positively affected by us and they're taking the right paths in their life after talking to us we've accomplished our goal," said Zukowski.

Check out the Fellowship of Hockey Advancement for more information on the program.

Connor Bizal will be attending Buffalo State University this fall and playing hockey, while Adam Zukowski is returning to the Boston Junior Rangers where he will be a captain on the team.