Starting Friday at RdyTechGo in the Mall of America, the best high school drone racers in the country will compete in the national championships. 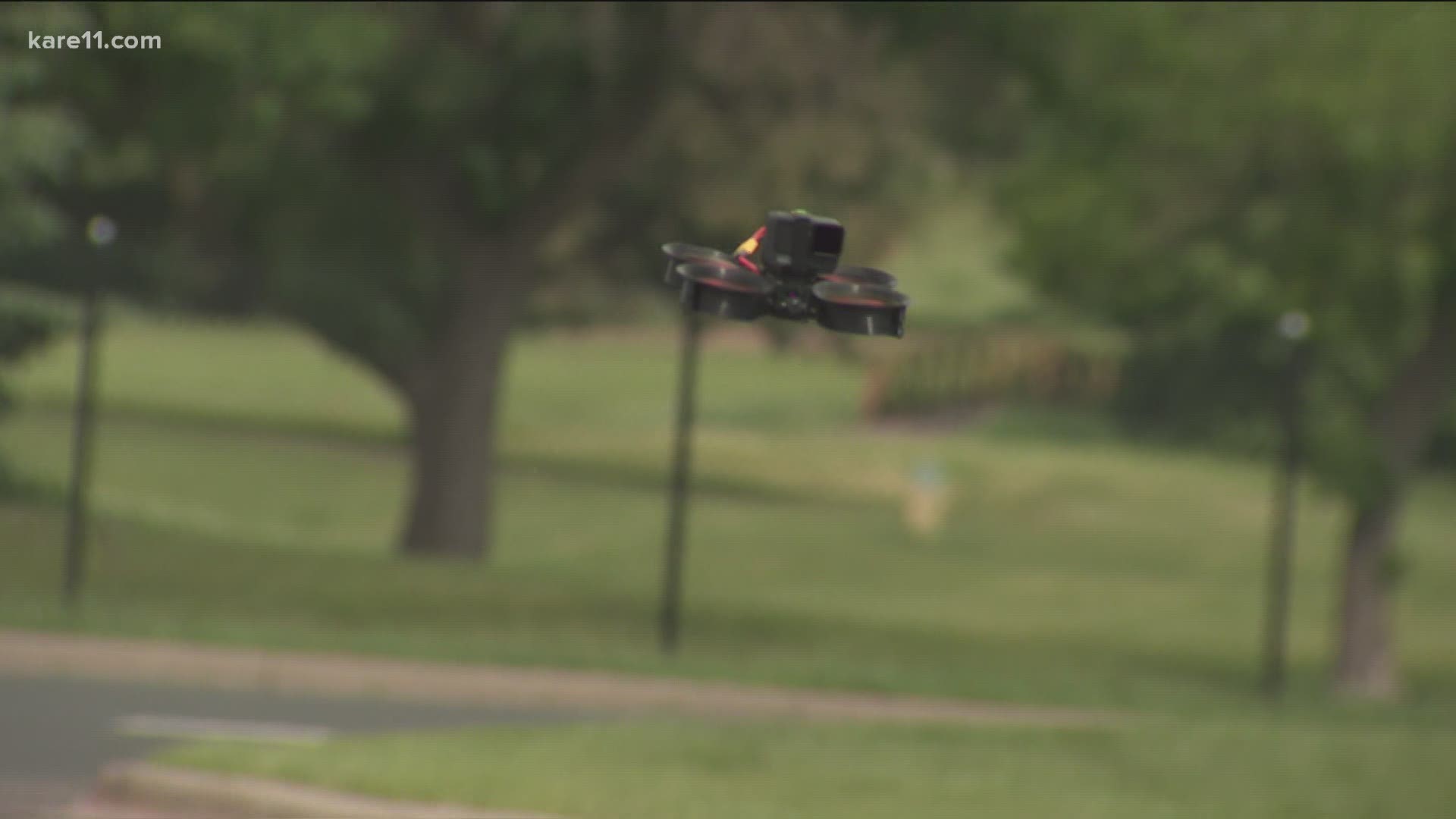 GOLDEN VALLEY, Minn. — Two years ago, drone racing on the high school level began here in Minnesota at Apple Valley and St. Louis Park high schools. The sport has grown so much now there’s a national championship event. Fittingly, right back here in the Twin Cities.

"We're taking over the whole Mall of America for this brand new sport of drone racing as a high school sport. Kids are building these little drones from parts. They fly them using goggles so that they can see what the drone sees. They love it and learn a ton and it's grown a ton but it started here," said Marty Wetherall of Youth Drone Sports Championships.

The younger generation is flocking to these drones and especially the competitive side of them.

Spectators are welcome to attend the three day event at RdyTechGo at the Mall of America. They’ll also get a chance to meet past Drone Racing League World Champion Paul Nurkkala aka Nurk - who is more than impressed with the next generation of racers.

"The young guys, the guys that are starting out are uncomfortably and    obnoxiously fast," said Nurkkala

I couldn’t let Nurk leave without letting me get an FPV look at his flying skills!