'A lot of stuff to figure out first,' Fiser unsure what future holds 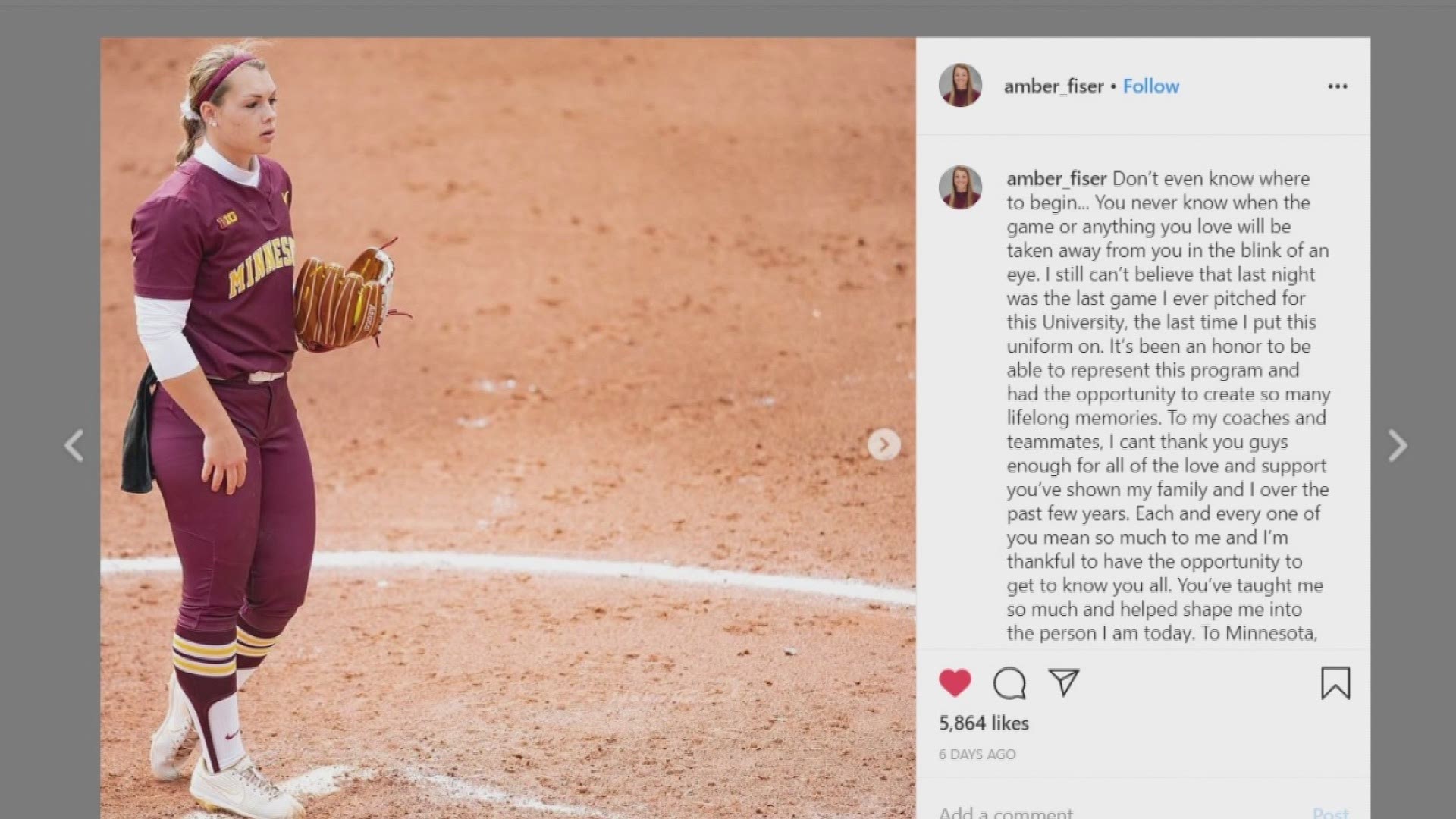 MINNEAPOLIS — University of Minnesota softball pitcher Amber Fiser was in Hawaii with the rest of her teammates when they got the news that so many other college athletes got that same day.

"It was very, very emotional," she told Eric Perkins. "That's when they called us into a room and told us our season was over."

It was Thursday, March 12. The team had just dressed for their matchup against the Texas Tech Red Raiders. They sat down to eat breakfast together when they got the news.

"The only funny part about it was that one of my teammates ran back in to finish her pancakes and she came back in crying saying that they took her pancakes," she said.

A 3-2 win over Hawaii the previous day turned out to be Fiser's last game as a Gopher, or so it appears.

"It's hard for people to understand ... it's very hard for us seniors. There's a lot running through your head. I never thought that would be my last time in that uniform," Fiser said.

With the idea out there of adding an extra year of eligibility for NCAA spring sports athletes, FIser says there's a lot to consider.

"There's still a lot of questions I think that need to be answered before I make a final decision." 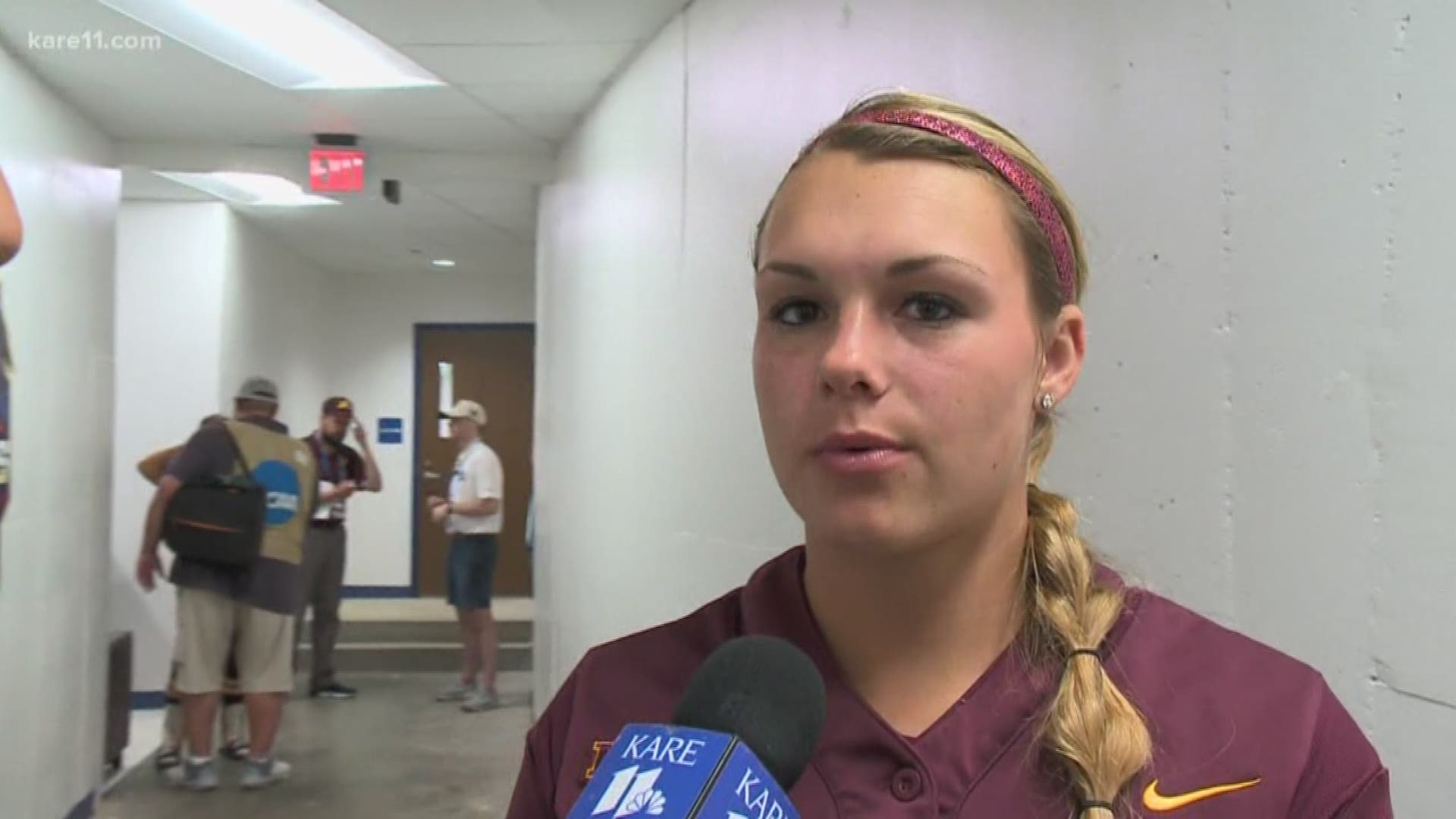