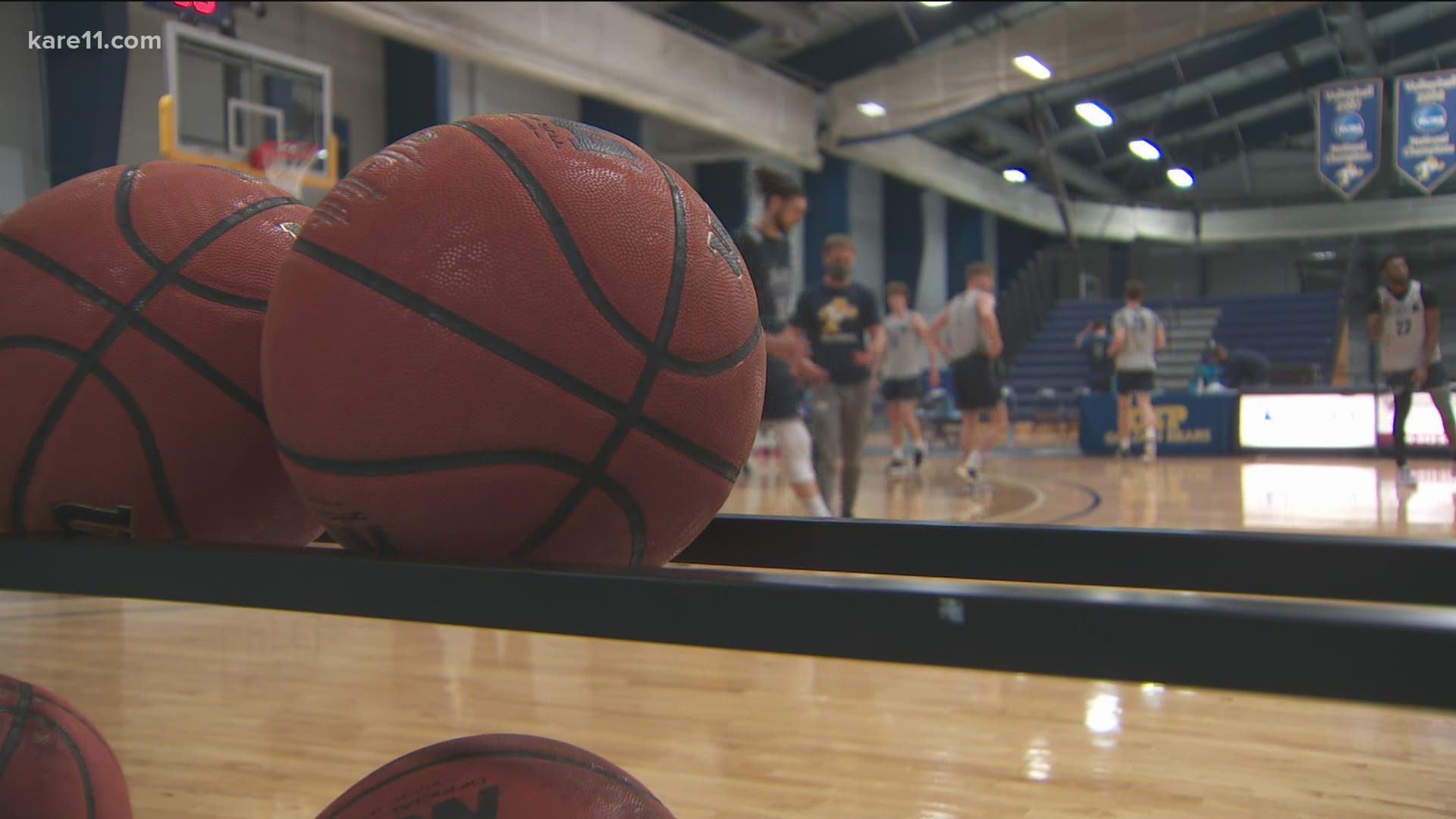 ST PAUL, Minn. — Matt Fletcher made the jump from Bethany Lutheran College, an NCAA Division III school in Mankato, to Concordia-St. Paul, an NCAA Division II school, last spring to become the men's basketball coach during the beginning of the pandemic.

"We realized that basketball was going to be secondary, that we weren't going to do what we normally would get to do. We had to really get creative and teach what we wanted to teach the way that we've been doing our whole lives, the same way, how can we completely do it differently.

Caden Hoffman was one of Fletcher's first signings. The sophomore guard transferred from the University of South Dakota.

"Being on campus for the first time I remember we were in the room that we watch film in and we have masks on and we are socially distanced. It felt somewhat normal but not as weird as you'd think," said Hoffman.

Now that games are being played, the Golden Bears are doing whatever it takes to stay on the court.

"Guys have done a great job of taking care of things and guidelines which tells us how much they want to play and be out there and have normalcy," Fletcher said.

The Golden Bears are 1-5 overall, while 0-4 in the NSIC so far this season.

They play a pair of road games at the University of Sioux Falls on January 22 and 23.

Fletcher knows navigating through the X's and O's of this unprecedented season is a teachable moment for him as well as his players.

"Sometimes the perfect defensive drill in practice isn't as important to us, it's more of the rewarding feeling that they get to love that can drive them to be a better person get ready for whatever is next. Basketball is that tool we get to use," added Fletcher.

RELATED: NCAA to play all 67 March Madness games in Indiana