For the past nine years, Jamie Hammer gives back and donates footballs to honor Landon Mitchell, a 17-year-old donor who died in a car crash in Kansas. 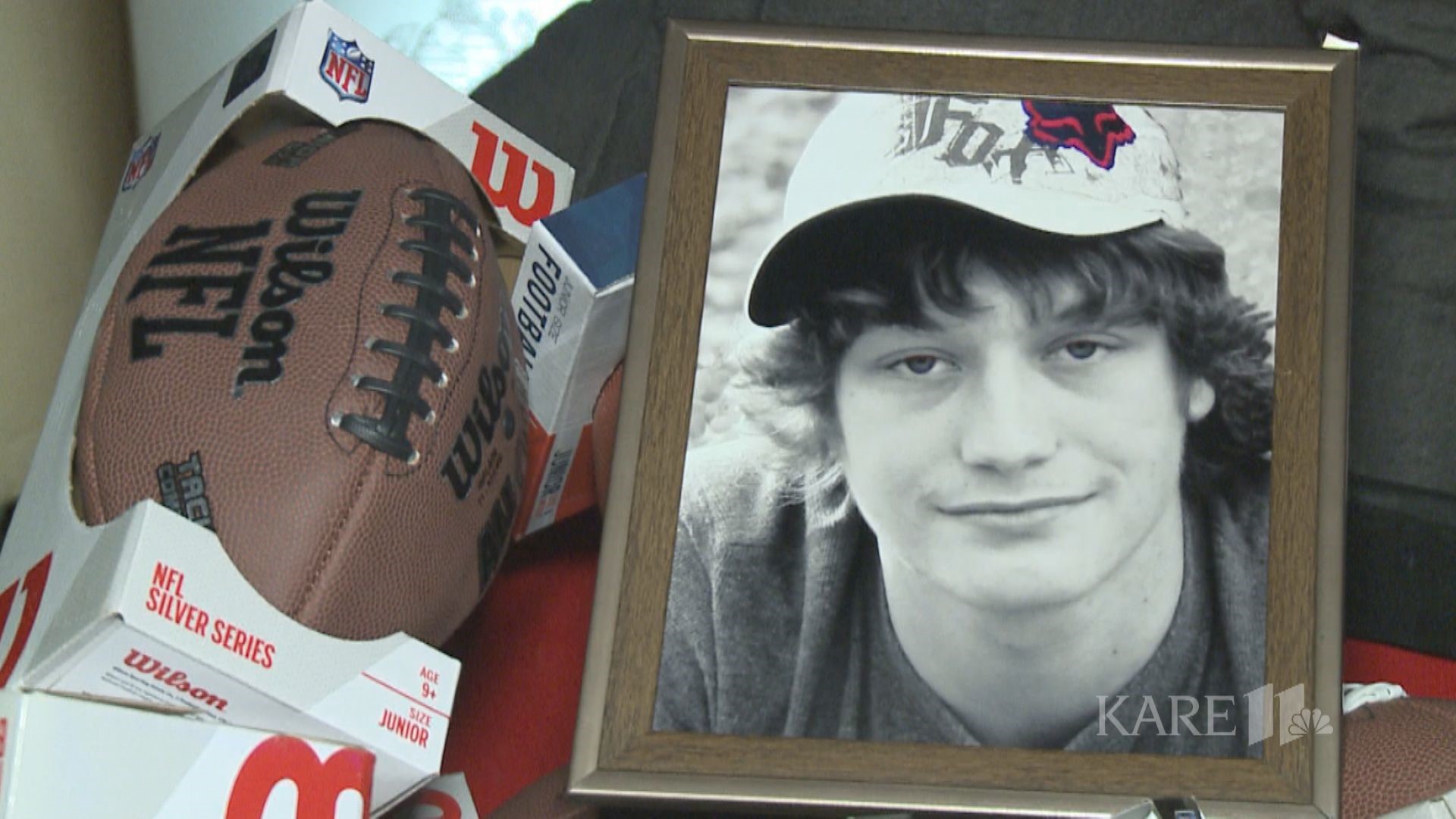 GOLDEN VALLEY, Minn. — It's a number that keeps on growing.

A decade ago, Jamie Hammer started an annual giving spree called "Footballs for Landon," to honor 17-year-old Landon Mitchell who died in a car crash in Kansas.

"We want his memory to live on," said Hammer of Corcoran, Minnesota. In a line with many members of her family, Hammer donated over 100 footballs to the Toys for Tots tent at KARE11. "We don't want to forget him. He made an awesome choice in life to be an organ donor."

Hammer gives because she has also received. This week marks the 10-year anniversary of her lung transplant from Landon that saved her life.

Over 💯 footballs donated to Toys for Tots.

Jamie Hammer and her family helped collect 'Footballs for Landon' and have given back at @kare11 for the last decade. 🙌🙏🏈 pic.twitter.com/zkZMKi3RJR

"I want people to know about Landon," Hammer said. "He had the biggest heart."

These donations are a tribute to him, his love for the game of football and a giving spirit that lives on in Hammer.