Jackson Erdmann started on Saturday night for the Wild Aces in the first game of the Fan Controlled Football league. 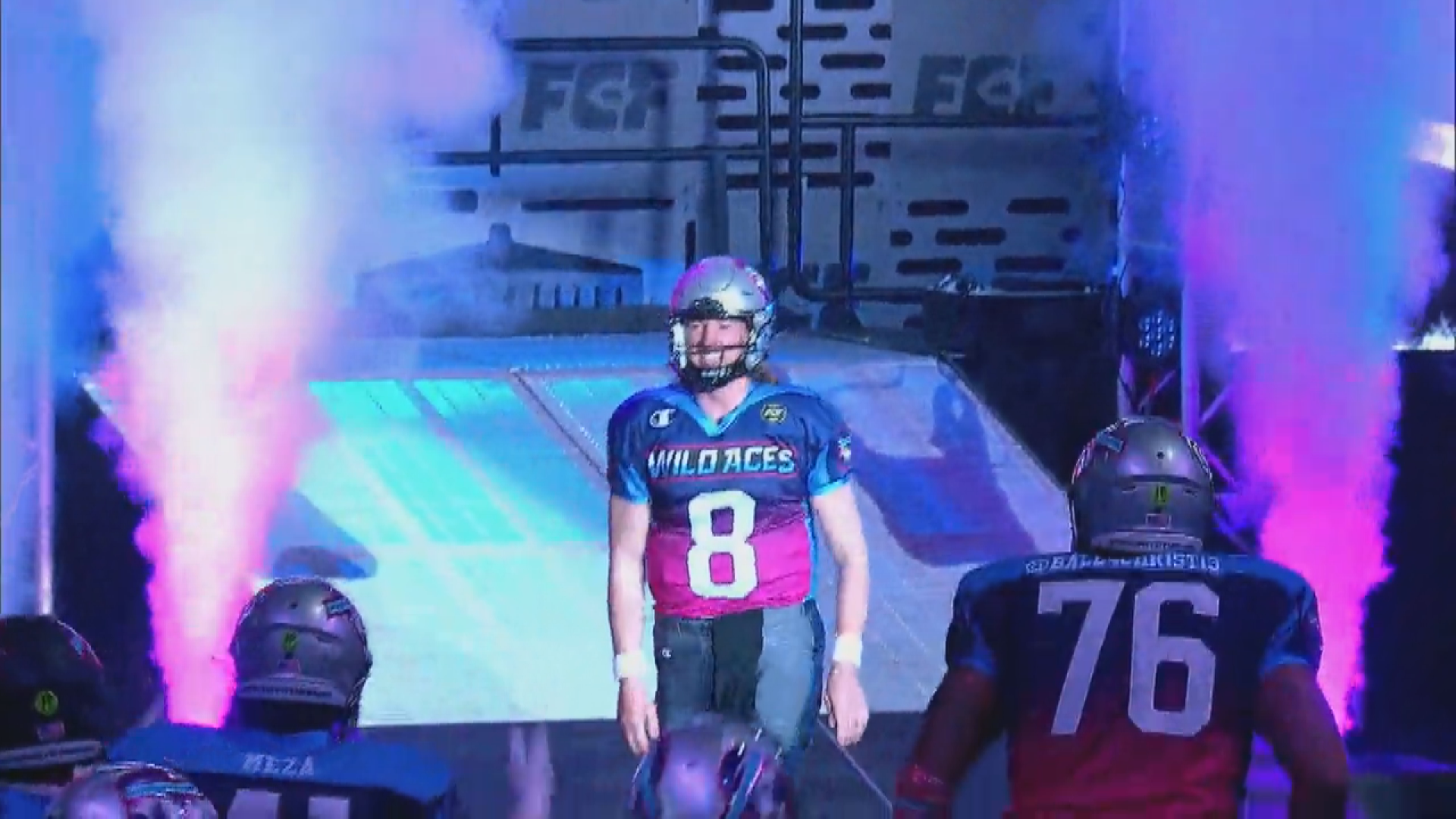 GOLDEN VALLEY, Minnesota — Cameras are always rolling on and off the field in the Fan Controlled Football league.

"I think FCF is taking 'Hard Knocks' to the next level. They're always filming, promoting multiple shows every day of the week. They’re livestreaming shows and practices," said Jackson Erdmann.

Erdmann, a former standout quarterback at St. John's, debuted for the Wild Aces in the FCF on Saturday night at the Infinite Energy Arena in Duluth, Georgia.

"I think it's a great opportunity in the FCF as I'm trying to make the next step to the CFL or NFL," Erdmann said.

His opportunity in FCF is at the hands of fans, who are calling the shots on Twitch.

"People are always yelling at the TV on Sunday's: run this play, you shouldn’t have done that, you shouldn't have kicked the field goal, go for it. Whereas, now we have a league that exists upon that foundation where it's up to the fans," he added.

The Aces have taken the lead.

"We have radios and we know all these plays from our playbook, so whatever the majority of the fans vote for that’s what we run," Erdmann said.

To assist the armchair quarterbacks, Jackson and his dad Jeff, the head football coach at Rosemount High School, put together a Football 101 video on calling plays.

"We tried to keep it really simple because they literally have 10 seconds to select run or pass and then pick a play," he said.

Jackson suffered a shoulder injury in the first half of Saturday night's game against the Glacier Boyz.

Erdmann tweeted Monday that his is planning to play in Saturday's game vs. the Beasts.

For more information on the FCF, click on this link.