Collin Martin is the only openly gay male player currently competing in professional sports. His team walked off and forfeited a match in support of him on Wednesday 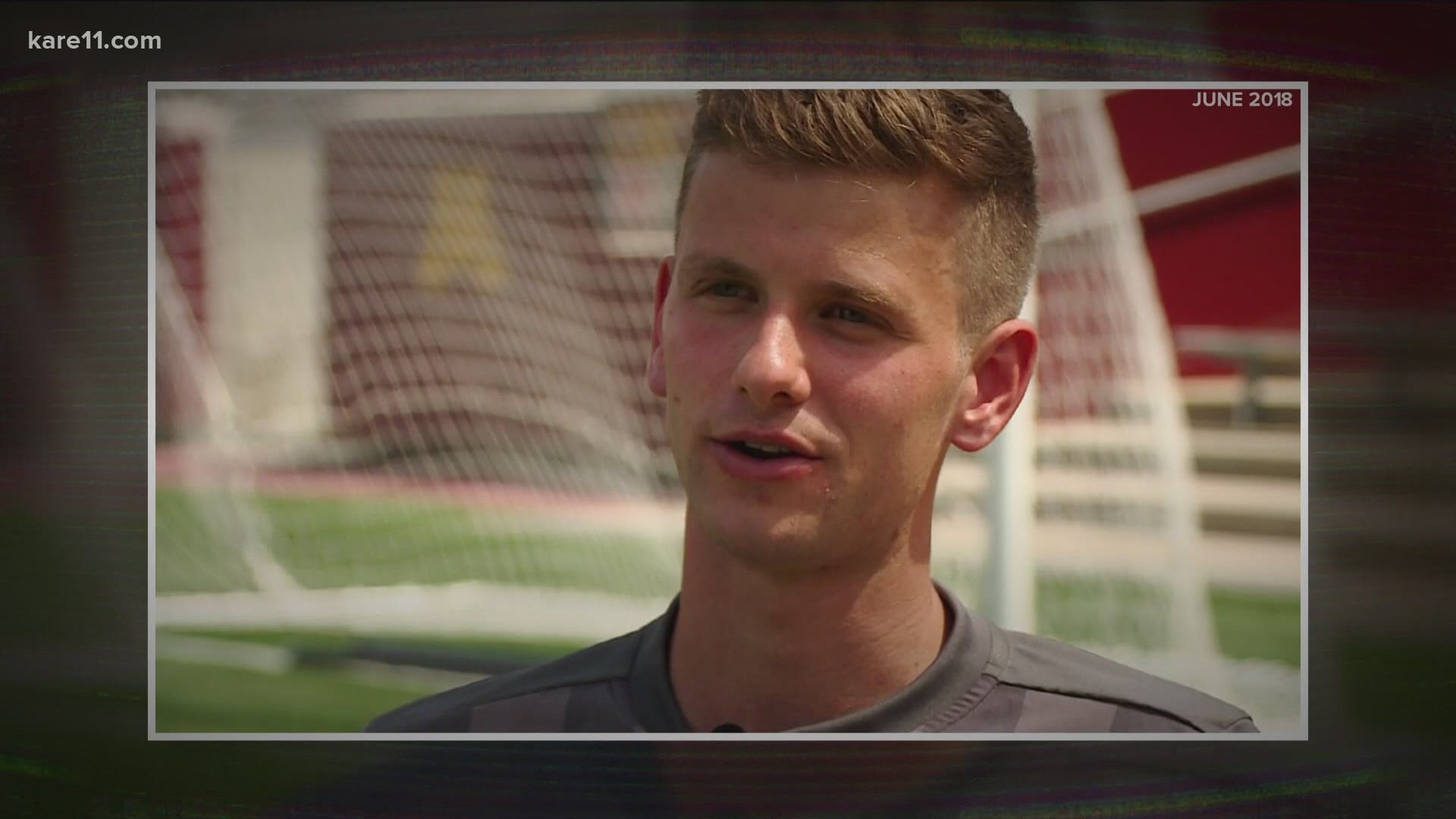 A professional soccer team from San Diego forfeited a pivotal match on Wednesday in solidarity with a teammate who was allegedly the target of a homophobic slur.

Collin Martin, a midfielder for the San Diego Loyal, came out as gay during a 2018 interview with Breaking the News, while he was playing for the Minnesota United.

Martin described the incident on Thursday that led to the forfeit.

“In last night’s game against Phoenix Rising, an exchange between Junior Flemmings and myself escalated to the point of him calling me a ‘Bati Boy’, which is a homophobic slur that can be translated to ‘f*****’. This is not the first time I’ve heard this homophobic slur, however it’s the first time in my eight-year playing career that a slur has been directed at me during a game.

“During the next stoppage in play, I tried telling the ref that a gay slur had been directed towards me, however he got confused and thought I called him gay – hence why I was given a red card thereafter.

“Once it was cleared up with the ref, as well as explaining to the fourth official and my coach what had transpired, Flemmings came over and told me that he knew of my “situation” (I’m an out gay man) and that he didn’t call me a slur. At this point it is clear to me that he was backtracking and attempting to deny what he said.

“Why would he say that slur to me if he knew I was gay?"

On Thursday, Flemmings denied the allegation in a statement of his own.

"At no point did I say a homophobic slur towards Collin Martin. I do not know Collin personally, but I respect all of my opponents equally, Collin included."

The USL Championship is now investigating.

"We are aware of the alleged use of a homophobic slur in tonight's match between San Diego Loyal SC and Phoenix Rising FC," the league said in a statement. "Foul and abusive language of any type has absolutely no place in our society and will not be tolerated in USL matches. An investigation is currently underway to determine the facts surrounding the incident and more information will be provided as soon as it is available."

San Diego coach, Landon Donovan, said the team didn't plan to forfeit. Instead, he said he first asked the referee to remove Flemmings from the game.

"(The referee) didn't want to send him off because he doesn't know what the word means," Donovan said. "Fair enough. I can understand that if he doesn't speak another language (Jamaican)."

Donovan says he then asked the Phoenix coach to do something.

It's not the first time a San Diego player has allegedly been targeted with verbally abuse language. Just last week, Galaxy II player Omar Ontiveros was suspended by the league, and ultimately cut by the team, after uttering the N-word in the direction of Loyal player Elijah Martin.

"We made a vow to ourselves, to our community, to our players, to the club, to USL, that we would not stand for bigotry, homophobic slurs, things that don't belong in our game," Donovan said.

Ives Galarcep, editor-in-chief of SBI Soccer, says the forfeit was a strong statement, especially in light of what was at stake for the Loyal.

"They had a lot on the line. They were still fighting for their playoff lives and they were actually winning the game. They were winning 3-1," he said. "They pretty clearly saw this for what it was and they could see the hurt in Collin Martin. Walking off the field was a powerful statement and it was really beautiful to see honestly."

In his statement, Martin said he wanted to focus on that support from his coaches, team-mates and the organization.

"Their collective decision to walk off the field in solidarity and forfeit the match speaks volumes of their support for me and what this organisation is standing up to.

“Ultimately, I hope this can be another example that we have a long way to go in educating ourselves and kicking hate out of our game.”

OTHER NEWS: As COVID cases surge in Wisconsin, Gov. Evers urges people to stay home as much as possible