The company recently partnered with LifeTime to help athletes get to the next level. 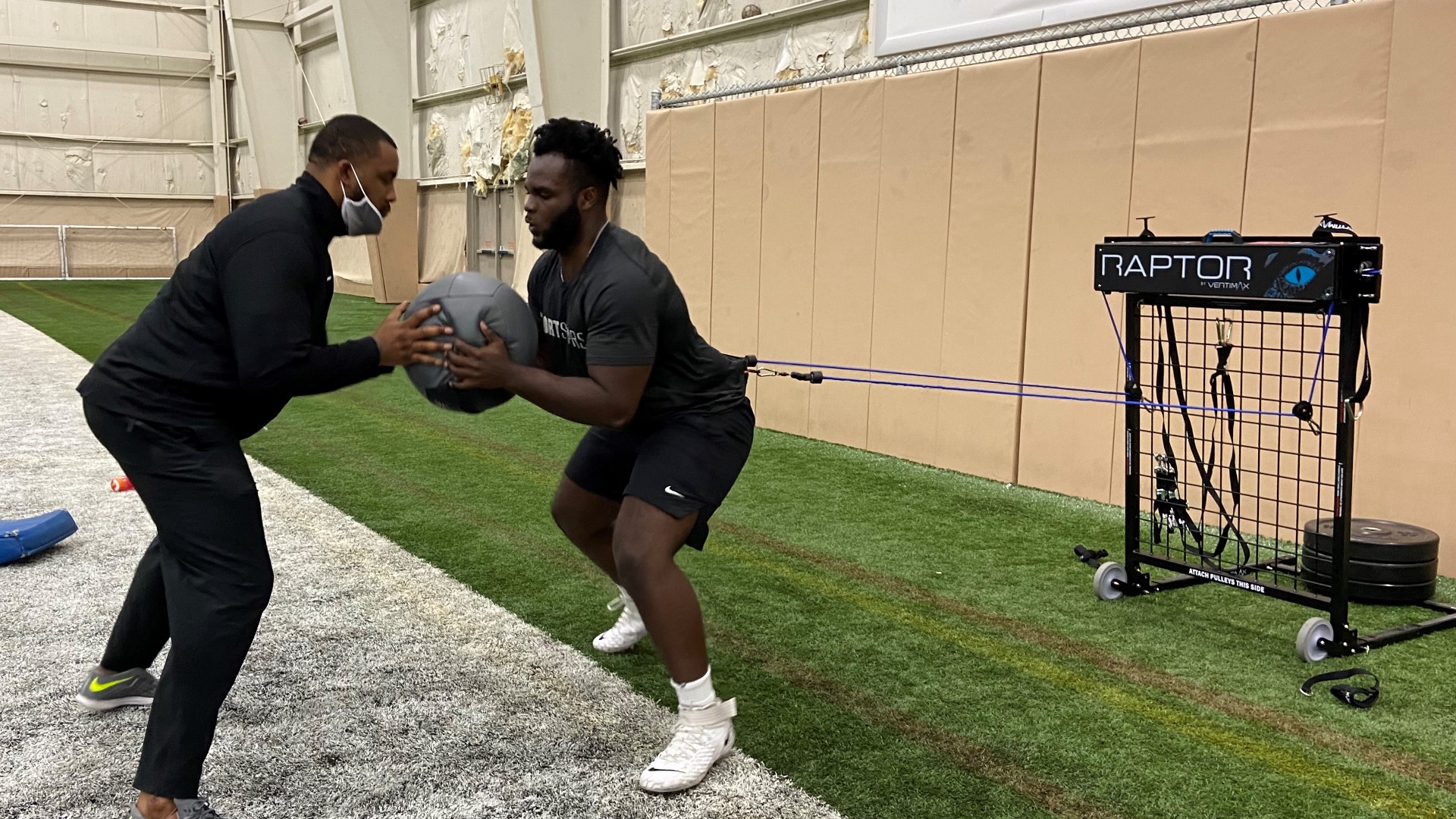 EDEN PRAIRIE, Minn. — Elite athletes come in all shapes, sizes and different backgrounds, but they all one thing in common — the desire to get ahead.

"We’re not for every athlete, we’re for the right athletes," said Game Face Founder and Performance coach DeVentri Jordan.

Game Face, which he launched in 2013, recently partnered with LifeTime at two locations in the Twin Cities.

“Whatever you do, you have to have your game face on," said Jordan. ”In the corner office, to the meeting to being on the field."

At one LifeTime LifeSport facility, which is also the former Minnesota Vikings practice facility, Jordan trains all types of athletes — from high schoolers trying to get a college scholarship, to players with professional aspirations

“This program is on par with other places. I trained at places across the U.S., and this place, we’re on an NFL field right now because it used to be the Vikings facility, and they have 100 yards of turf you can utilize,” said NFL prospect Kayode Awosika.

But physical training is only half of the formula.

“You guys see them playing for 60 minutes on Sunday, 90 minutes,” said Jordan. "But you don’t understand what those other six days are like.”

“A lot of kids wanna know what the next level is like,” said Hageman, who played both football and basketball at Washburn High School in Minneapolis. “What drills, or what do I need to work on to put me, or set me, to that next level. I am willing and able to give them those instruments for them to use.”

And merging those instruments on and off the field is Game Face’s ultimate goal.

“I try to meet athletes where they’re at,” says Jordan. “If I can always meet you where you’re at and you’re honest with me, that we can get you better.”

Getting athletes better. By having them face the reality of what real game training is like.