A year ago today, Kikkan Randall made Team USA history with Jessie Diggins. 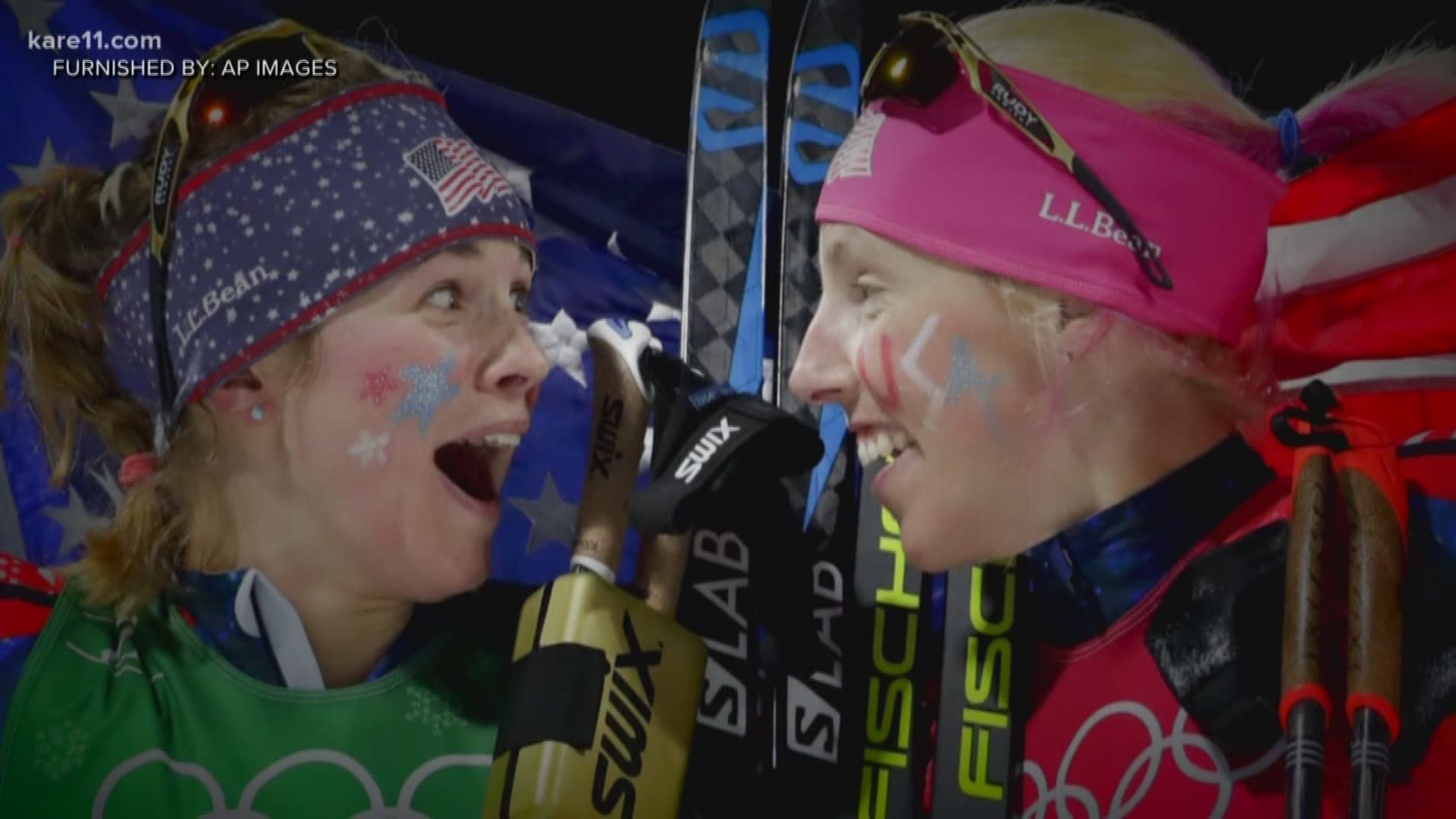 MINNEAPOLIS — It's the moment that put USA cross country skiing on the map and in the limelight.

But you might be surprised that before Diggins and Randall made history in the Olympics, they didn't discuss gold, silver or bronze.

"We never talked about the medals that day but we kind of had the confidence in ourselves we could do something great, and the rest is history," said Randall, who was in the Twin Cities Thursday.

For Randall, the timing was perfect. She started that relay, and watched as her teammate helped give her the perfect ending to her professional career.

"Holy cow," she said. "What a year it's been. Probably the most exciting year of my life, in so many different ways."

It's also been a year of different paths for the friends and teammates. Diggins, a Minnesota native, has been battling the competition in World Cup races, and this week, won another gold medal.

Meanwhile, Randall has been battling breast cancer ever since a sudden diagnosis last spring. But she too is winning, taking time between chemo to act as an ambassador for the nonprofit, Fast and Female.

"To kind of inspire our next generation of skiers and see the enthusiasm for skiing building all around the country," she said. "It's had a bigger effect than I could have ever hoped for."

Nowhere is that more evident than in Minnesota, where participation in high school girls cross country skiing has jumped 49 percent in recent years. That is why Diggins and Randall helped bring a World Cup race to Minneapolis next year.

Though Randall is retired and still fighting cancer, she has continued to train and plans to race at this weekend’s American Birkiebinder 50k race in Wisconsin.