"Coming to Gonzaga was one of the best decisions I ever made," Suggs said in a statement. 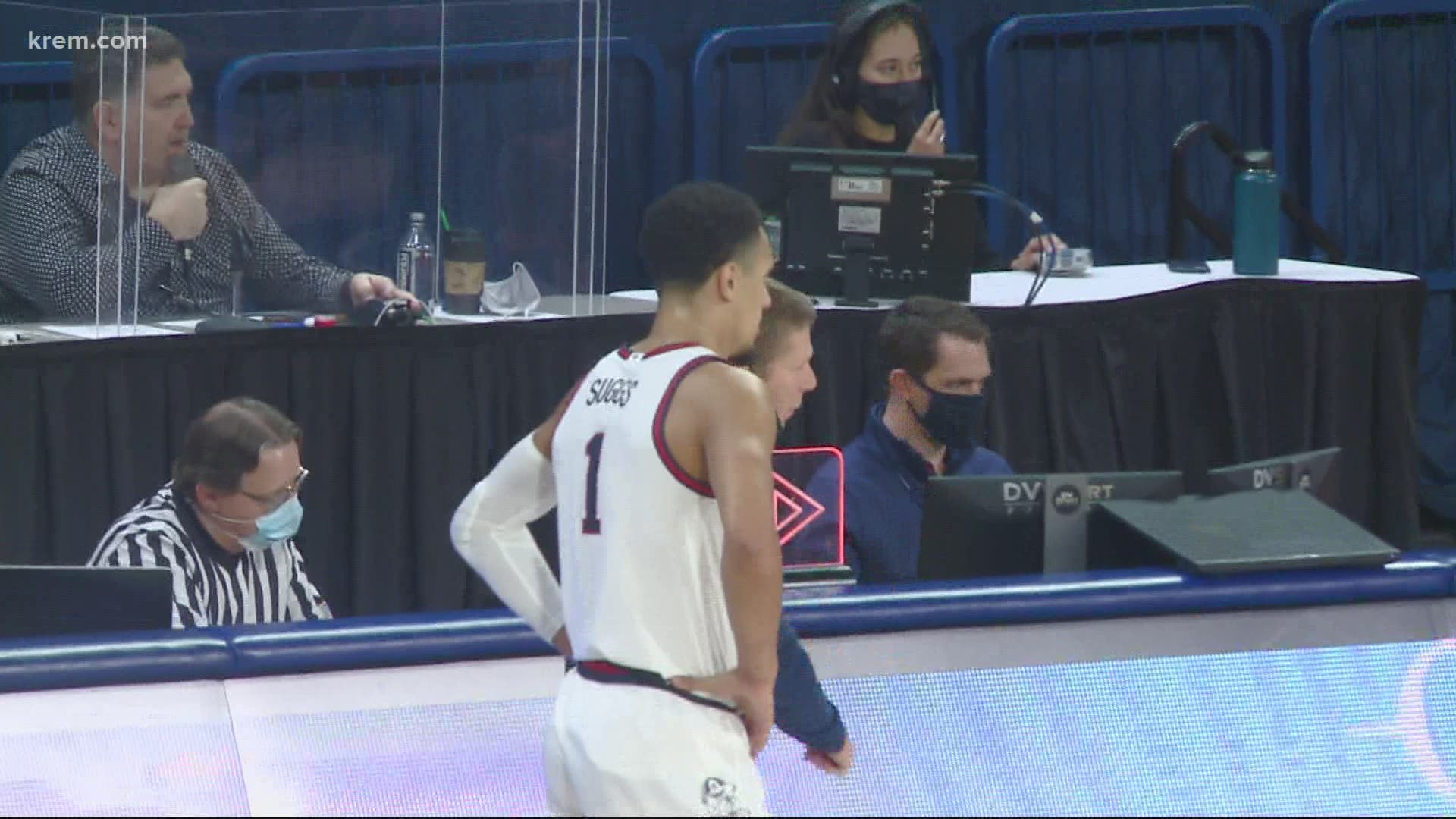 SPOKANE, Wash. — Gonzaga men's basketball guard Jalen Suggs announced via Twitter on Monday he is going pro and has declared for the NBA Draft.

The freshman averaged 14.4 points, 5.3 rebounds and 4.5 assists per game in his lone season with the Bulldogs.

Suggs is expected to be a top five NBA Draft pick. At the time of his commitment to Gonzaga, he was the highest ranked recruit to ever commit to the school.

He was selected as a Wooden All-American and to the Associated Press All-America second team.

Suggs will forever be remembered by Gonzaga fans for his near halfcourt buzzer beater in the Final Four of the NCAA Tournament against UCLA.

He set a career high in points with 27 against Iowa this past season, in which he made seven three-pointers. He almost had a triple double in three games against Pacific, Santa Clara and USC, but came up just short in all of them.

“I will be entering my name into the NBA Draft and signing with an agency,” Suggs said in a statement. “I’m very excited and I can’t wait to take this next step in my journey. It’s something that I’ve dreamed about since I was a little kid. Gonzaga will always be family to me. From the day these guys started recruiting me, they were straight and up front. They treated me like I was one of their own. Like I was part of their family from day one. Over the years the Gonzaga coaches have done a great job of developing their guys and getting them better. That's exactly what they've done with me. Coming to Gonzaga was one of the best decisions I ever made. I want to thank Coach Few and the entire GU staff for sharing their knowledge of the game. My teammates, my brothers, I cannot thank them enough. I will always be proud to be a Zag!”

The NBA Draft will take place on July 29.