University of Minnesota officials say nine student-athletes and six staff members have tested positive for the coronavirus over the past five days. 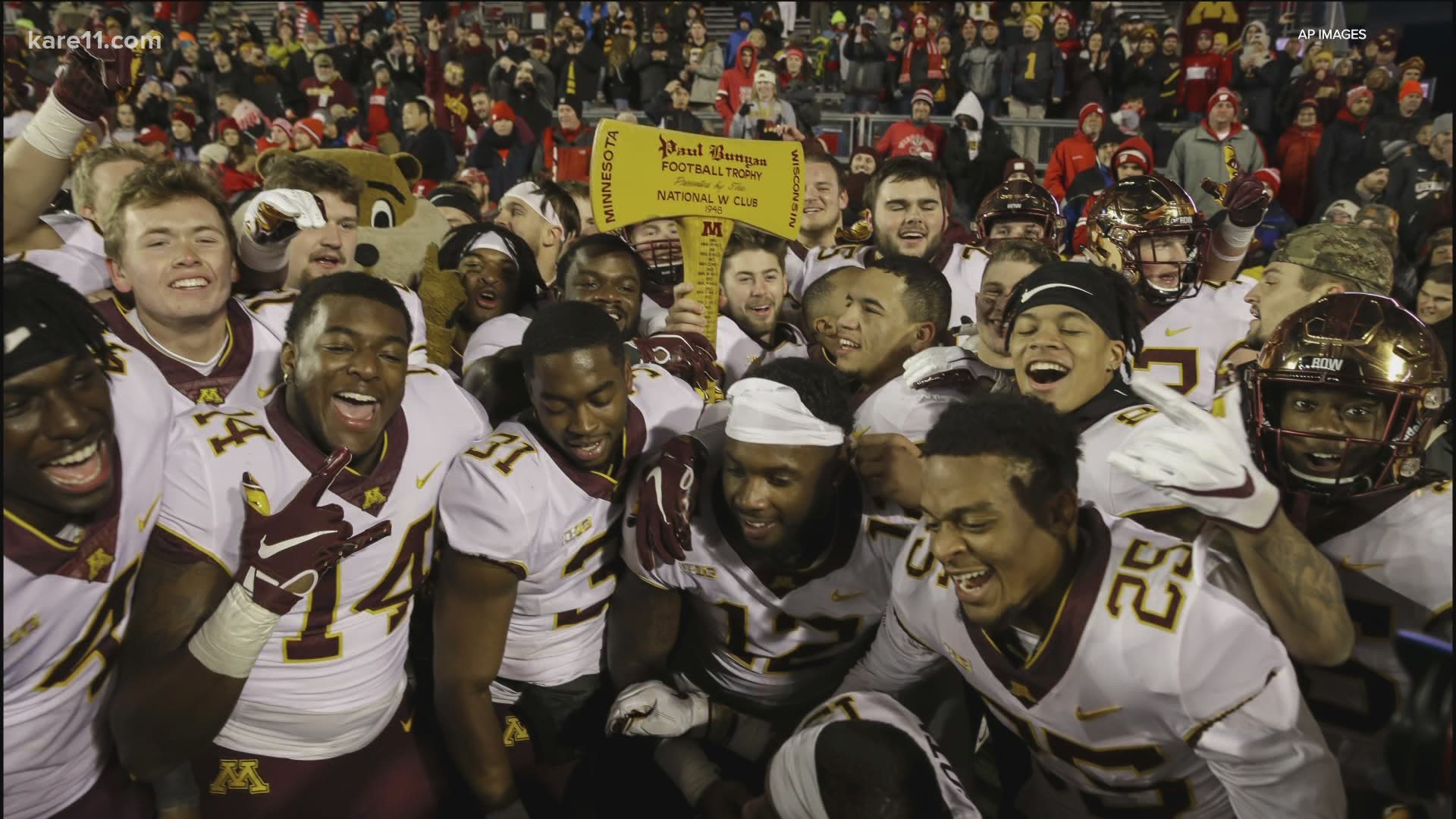 MINNEAPOLIS — The Battle for Paul Bunyan's Axe will have to wait another year.

The University of Minnesota football team's traditional game with Wisconsin this weekend has been called off due to positive COVID-19 cases in the Gophers football program.

According to a press release from Minnesota's Athletics Department, the game, which was slated for Saturday, Nov. 28, won't be played or rescheduled, per Big Ten policy this season. The game will be ruled a no contest for each team.

“The health and safety of our student-athletes, coaches and staff has always been our main priority,” said Minnesota's Director of Athletics Mark Coyle in a release. “We have experienced an increase in positive cases recently and have made the responsible decision to pause team activities. We will continue to rely on the guidance of our medical experts as we navigate the next several days. We are doing everything we possibly can to miss the fewest amount of days possible. Our goal is to be healthy enough and ready to compete on December 5 against Northwestern.”

According to the release, the decision was made by Coyle, university president Joan Gabel and Gopher Athletics' Medical Director Dr. Brad Nelson after consulting the conference.

“This is the right decision,” said Nelson in the release. “There was a sudden increase in positive cases and this pause will allow the team to focus on stopping the spread of the virus.”

University officials say nine student-athletes and six staff members have tested positive for the coronavirus over the past five days, along with additional presumptive positive tests on Tuesday. The team is still awaiting confirmation of the presumptive tests.

“The health and safety of our student-athletes will always come first,” said head coach P.J. Fleck in the release. “Like almost every program in the country, we have been affected on some level by COVID-19 every week this season, but these last few days have resulted in more cases than we have previously seen.

“I am disappointed for our student-athletes and our fans that we will not be able to compete on Saturday, but we need to focus on the health of our student-athletes and staff, which means stopping the spread of the virus. I support the decision made by our administration and medical professionals in consultation with the Big Ten Conference, and I want to thank our athletic trainers and team doctors for everything they are doing to support our program. We will return when it is determined safe to do so by medical experts.”

According to officials, the team has paused all team-related activities and before they'll be able to return to the field, they must take take PCR testing two times each week, along with the Big Ten's daily antigen testing.

Minnesota's next scheduled game is Saturday, Dec. 5 as hosts to No. 11 Northwestern.