Hear from PJ Fleck and the players on the takeaways from spring ball and what the up-and-coming Gophers football team will look like in 2019. 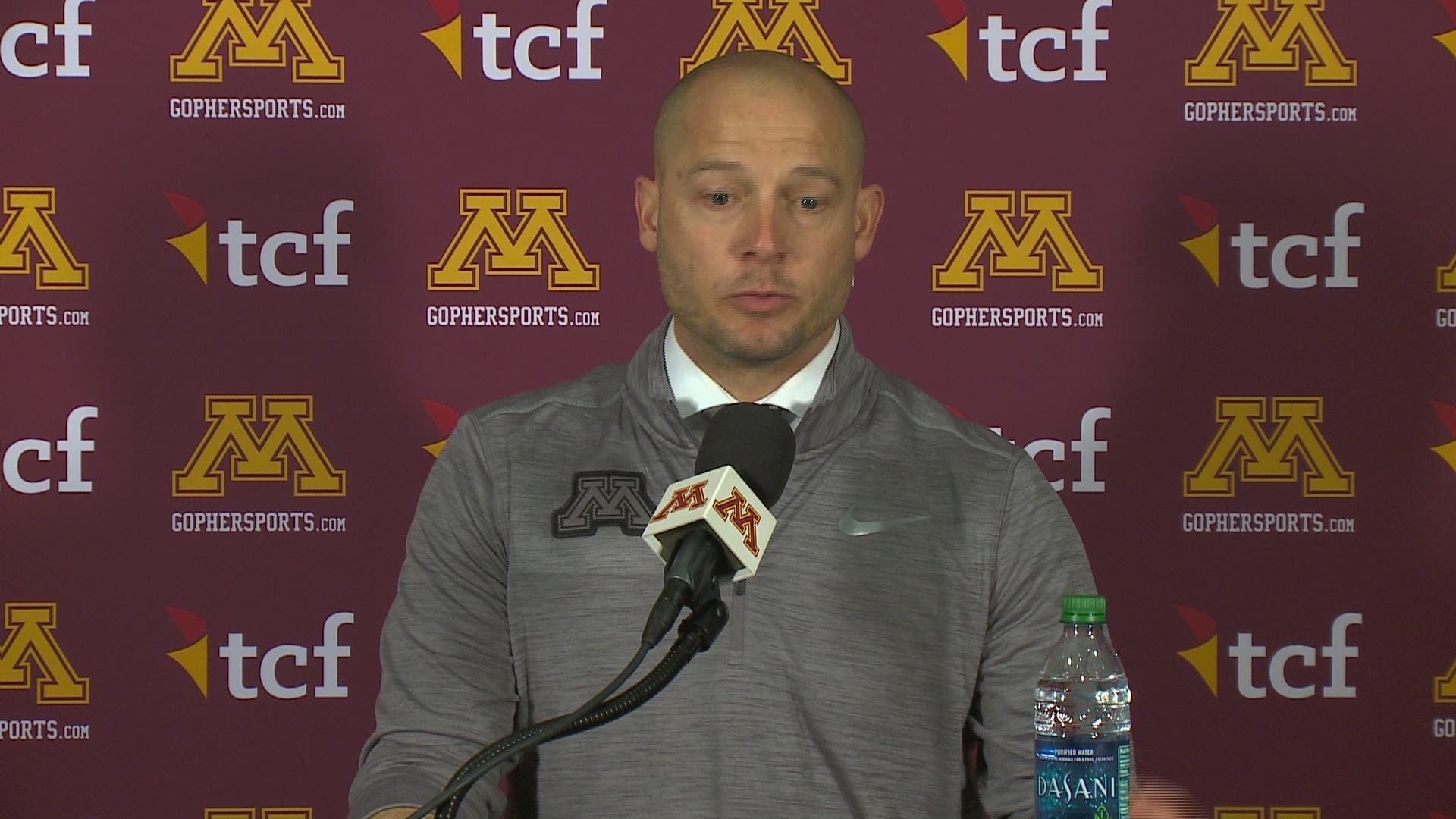 MINNEAPOLIS — The Gophers hosted their annual Spring Football game today.  Due to a snow storm earlier in the week, the Gophers were forced to hold the game indoors.  It was a chance for up and coming players to make a statement before Spring practices end in the following weeks.

One of the most notable topics heading into the game was the QB position battle between Zack Annexstad and Tanner Morgan.  Annexstad led the Maroon team, while Morgan led the Gold team.  Annexstad would finish 9-15, 191 yards, 1TD and 1 INT.  Morgan would finish 11-17, 139 yards, 2TD, 1 INT.  Both left a considerable impression on Head Coach P.J. Fleck.

Another question heading into this season would be the health of the running back core and the current state on who the Gophers are going to go with.  Ibrahim was the force on the ground during today’s scrimmage, he led all Gophers on the ground with 84 yards on 10 attempts.

Hear the takeaways from today’s game from Fleck himself, he even notes that he’s going to be able to be “very creative” with this flexible offense this season.