This is just the 2nd time the game will decide the Big Ten West title. 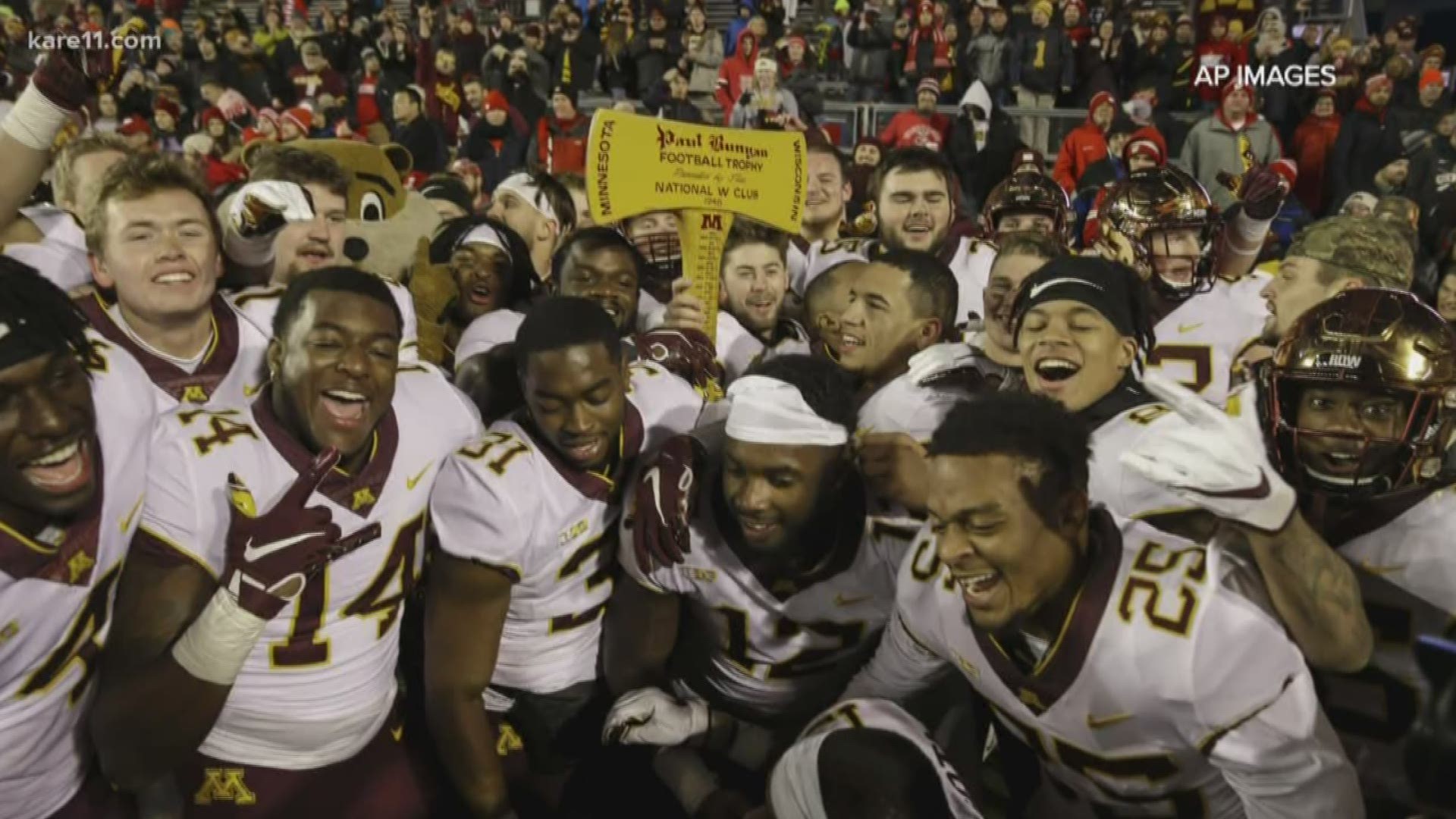 Just 270 miles separate the University of Minnesota and the University of Wisconsin but the schools are closer than you think, in terms of wins in this series. In This 129th meeting both teams have 60 wins a piece ith 8 ties.

The first meeting was in 1890 when the Gophers won 63-0. Back then the game was just for pride.

In 1930 the first traveling trophy was handed out, "The Slab of bacon". It wasn't actually a slab of bacon but rather a piece of black walnut wood. With the words bacon carved on each end implying the winner was "bringing home the bacon". The trophy eventually went missing for 50 years

Paul Bunyan's axe came along in 1948. The longest win streak was 14 games by the Badgers which was snapped by the Gophers last year.

This is the second time the meeting will decide the Big Ten west champion. The last was in 2014 when Wisconsin won 34-24

It's just the 8th time both teams have been ranked coming into the game and just the 3rd that both teams are ranked inside the top 15.

The rivalry runs deep on both sides of the river, you eventually dislike the other side.

RELATED: College GameDay coming to Minneapolis for first time ever

"It's probably the most important game of the season," says former Gopher and current Arizona Cardinals Tight End Maxx Williams. "It'd probably be bad to say that in season but when you get to that Wisconsin game it's kind of the game you look forward too the whole season. Knowing they are that big rival and we haven't had the best record against them. If we already had the Big Ten West clinched you're gonna want this but I think something we haven't done ever is win the Big Ten West and to go play in the Big Ten Championship is something special."

Regardless of which side you're on. There is no doubt this game is always circled first, but this year -- the Axe might be the secondary prize. To a Big Ten West title.