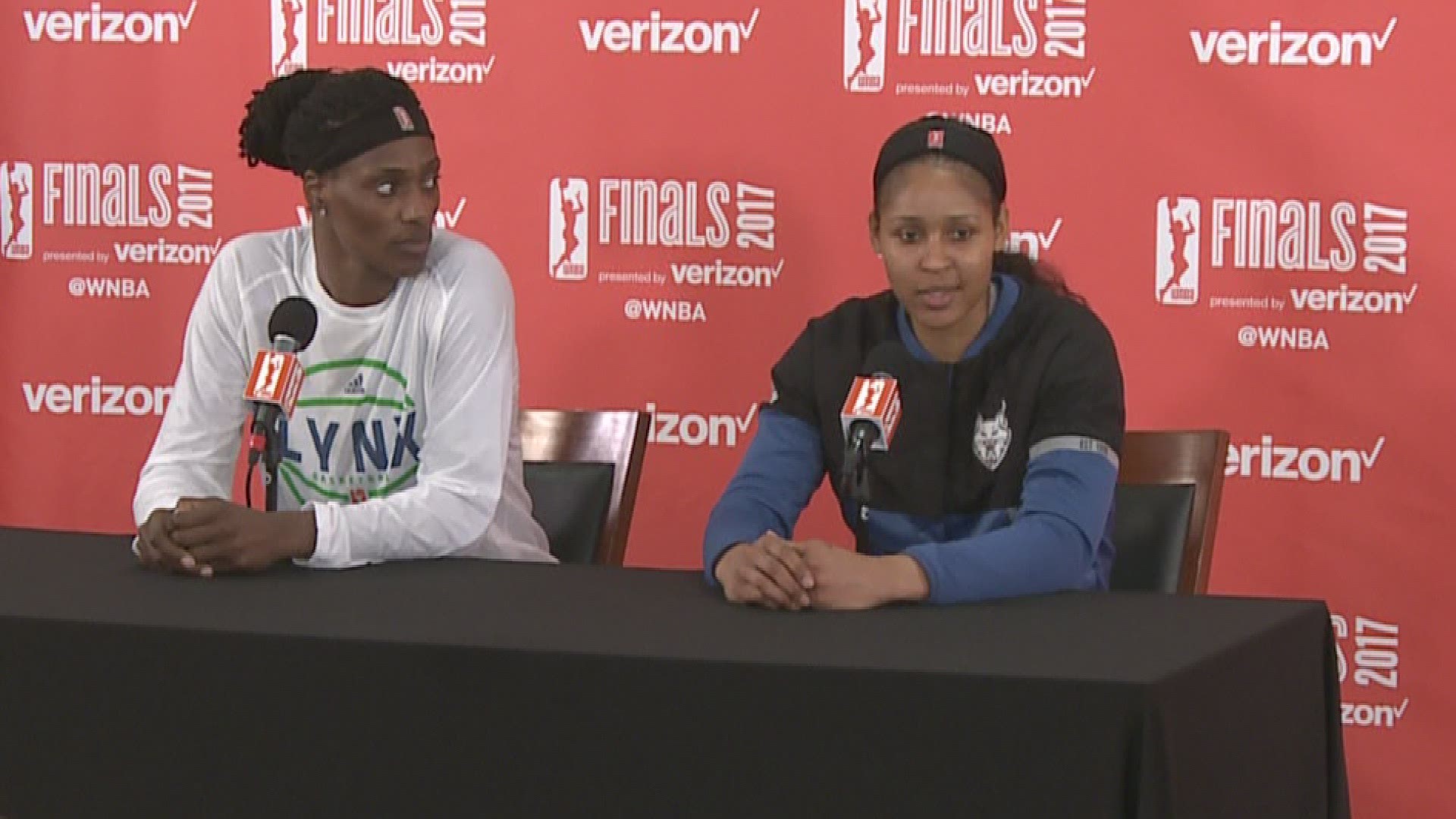 MINNEAPOLIS (AP) - Chelsea Gray's pull-up jumper with 2 seconds to play helped the Los Angeles Sparks avoid what would have been a stunning collapse and take Game 1 of the WNBA Finals, 85-84, over the Minnesota Lynx on Sunday.

Gray scored a career-high 27 points and Candace Parker added 15 points and 12 rebounds for the Sparks, who joined their NFL brethren by sitting out the national anthem. The Sparks led 28-2 in the first quarter and 78-66 with five minutes to play, but gave it all back after a charge from the Lynx.

Maya Moore scored 27 points and Sylvia Fowles had 22 points and 13 rebounds for the Lynx, who roared back from that 26-point hole to take an 84-83 lead with 6.5 seconds to play.

But Gray got free to knock down a pull-up 14-footer, touching off a wild celebration by the defending champions, who are trying to become the first repeat winners since 2002.