Having a ball on and off the court

Twin Cities couple has spent half of their marriage playing racquetball together. 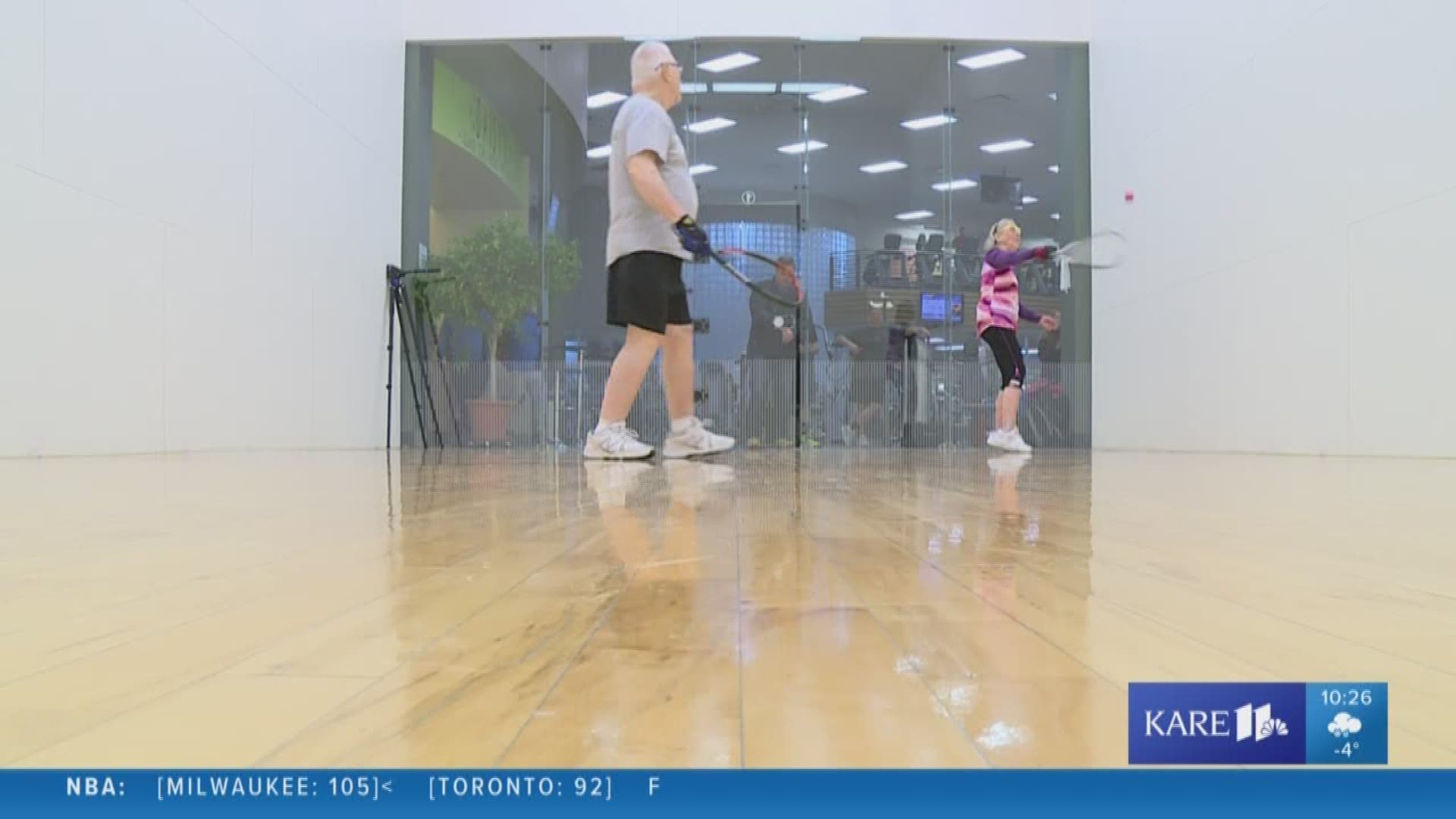 APPLE VALLEY, Minn. — For the past three decades, Jerry and Marilyn Hoagland have been playing racquetball together.

“Sometimes we get on the court when we haven’t been having a very good time at home,” Marilyn said. “Then we get here, and it’s all gone.”

Every Tuesday night, you can find the pair at the LA Fitness in Apple Valley, a place where they have become revered.

At 88 and 87 years young, the Hoaglands haven’t shown any signs of slowing down.

When Jerry and Marilyn aren’t facing each other, you can find them beating opponents more than half of their age.

“Guys don’t like to be beat by an old lady,” Marilyn said.

It started just for fun, but it’s now become a necessity for this couple of 58 years.

“It’s a lifesaver for me right now,” Marilyn said. “This is what keeps me alive. The exercise and doing it on a regular basis.”

But it’s more than just exercise or even fun for that matter.

Racquetball for the Hoaglands, is proof that couples who play together really do stay together.

“We shake hands afterward,” Jerry said. “Sometimes she doesn’t shake my hand, but usually she does.”