KARE 11 Sports Director Eric Perkins sat down with the Hopkins star to talk hoops and her future goals. 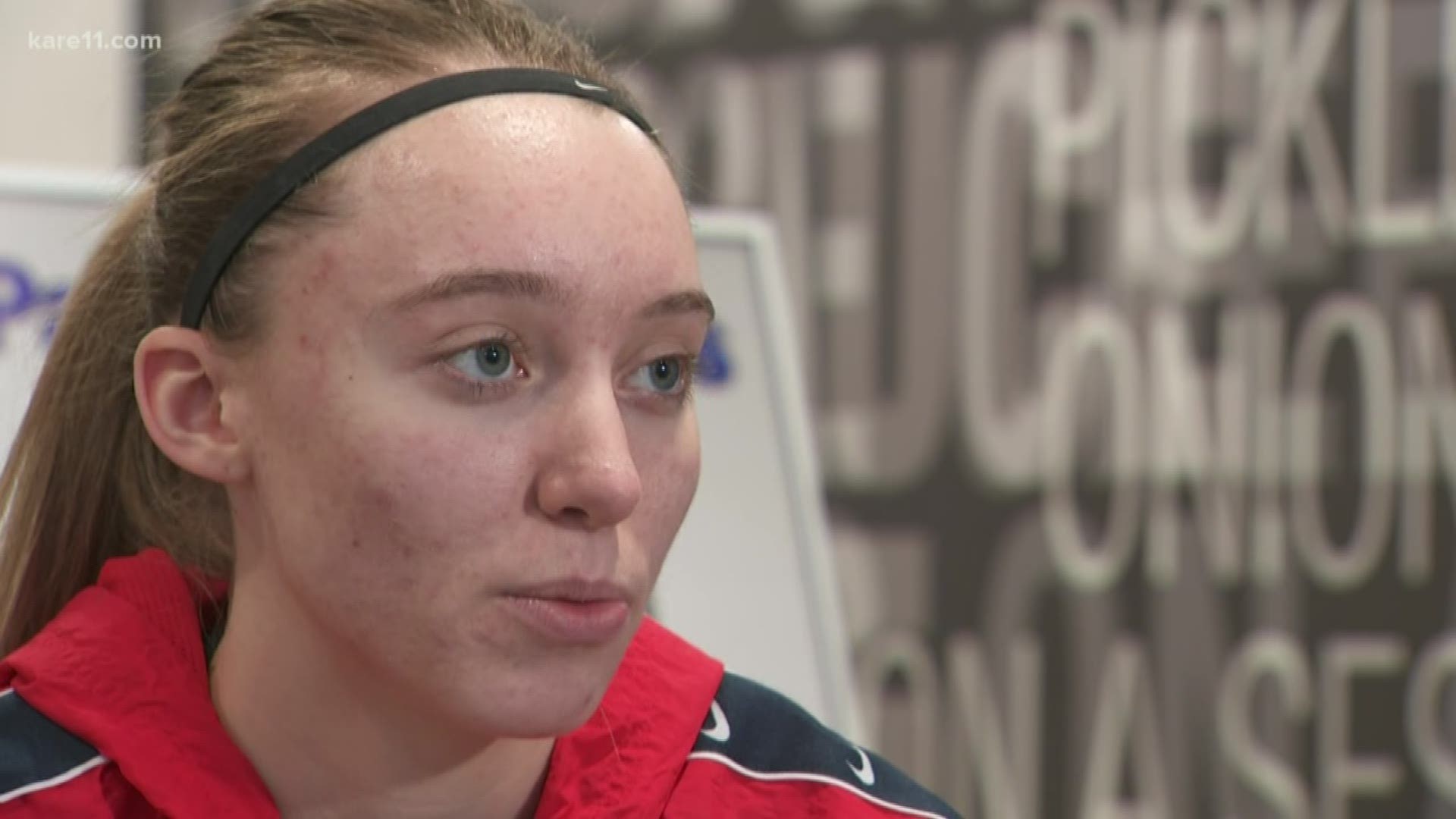 GOLDEN VALLEY, Minn. — She is widely considered the best high school girls basketball player in the country. The future is bright for Paige Bueckers, but the present is pretty awesome too. The Hopkins senior was just named to the McDonald’s All American team.

“Just to think of since I was a little kid and how far I’ve come. I’ve dreamt of days like these where I would be named a McDonald’s All-American and just to have my friends and my family celebrate it means so much to me,” she said.

Bueckers has also been playing for the Team USA U19 team, and was recently featured on the latest edition of Slam Magazine. Bueckers is the first high school female to ever grace the cover of the basketball publication.

“I just want to make the women’s game known. I want to help pave the way. I want it to be known that us girls can do amazing things too.”

On the court, the 5-foot 11-inch guard helped lead the Hopkins Royals to the state championship last season and the team is undefeated this season as they seek a repeat title.

“I’m not ever satisfied with what I’ve accomplished and what I’ve done in the past years. I think the thing that motivates me the most is that I’ll never be able to be perfect, so I can always reach a new perfect. I haven’t reached my full potential because I’m still in high school and I want to keep going in college and God willing the pros. I just don’t want to get up in the hype in high school and I just want to keep pushing.”

Bueckers was saddened by the sudden loss of NBA great Kobe Bryant and his daughter in a helicopter crash last week.

"We communicated through Instagram, like a DM it's a private message. We were going to work out this summer and he loves UConn. I was hoping to get out there with some UConn girls. He really cared about the women's game and that was so huge for a lot of us. He didn't care about gender and he was a great dad. He was raising great girls and Gigi who passed away she had a really bright future. I just want to continue their legacy and not let it die."

Bueckers has committed to play her college basketball at the University of Connecticut under famous hoops coach Geno Auriemma who has been recruiting Bueckers for years.