The Spring Lake Park/Becker game was an example of how COVID-19 has upended the football season. 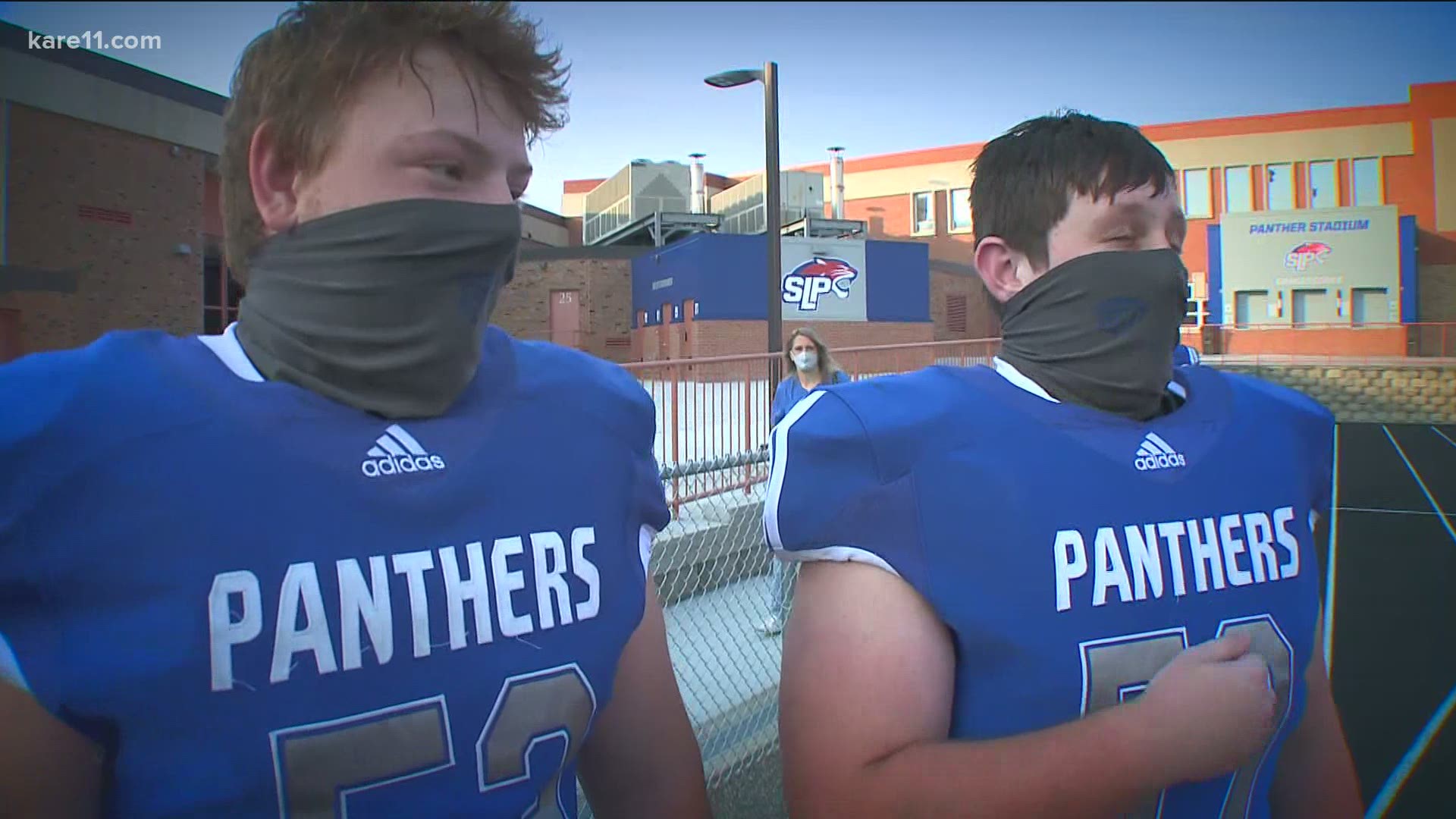 On Thursday, barely 24 hours before the Panthers’ delayed season opener, Stewart learned from his athletic director that their opponent, Armstrong, had dropped out for reasons related to COVID-19. Such is life in 2020.

“My heart dropped,” Stewart said, “when I went to go tell the kids there was going to be no game.”

Forty miles northwest, in Becker, a similar situation unfolded. Longtime head coach Dwight Lundeen, entering his 51st season after launching the Bulldogs’ program himself in 1970, found out Thursday that opponent Chisago Lakes had also canceled the Week One opener, after moving to a distance-learning model.

So Lundeen, one of the deans of Minnesota high school football, started preparing his team for a game against Delano on Oct. 16.

“I was really working them, since they had 10 days of rest. And then my AD taps me on my shoulder at 5 p.m., and says, ‘how about Spring Lake Park?’” Lundeen said. “I said, ‘wow! Stop doing what we’re doing! Get over on the sideline!”

It was game on: Becker at Spring Lake Park, 7 p.m. under the lights on Friday evening, to start the strangest high school football season in Minnesota history.

“Honestly, anything to play football at this point,” Spring Lake Park senior guard Ben Kehner said, after taking a Senior Day photo with his parents to commemorate his final season of high school football. “It’s gonna be a weird night.”

The players spaced themselves out six feet apart, taking up the entire sideline from ten-yard-line to ten-yard line. All of them brought individual tote boxes to store their equipment in the most sanitary condition possible. The band, rather than sitting, blared the Spring Lake Park fight song from the south end zone. District rules required the stadium to limit to capacity to only 250 people – mostly consisting of parents – and fans could not re-enter the concourse if they left for any reason. Shortly before kickoff, the public address announcer implored fans to wear masks and sternly laid out the ground rules so that fans would follow the guidelines.

The players did not use locker rooms. Concessions also remained closed.

That’s because, after all the uncertainty, there was finally football on a Friday night – something that seemed in doubt when the Minnesota State High School League initially moved the season to the spring before reversing itself last month.

“Unbelievable,” Dwight Lundeen said, calling the scenario unprecedented in his half-century of coaching. “Our whole world is upside down. I have so much respect for our teachers and our kids… it’s a difficult situation but we’re happy to be playing, and we’re thankful to be playing.”

The players expressed the same gratitude.