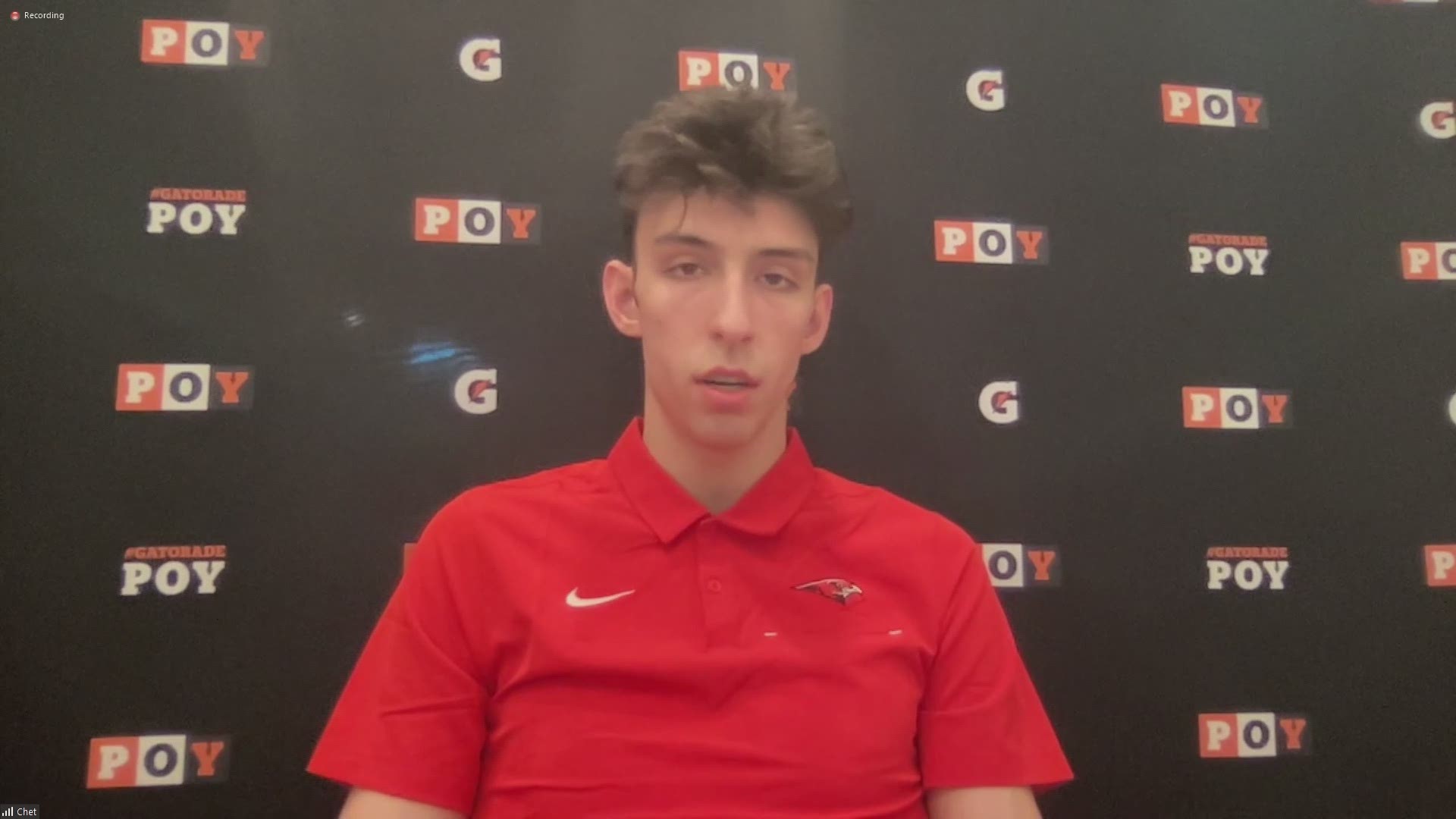 What do LeBron James, Kobe Bryant, Karl-Anthony Towns and Minnehaha Academy's Chet Holmgren all have in common? They've all won the Gatorade National Boys Basketball Player of the Year.

"It was something I was super excited to do and started looking forward to," said Suggs on being able to present the award to Holmgren. "Gatorade Player of the Year is a huge award. It's something that we've talked about, and you see, as you're growing up throughout the years, all the great players that have won it. So, to be able to be apart of his presentation and the way that he receives that award, I thought it was an honor."

"It's definitely an honor to have my name listed next to some other great names like that," Holmgren said of winning the award. "They continue to work hard after getting their name engraved on the trophy, and I plan to do the same thing to accomplish my future goals."

Holmgren's future will look similar to Suggs' as he takes his game to Gonzaga, where Suggs played one season before declaring for the NBA Draft.

RELATED: Holmgren of Minnehaha Academy is AP Player of Year, commits to Gonzaga

"I'm definitely very excited for that next step and to be able to play at the next level against great competition and with a great team," Holmgren said. "They had a great year last year. I'm going in with the mindset of working hard and doing what I have to do to try and have another successful year as a team."

Holmgren, and the Minnehaha Academy Redhawks, had a pretty successful year of their own. The 7-foot, 175-pound center averaged 20.8 points, 12.6 rebounds, 4.7 blocks and 4.4 assists as he helped lead the school to the Class 3A state title.

But it wasn't just his achievements on the court that earned him the award. Holmgren also maintained a 3.46 GPA.

“We are recognizing Chet as the best high school boys basketball player in the nation because of his dedication to performing on the court, in the classroom and in the community,” said Gatorade Senior Vice President and General Manager Brett O’Brien in a press release. “We take pride in looking at the whole athlete, not just the stats, and Chet is a role model for all of us.”