Tiger Stadium is part of the school's new campus. 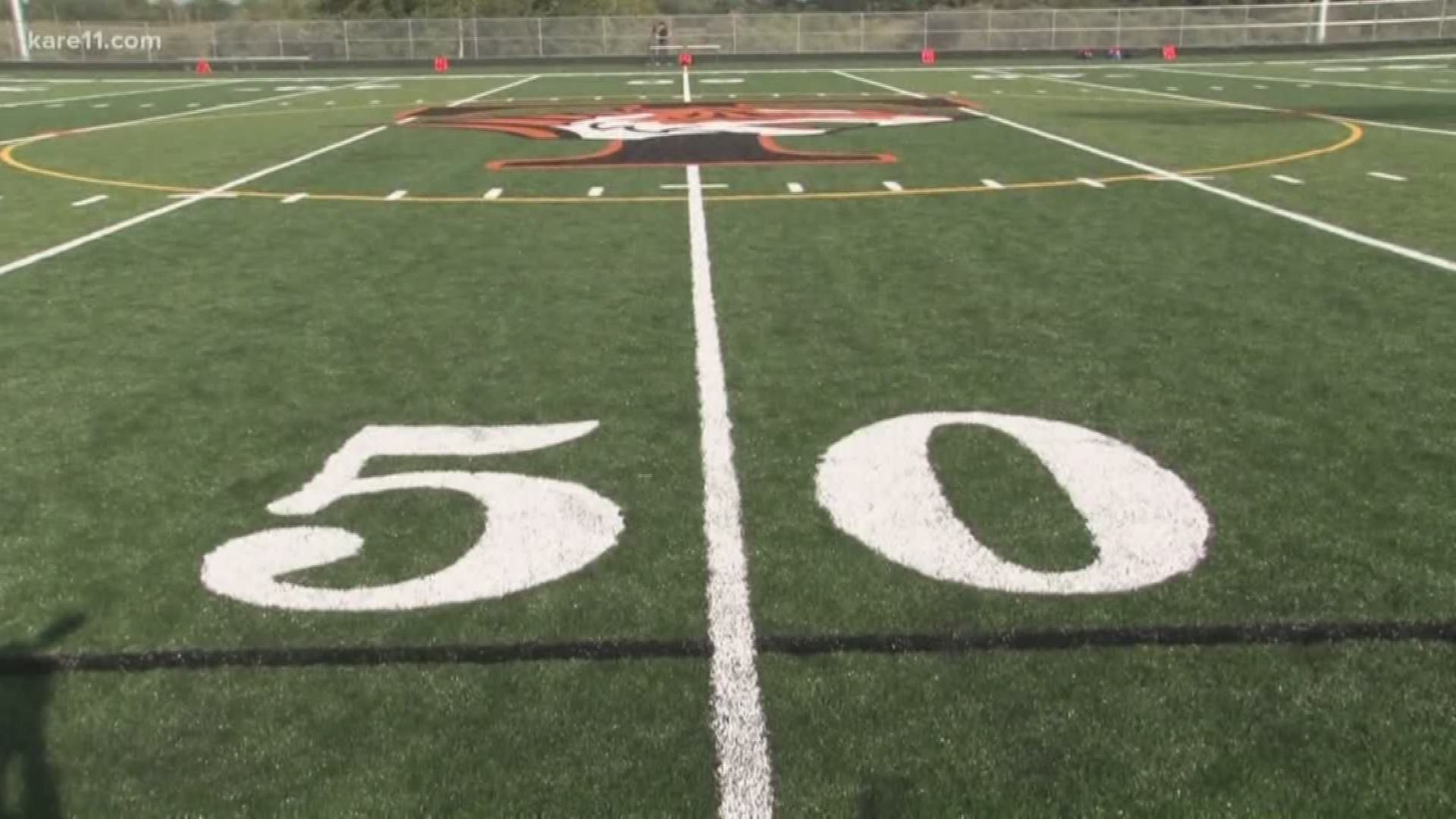 ST. CLOUD, Minn. — After more than a century near downtown St. Cloud, Tech High School is opening a new building in the fall of 2019, complete with a brand new on-campus football stadium.

"We've played in a bunch of different spots; St. Cloud State, we've been at St. John's University, which are beautiful spots, beautiful places," said head football coach John Benson. "We just never had that home field. That home vibe. And now we've got kids coming out of the building and walking to the stadium. It feels pretty electric to feel like we're home again."

The Tech Tigers host their cross-town rivals from Apollo High School to debut the new stadium. Coaches and players have watched the new school and football field take shape over the summer, but the Sept. 6 game is the first time they'll play on the field in game action.

The game also doubles as a Tackle Cancer game for both Tech and Apollo, raising money for the Randy Shaver Cancer Research and Community Fund.