Ron Stolski is everything that's right with football. The dean of Minnesota coaches starts his 56th season this fall, the last 43 at Brainerd High School. 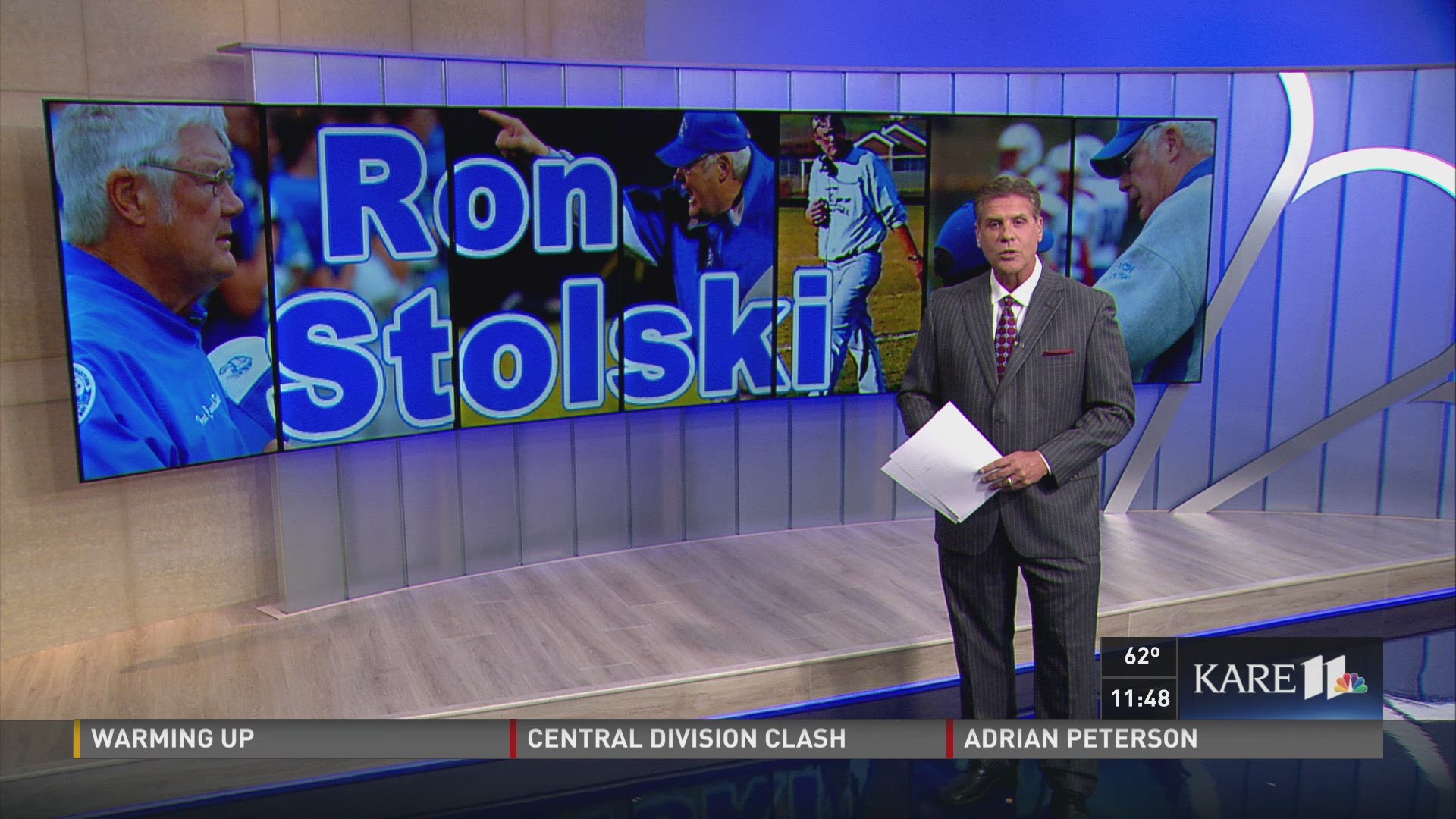 BRAINERD, Minn. - “I think football is one of the great metaphors for life,“ says Brainerd head football coach Ron Stolski.

Ron Stolski is everything that's right with football. The dean of Minnesota coaches starts his 56th season this fall, the last 43 at Brainerd High School.

His take on the game, and his role, is refreshing.

“I think a coach really earns his wings when he understands, it's not about him. And the sooner that happens to you in coaching, the better coach you are, it's about the kids,” says Stolski.

And he defends the game, despite some negative press lately, saying Minnesota high school football is as safe as it's ever been.

“The gains we made in equipment , the gains we've made in how we practice, the gains made in safe play, durations and so on,” says Stolski.

“We need to do as good a job of saying these are the benefits of football to as many as we can, and then create disciples who say, my son played.”

Stolski has certainly done that at Brainerd, where Ron is now coaching the grandchildren of former players. Yes, he's been in the game that long.
And even though he's very good at the X's and O's, it's the way Ron connects that sets him apart.

“I'm going to be a giver, that's something Ron talks to kids a lot especially during offseason, be a giver,” says Jeff Ramey (Brainerd Assistant Coach).

“You meet a former player on the street or some event in the Twin Cities, and they reach out their hand and they say Coach sometimes not nearly often enough you have a chance to be a part of something greater than yourself and it begins with a belief that we can, boom. That's what keeps you going, “ says Stolski.

Ron Stolski is an English teacher by trade and few can express in words the way Ron can.
On the night before his first ever practice at Brainerd in 1975, he wrote down what was in his heart.

“And so it begins, years ago they came from farm fields, and two story houses, lights twinkling in the morning quiet, ruddy-faced boys with patches on their pants and sunburned faces, when they got there, I was waiting, hoping to do them a bit of good. Now, many, many, many games later, they still come and when they get here I'll be waiting. It will be that way I fear as long as there are lights in the morning quiet and breath in my soul.”