Soccer, cross country, girls tennis, swimming and diving will remain in the fall. 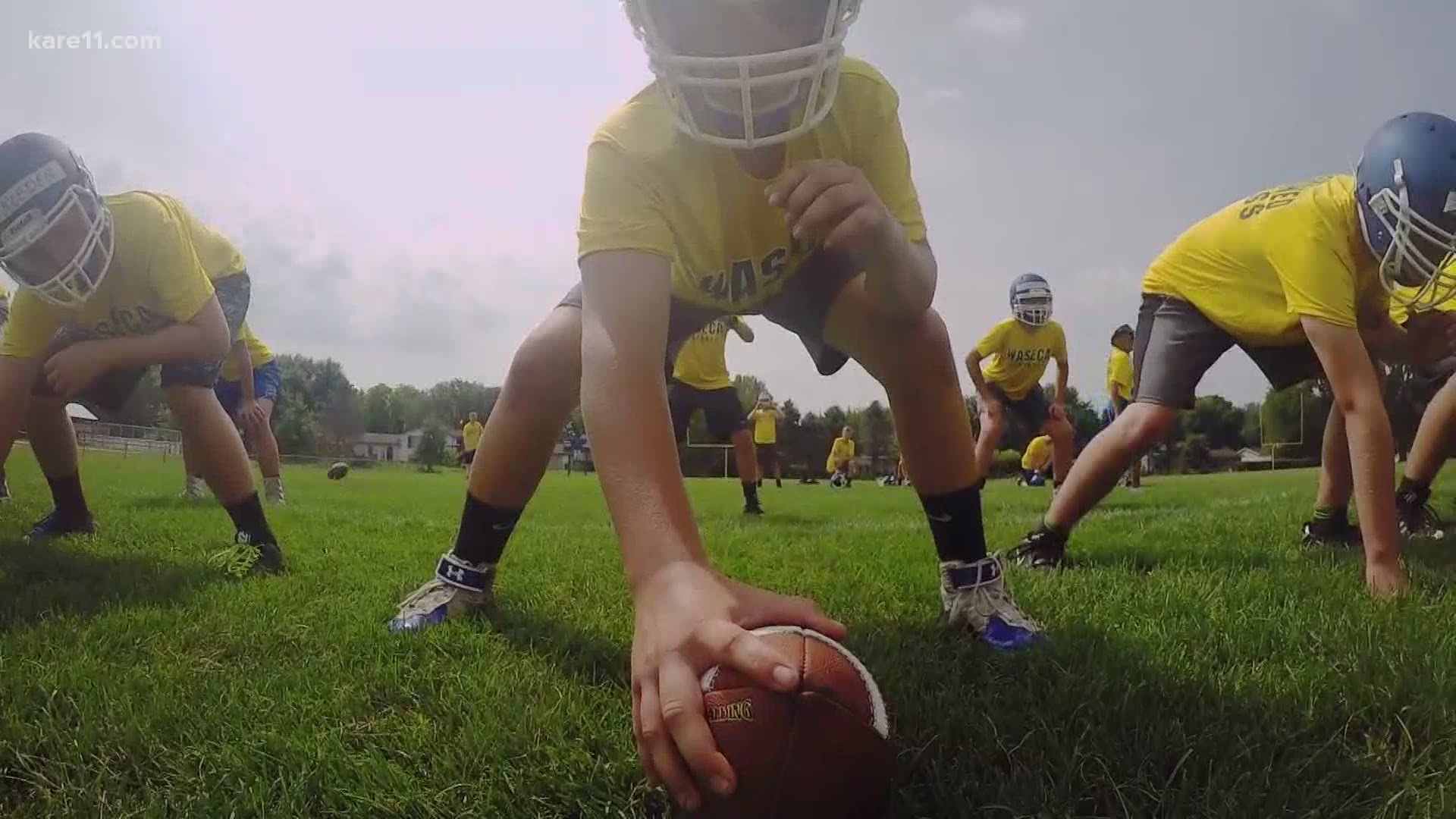 ST PAUL, Minn. — The Minnesota State High School League (MSHSL) is taking a mixed approach to the return of fall sports amid the ongoing coronavirus pandemic, with both football and volleyball moving to spring.

In a special Zoom meeting, MSHSL board members voted to move football to spring on a 13-5 vote. An earlier board motion to play football in the fall with restrictions failed on a 12-6 vote.

Several board members noted football is considered to be high risk for coronavirus transmission by the Minnesota Department of Health (MDH). Other members noted that moving football to spring also impacts several other activities, including band and cheerleading.

A spring football season is expected to take place from March to May 2021, but with a reduction in the number of games and weeks played. It remains unclear if fans would be allowed to attend games.

Volleyball and Football move to the spring.

Earlier, MSHSL board members voted 11-7 to move indoor volleyball to spring. An initial vote on the spring move failed; however a vote to keep volleyball in the fall also failed moments later. Board members had expressed concerns about a spring volleyball season interfering with club volleyball leagues. However, members were also concerned about whether MDH would approve fall volleyball matches, due to face-to-face play and the indoor nature of the sport.

So Volleyball is moved to spring season by a vote of 11-7.

In a separate vote, the MSHSL board decided both football and volleyball will be allowed to have organized practices in the fall, subject to decisions by the eligibility committee.

With the shift in the calendar, MSHSL will adopt a "four season" model. According to MSHSL's John Millea, the fall and winter sports calendars will remain largely the same; football and volleyball will be scheduled from March to May, and traditional spring sports will move to a summer schedule, from May to early July 2021.

RE: baseball, track, softball -- season will be held May until early July. https://t.co/Yhhq5e91y8 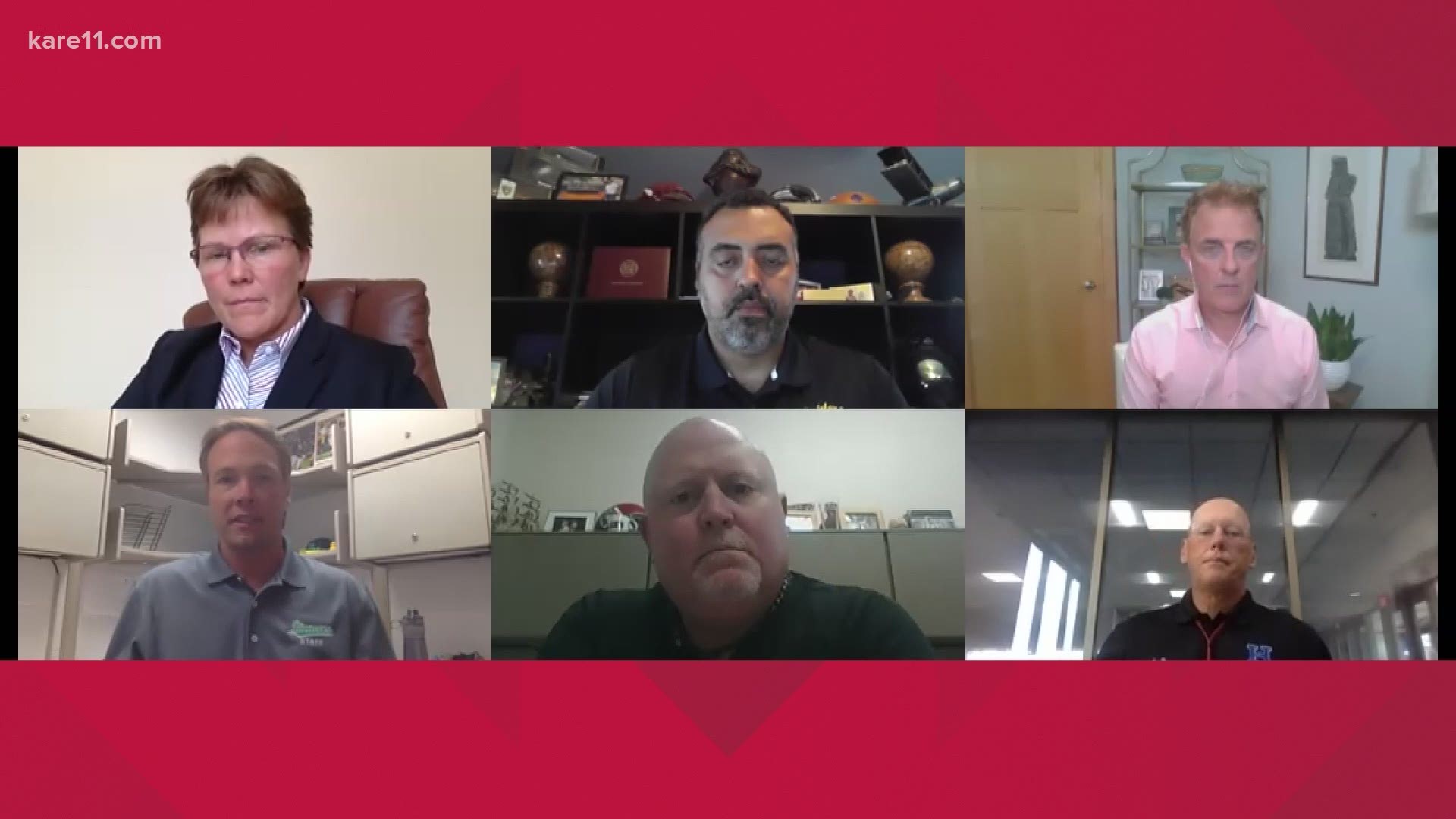 Board members also voted to allow soccer seasons to go forward this fall, with modifications. The season would start in less than two weeks, on August 17, with a 30% reduction in competitions and a 20% reduction in weeks. One to two games would be allowed per week, with no scrimmages. No decision was made on a postseason plan.

Earlier, MSHSL board members voted 17-1 to allow individual sports to continue this fall, including cross country, girls tennis, girls swimming and diving. Several restrictions will be in place, with cross country events limited to three teams per contest; while only two teams will be allowed for tennis, swimming, and diving. The league will also shorten the seasons and the number of contests per sport.

Start Cross Country, Tennis, Swim and Dive for fall season:
20% reduction in weeks, 30% reduction in contests. 1-2 contests per week of season.
No more than 3 teams in contest for CC, 2 teams in Tennis and swim
Yes: 17
No: 1

The sports decisions come as the state is taking a district-by-district approach to returning to the classroom for fall, with individual districts deciding whether to hold class in person, via distance learning, or by using a hybrid model.