After the game, Shakopee head coach Tom Schleper was given a plaque to commemorate the win. 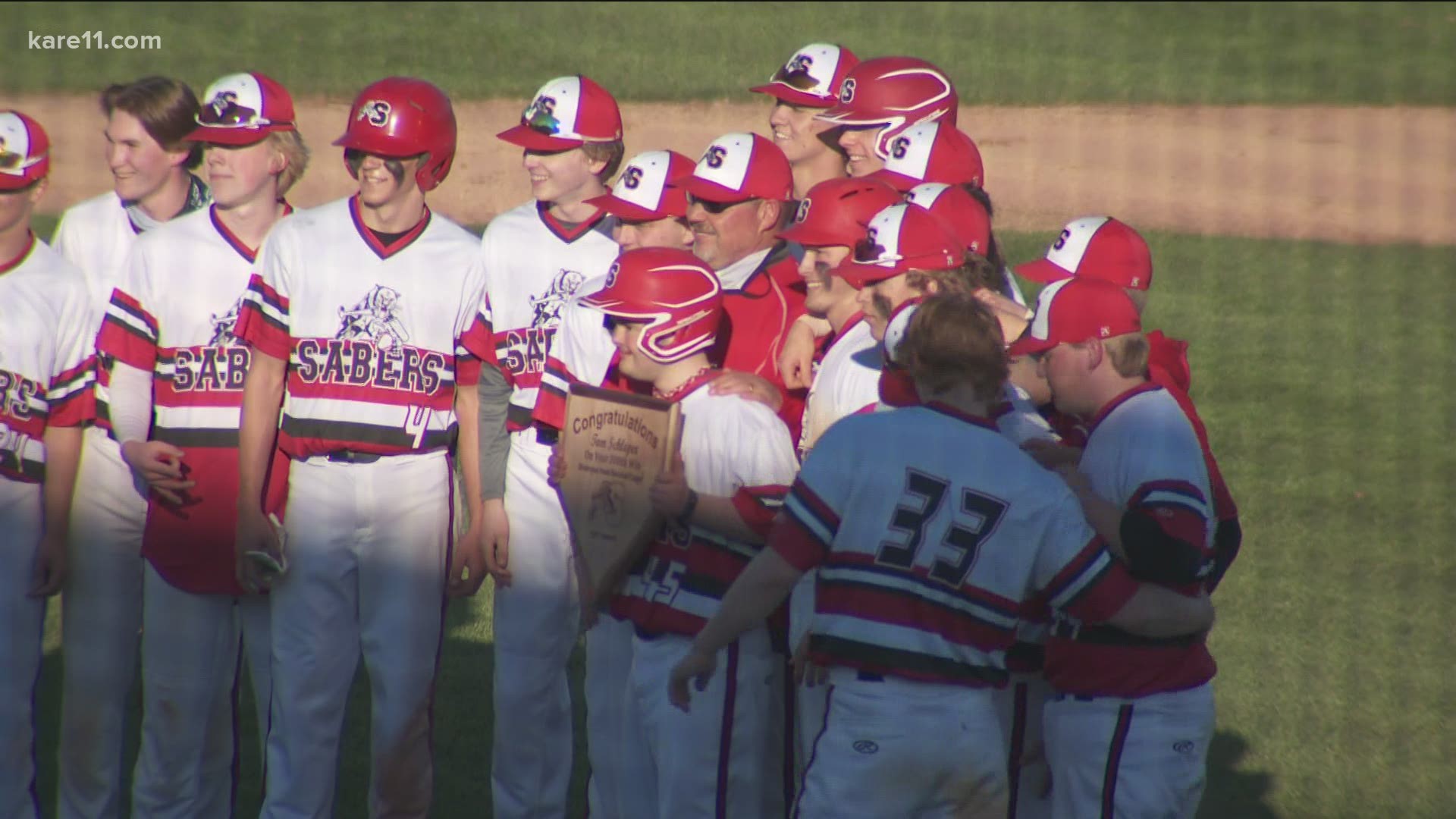 The Sabers raced out to an early 2-0 lead after the first inning, but too many walks and an awkward fly ball that landed in-between three Sabers allowed the Cougars back into the game.

Trailing 4-2 entering the seventh inning, the Sabers loaded the bases with nobody out. Shakopee had already pushed one run across the plate when Jacob Skogrand connected with a pitch and sent it into the right-field gap, bringing home two runs and securing win number 300 for Schleper.

After the game, Schleper was given a plaque to commemorate the win.