The league, which will consist of roughly a month of games, has a boys division and girls division, is optional and won't be coached by the team’s regular coaches. 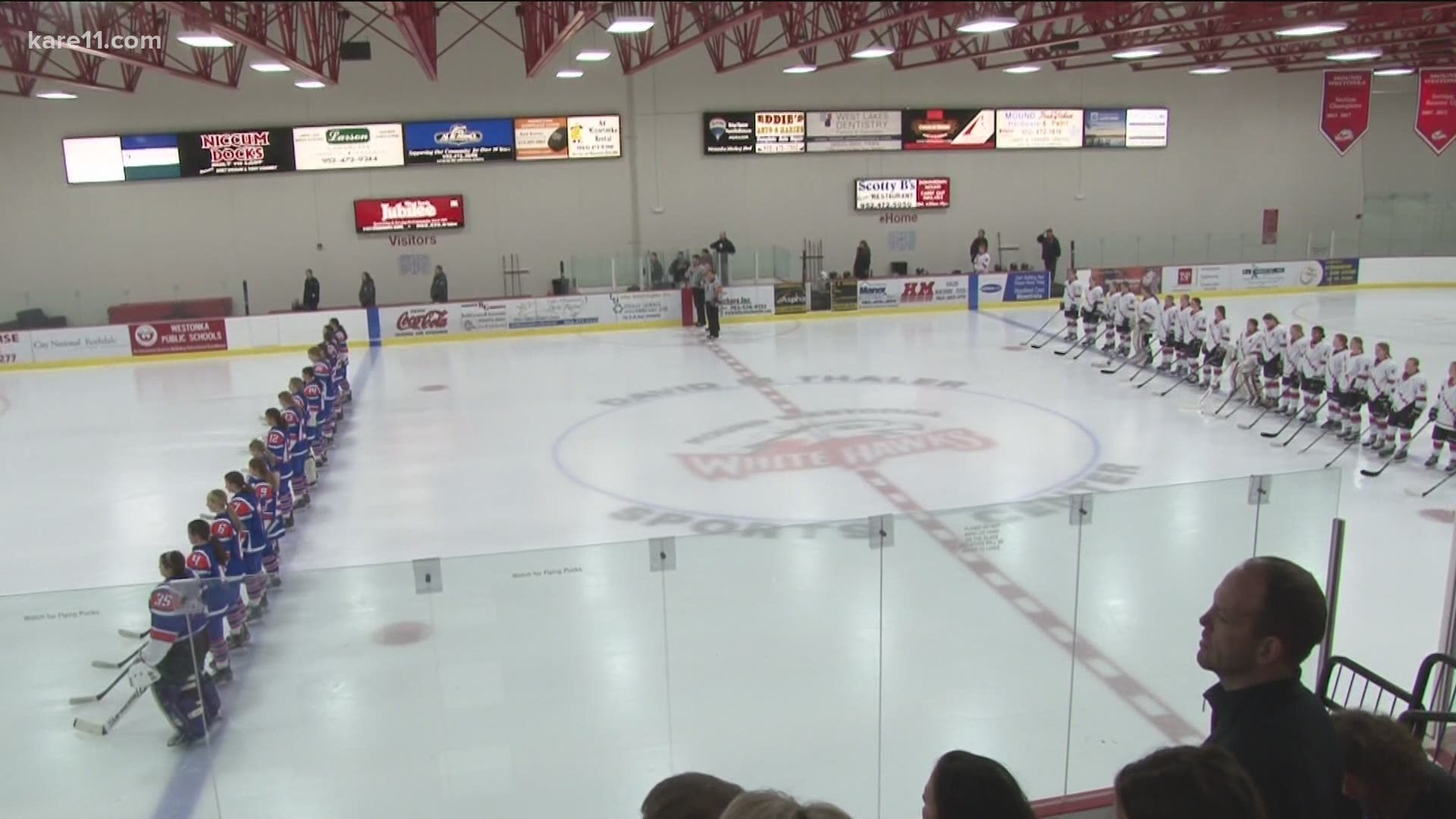 The puck will drop this fall. Just not the way most high school hockey programs thought it would

“Trying to find something to fill a void for our kids," says Buffalo High School boys hockey coach Aaron Johnson. “And give them an opportunity to have a 'normal season.'"

When the MSHSL pushed back the start of the hockey season, the Minnesota High School Hockey Coaches Association sprang into action with an optional bridge season. Roughly a month of games – as many as a team would like to schedule – giving kids a chance to play at home, instead of elsewhere.

“Our kids have options that maybe a lot of other programs don’t have,” says Johnson. “Whether it’s going to juniors or out to Plymouth (Michigan) with the national program, going to Canada and playing in some of the leagues up there or Triple-A to play. Our biggest fear is that we lose some of those top-end kids that have those other options, and it takes away from some of the product that people have seen over the years.”

The bridge league, which has a boys division and girls division, is optional and won't be coached by the team’s regular coaches. And while every team in Minnesota has been invited, not everyone is in.

For some programs, their athletes are playing other sports. For others, the travel is too great. So while it’s good for some programs for others it just isn’t feasible.

"There are plenty of opportunities here locally or kids to continue to skate and train," says MCHA President and Moorhead Boys coach Jon Ammerman. "It's not something that made sense for our program but it does make sense for other programs. And for that reason, there are a lot of other programs throughout the state taking advantage of it."

They’re also taking precautions to keep kids safe during this, but the thought from some coaches is that having their sport threatened by COVID, will keep the kids more vigilant

“Our line would always be, ‘Do you love hockey? Well then wear your mask. We want this hockey season to go on,'" says Johnson. "It’s an easy sell for most people when you know there is something that means a lot to you and you love doing and you don’t want taken away.”

With so much taken away already, to have any sports at this point, seems to be better than none at all.