Huskies hopeful they can finish the job this time

Experience, leadership and a shared bond has pushed the Andover girls to earn the No. 2 seed in the state tournament. 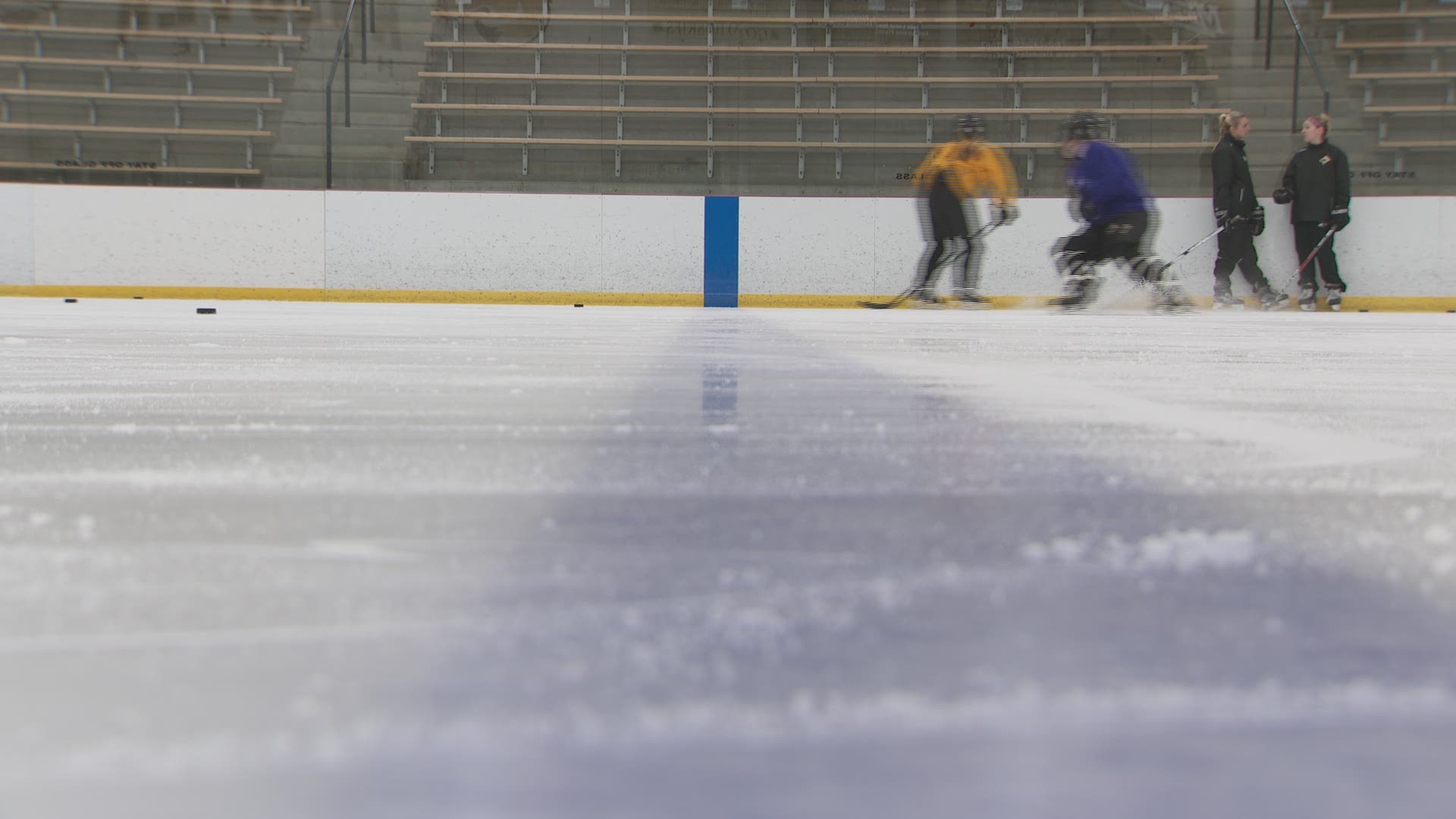 ANDOVER, Minn. — Andover Huskies head coach Melissa Sailor started Tuesday's team practice with a sharp blow on her whistle, followed by a not-so-sharp shout for her team to gather around.

Sailor, and much of her team, is a bit under the weather. But as soon as they hit the ice, it's their selfless attitudes and hard work that's infectious.

"We make a lot of selfless plays, we move the puck really well," Sailor said. "But also just selfless little plays that maybe don't go on the score sheet."

Sailor used the words "grit" and "fun" to describe her team. And this season has certainly been a fun one; the Huskies racked up 25 wins this season and face Farmington in the first round of the 2A state tournament.

"We're a veteran team now ... that experience gives us all the more ammunition," Sailor said of her team as they prepare for the biggest game of their season.

Should they win, they'll have a hard time not looking ahead. The number one seed is a team they're familiar with, the Edina Hornets. The Huskies are the only team to beat the back-to-back-to-back state champs this season.

"I think this year, we know that we can do it," said star forward Jamie Nelson. "Last year, we just knew it was possibility, but this year, we are determined to make it happen."

Nelson's linemate, Peyton Hemp, has also been a big part of the offense.

"We have to focus on ourselves, not the opponent, I think," she said. "We have to work hard every shift and do our best."

With a possible championship matchup against Edina on the horizon, the Huskies' newfound leadership and experience will be put to the test.