Who is Jack Del Rio? | He may become temporary head coach for Washington due to Rivera's fight with cancer

So is Washington in good hands if Del Rio takes the helm? Well, Yes. And with such an unfortunate circumstance, he may be the best for a quick-fix situation. 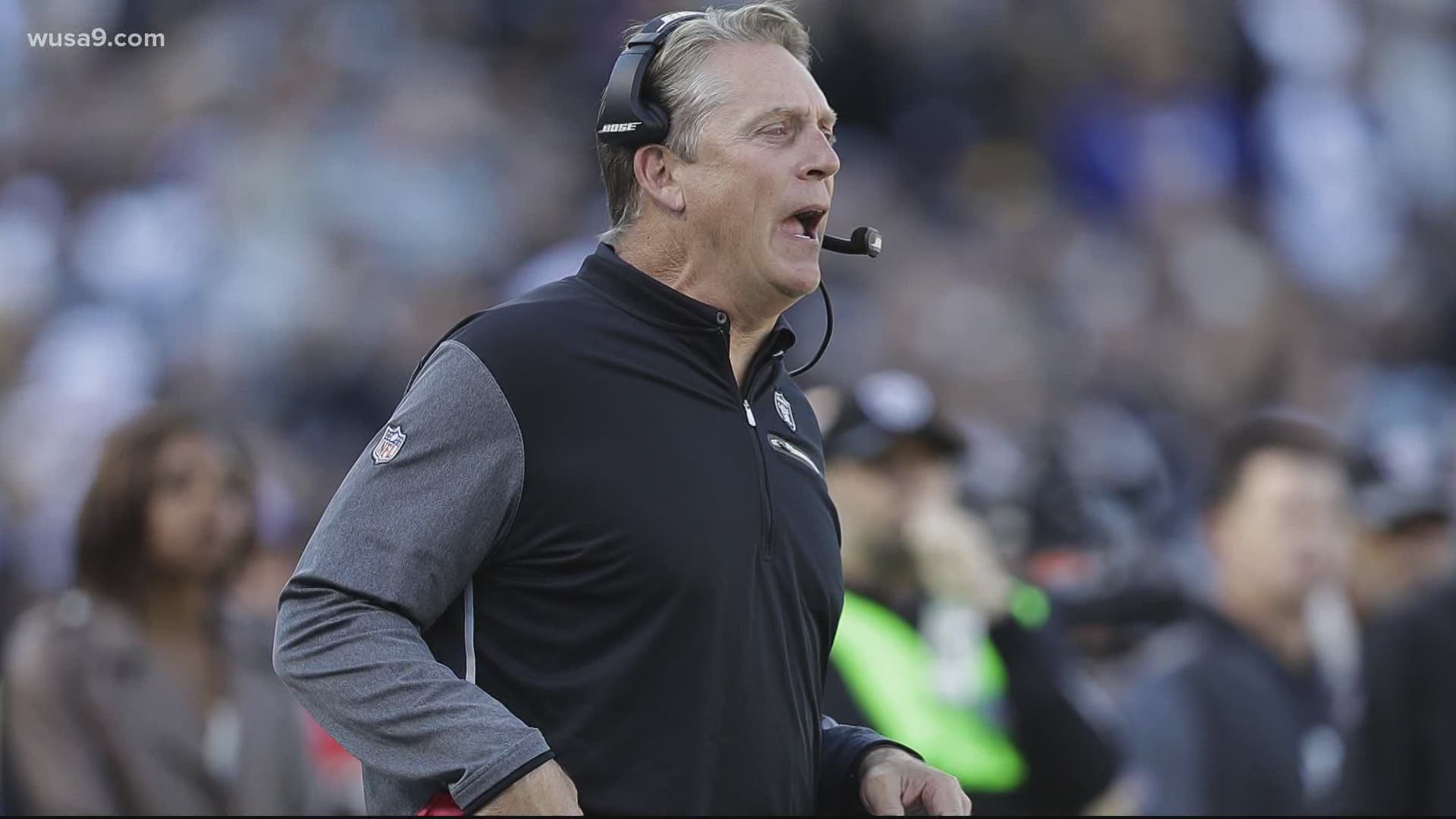 WASHINGTON — Washington Football Team Defensive Coordinator Jack Del Rio is new to DC and the team, but he may be thrown into a greater role for the garnet and gold because of Ron Rivera's cancer diagnosis.

With the news of his skin cancer fight, Rivera said that Jack Del Rio may take over as an interim head coach if need be.

So is Washington in good hands if Del Rio takes the helm? Well, Yes. And with such an unfortunate circumstance, he may be the best for a quick-fix situation.

For years Del Rio has been known for his defensive play-calling, and genius of schematics, and most recently he served as an NFL analyst for ESPN.

Del Rio also brings to DC nearly a decade of head coaching experience, leading the Oakland Raiders (2015-17) and previously led the Jacksonville Jaguars as head coach (2003-11). He also was a defensive coordinator for both the Denver Broncos and Carolina Panthers.

Before coach in the National Football League, Del Rio was a player for nearly 11 seasons after being drafted in 1985 as a linebacker out of the University of Southern California.

Del Rio is originally from California, where he was both born and grew up.