While he was selected as Minnesota's top high school athlete in both sports while at Minnehaha Academy, Suggs chose basketball and has never looked back. 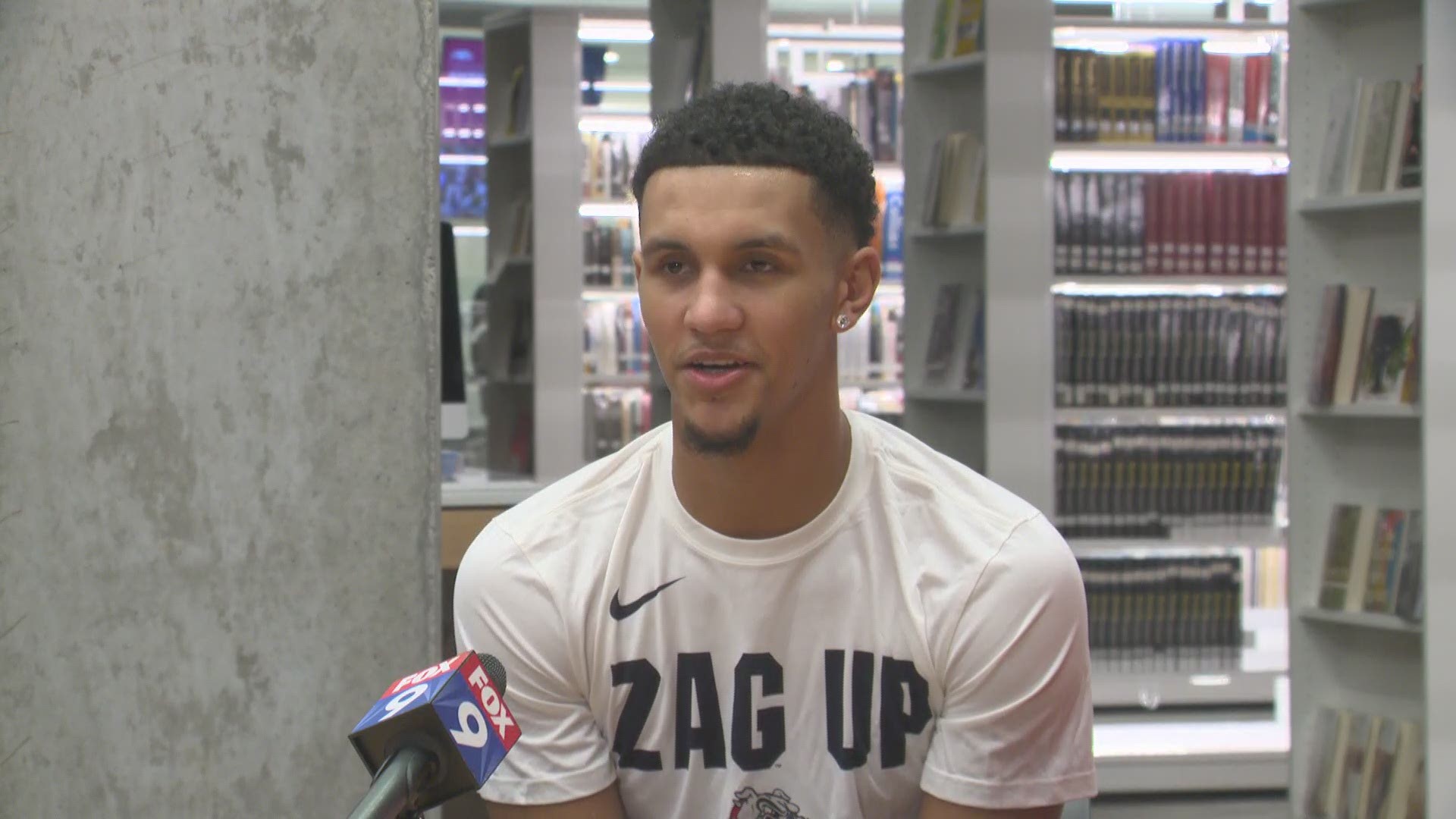 MINNEAPOLIS — Editors note: The video above first aired in January of 2020.

Jalen Suggs was the first athlete in Minnesota history to be named Mr. Football and Mr. Basketball in the same year, so choosing one sport to pursue in college was difficult.

He apparently made the right choice. The 6-foot-5 guard is expected to be a top-five pick in the NBA draft following a stellar freshman season at Gonzaga.

Suggs averaged 14.4 points, 5.3 rebounds and 4.5 assists and hit one of the most memorable shots in Final Four history, a buzzer-beating 3-pointer against UCLA that sent Gonzaga into the national championship game. The 'Zags eventually lost to Baylor in the title game.

“It was the hardest decision I’ve ever had to make,” Suggs said on the AP Pro Football Podcast. “Had many conversations with my dad, with some close family, close friends, coaches, and ultimately, just time to myself in making the best decision for myself, for my family, for my future.”

The Minnesota native was a mobile, strong-armed quarterback at Minnehaha Academy, leading the private high school to a small-school state championship as a junior. His football coach, Chris Goodwin, believes Suggs would have been a "Power 5" quarterback had he opted for that sport, citing his vision and field awareness. The same skills translated to the basketball court, where Suggs was an elite point guard last winter for the Zags.

Suggs is considered the second-ranked point guard in the draft, and is expected to go in the top 5 picks.