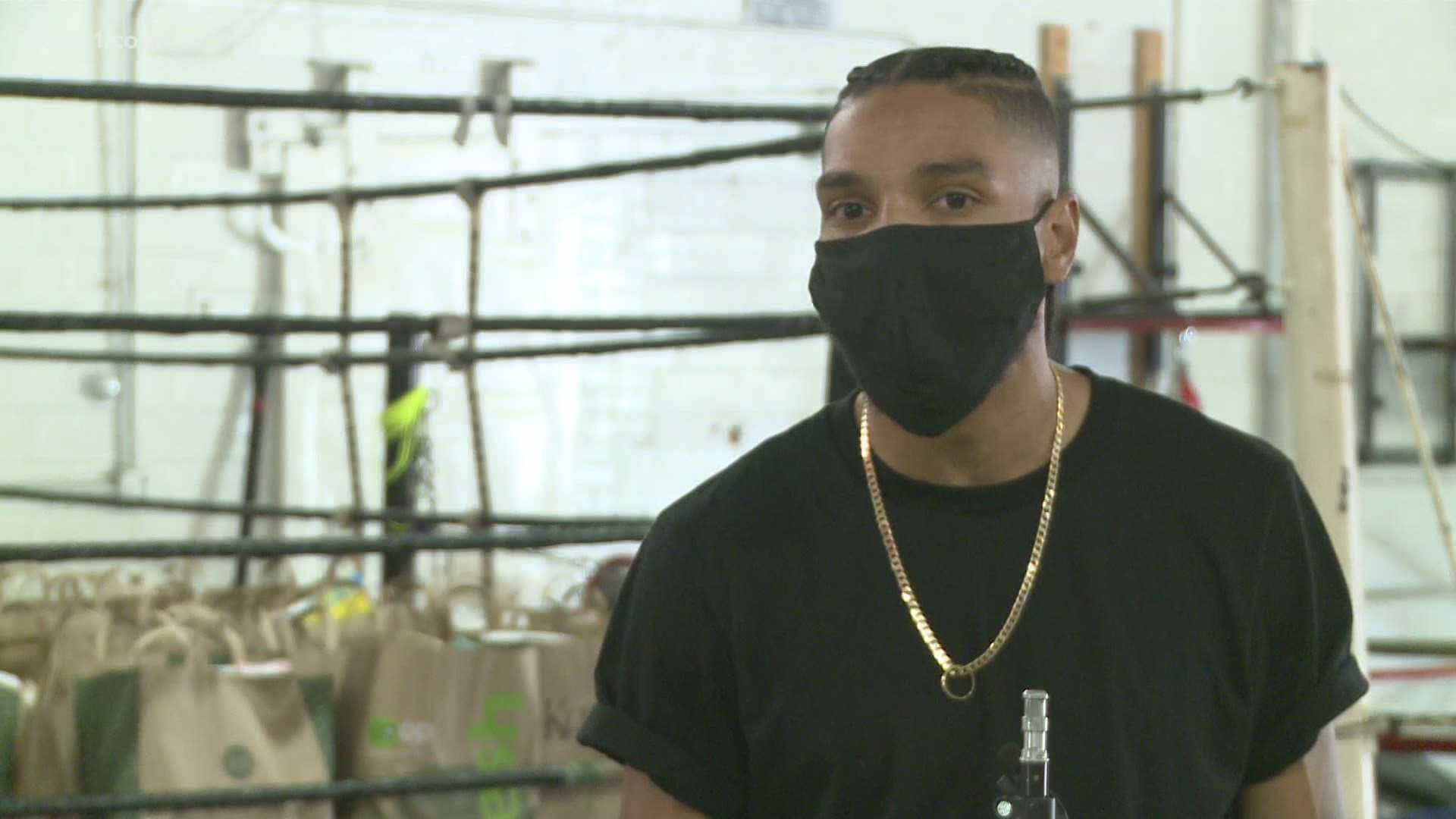 MINNEAPOLIS — The champion is back in Minneapolis and giving back to the community.

Earlier this month, Jamal "Shango" James earned the Interim WBA World Welterweight Title and over the weekend the boxer hosted a food drive at the 'Circle of Discipline' gym off of Lake Street.

They are packaging food and other goods for people in need on the south side of Minneapolis.

Just a few weeks after earning the Interim WBA Welterweight World Title, @JamalShango is back in Minneapolis helping out his community.

The boxer is hosting a food drive this weekend at the Circle of Discipline for those in need. @kare11 #kare11sports pic.twitter.com/RtSzaV4Xv6

James also was lending a hand and giving back right after the protests and rioting earlier this summer. He has held previous food drives as this facility.