Lacina follows in fathers footsteps, signs with Vikings as UDFA

Corbin Lacina played for the Vikings from 1999-2002 and now his son Jake is getting an opportunity as an undrafted free agent. 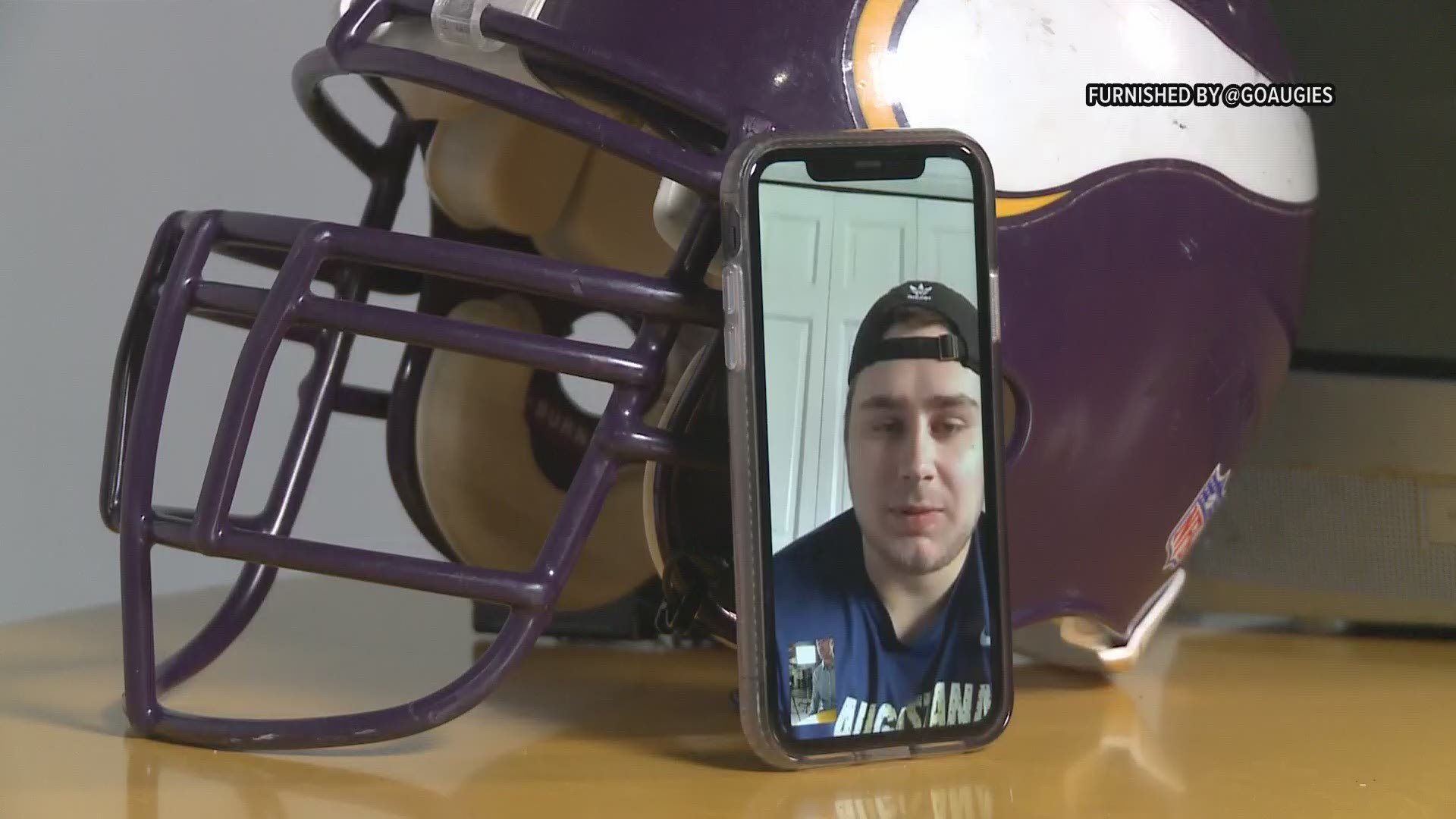 After not hearing his name called in the NFL Draft, Jake Lacina signs a deal as an undrafted free agent with the Vikings. His father, Corbin Lacina, played in Minnesota from 2002.

Like his father, Jake graduated from Cretin-Derham Hall and then played college football at Division II Augustana.

Jake says running out on the field for the first time as a member of the Vikings will feel like a dream.

RELATED: The King of the North heads south to join the Tampa Bay Buccaneers