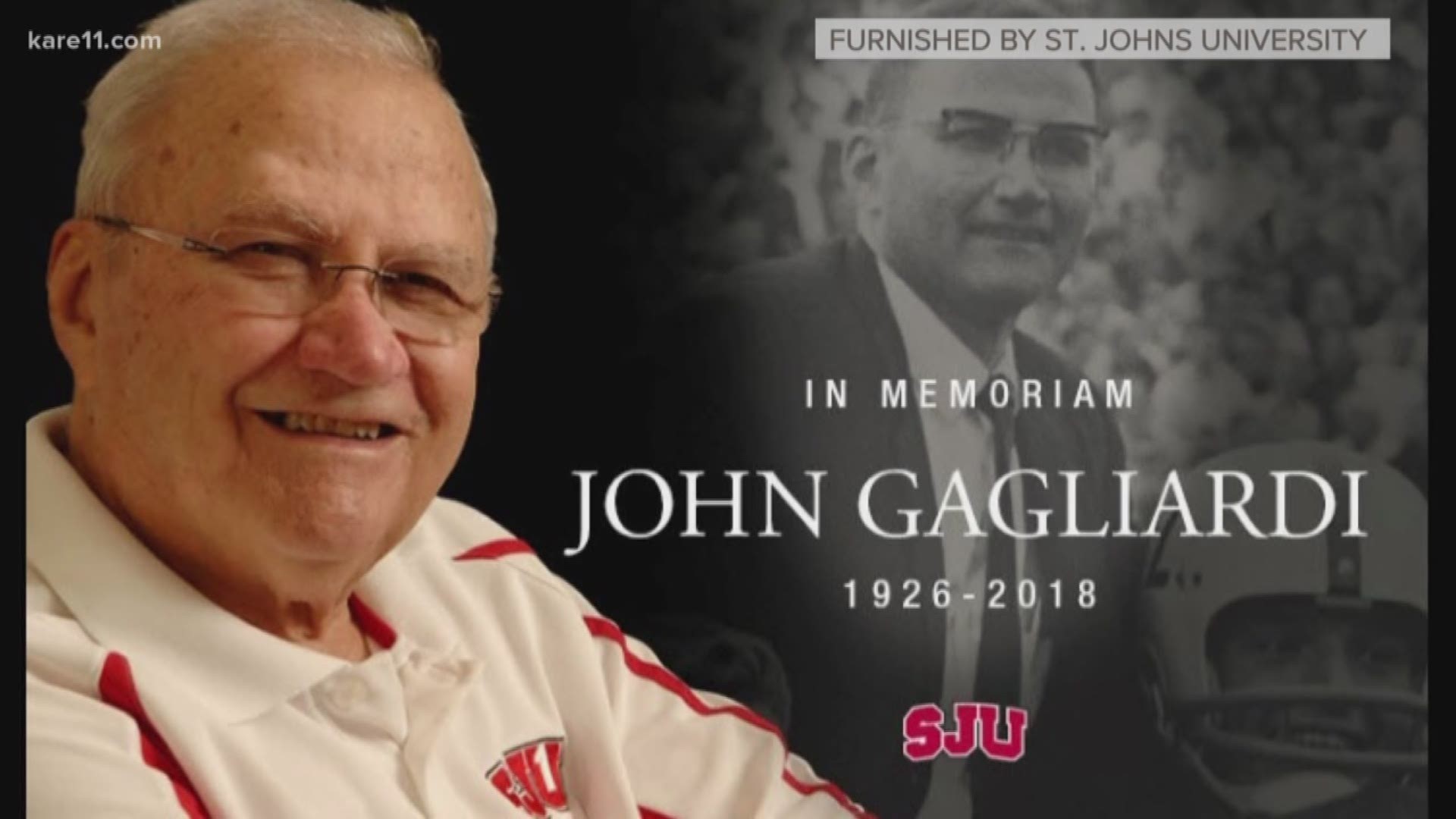 MINNEAPOLIS -- Legendary St. John's football coach John Gagliardi has passed away at the age of 91, his family announced on Facebook Sunday morning.

He retired after the 2012 season with 489 career victories, more than any other coach in college football.

Gagliardi was known for being ahead of his time. His coaching style included no tackling in practice, no long practices, as well as no whistles and no tackling dummies. Gagliardi won four national titles (1963, 1965, 1976, 2003).

"John was just a great innovator in so many ways," said Scott Becker, who played on Gagliardi's 1976 national championship team.

Becker recalled how Gagliardi requested his players call him "John" instead of "coach" and how every senior got a chance to be team captain.

"We might have five captains this game, five the next. So when they were going out for their job search, they could put on their resume 'captain of the St. John's football team.' It was pretty ingenious, really. He was just trying to help you out," Becker said.

Gagliardi was born in Trinidad, Colorado, and graduated from Colorado College. He started his collegiate coaching career at Caroll College in Helena, Montana, before coming to St. John's in 1953. 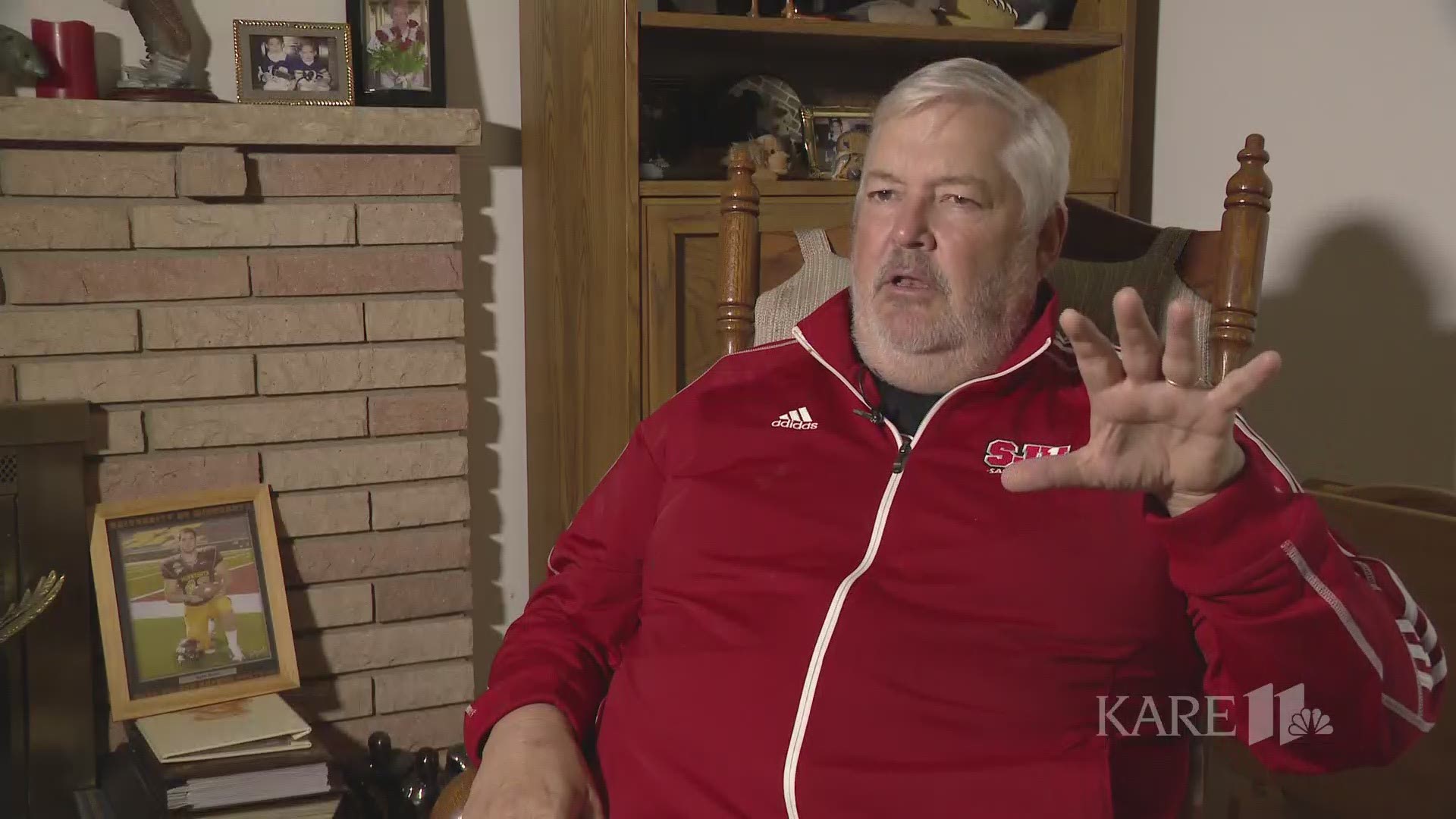 "He's probably become my best friend the last four years of my life since I graduated from college," said Johnny Benson, Gagliardi's grandson. "He's always been my closest confidant. I've always looked up to him like the ultimate role model. But spending the last year and a half living with him, I've learned so much from him. He's been like a second father to me and it's tough to put into words how much he's meant to me and how special those moments were."

Benson not only played for his grandfather, he's now the head football coach at Kimball High School.

"Everything that he's done in his life is really what I'm hoping to aim for," Benson said.

"John coached but that was just probably his canvas for what he did as an artist," Grant said. "He really saw what he did more important than coaching and he loved that part, that relationship with people. He truly was an artist as a coach in how he helped shape people's lives." 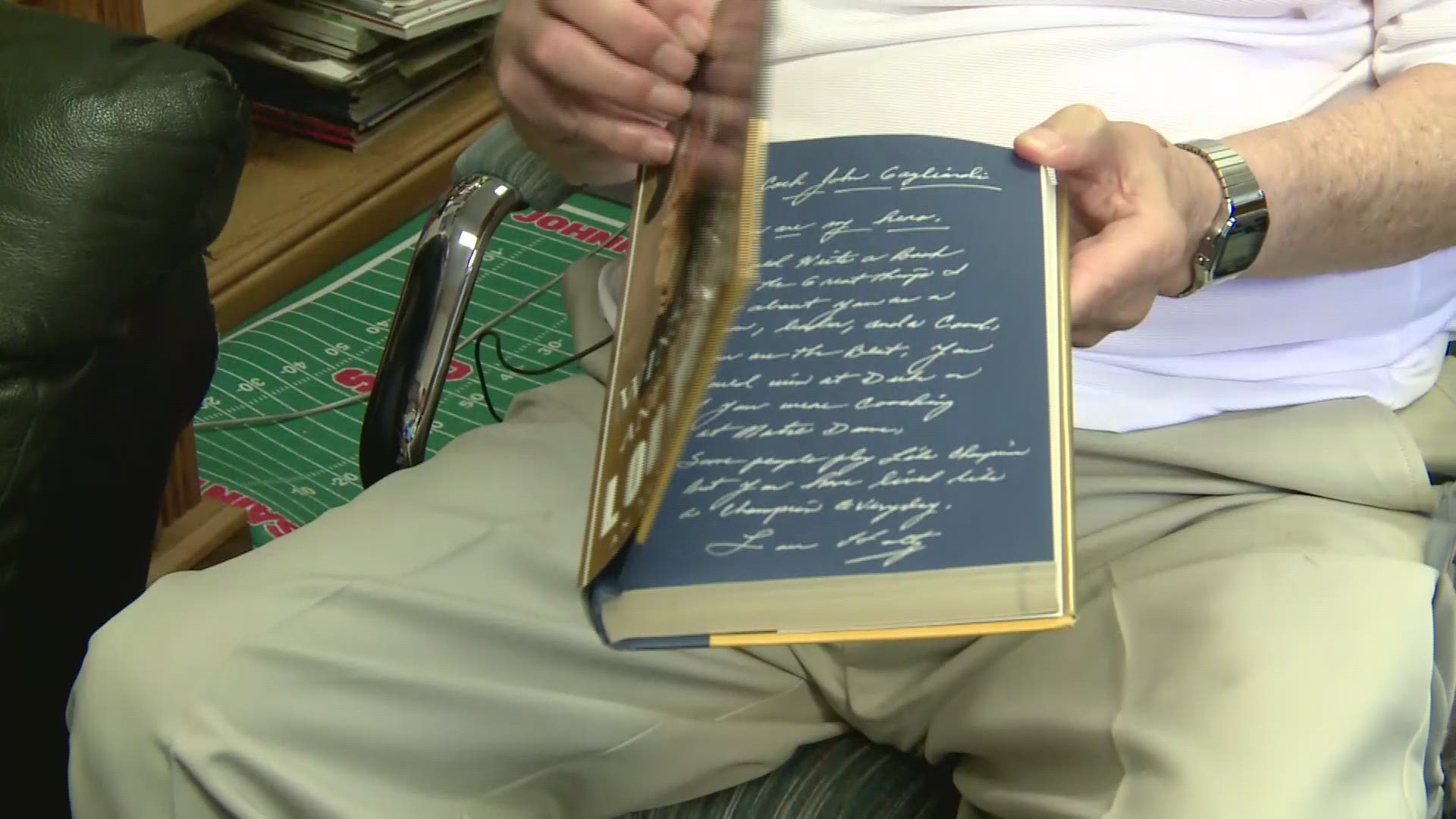 "I offer my deepest condolences to John's wife, Peggy, his family and friends and the thousands of Saint John's alumni who played for him," said St. John's President Michael Hemesath, in a news release Sunday.

"John honestly believed every one of his players were wonderful and he spoke often about how proud he was of them all," Gagliardi's daughter, Gina, wrote in the Facebook post Sunday. "Not just how well they played football, but the things that mattered most to John: being hard working, successful, good men. When asked if he ever had a player he didn't like, he'd say, 'No, for some reason St John's only draws great guys. They were great kids, all of them. From great families. I was lucky to be around them every day. They made me look good.'"