"It's not about the company. It’s about building something with him." 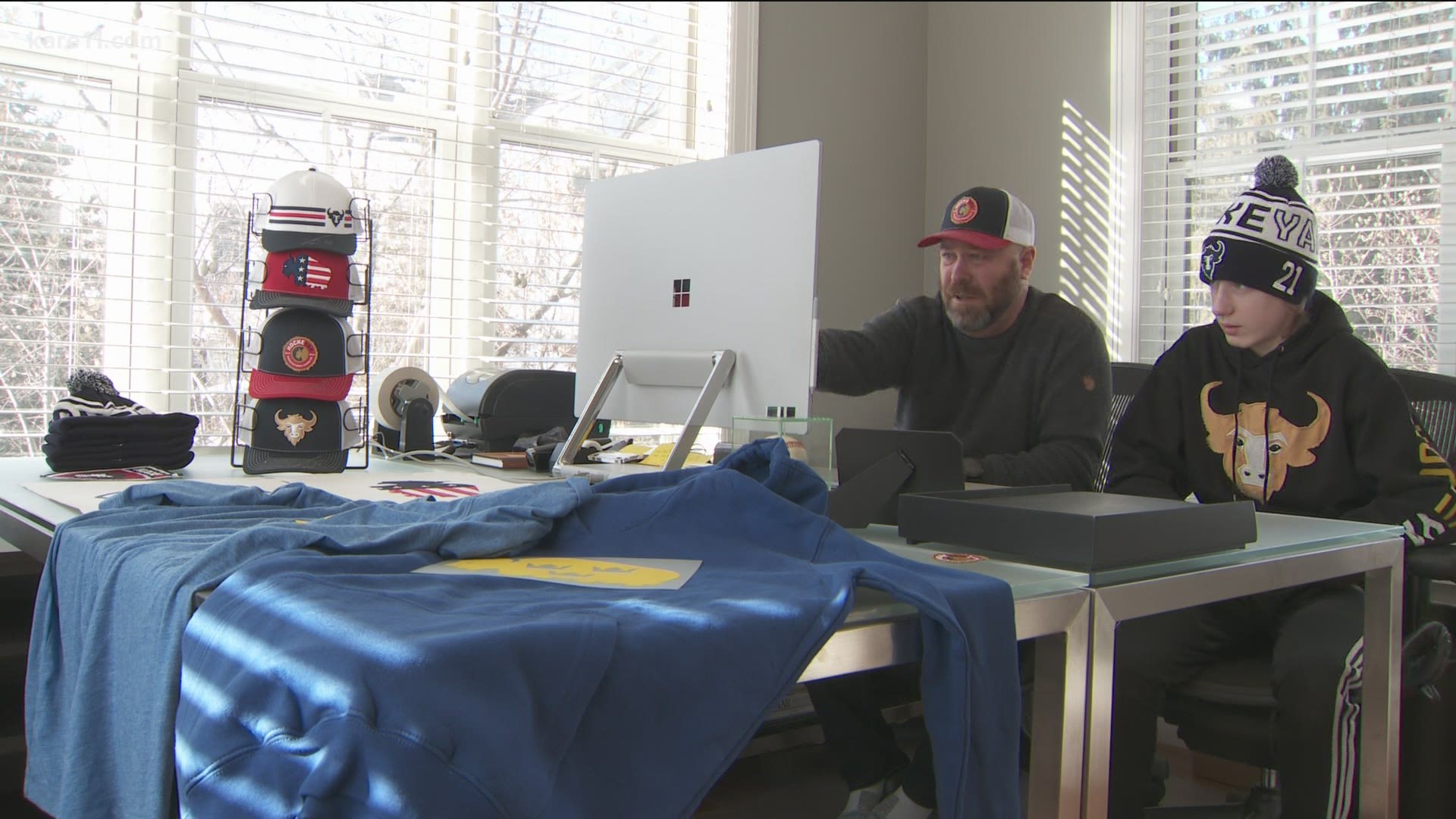 LONG LAKE, Minn — It started as nothing more than a way for Rob Knight, a retired businessman, to teach his son.

What they’re building, out of their home office in Long Lake, is a hockey clothing company called Hockey Yak.

"He’s just fun to work with," says Jackson Knight, Rob's son and co-owner of Hockey Yak. "It's just fun working with your own father."

Finding the right logo and brand for a company can take time. But Hockey Yak, for Rob and Jackson, started on one specific moment on a carpet at the Orono Ice Area.

"After practice or the game I’d set my bag on the mat in there," says Jackson.

"Yeah, you’re my hockey Sherpa," Jackson says with a smile.

"So we played with it over time. We realized there was a better way to do it, and yaks tend to be the pack animals in the Himalayas."

And thus the Hockey Yak brand was born.

"I thought it was going to just stay with the bag ... didn’t think about a clothing business," says Rob.

The bags are expected next fall. But the apparel line, which has now outgrown their house to a fulfillment center in Minneapolis, is gaining popularity.

"Yeah it's cool walking around school. I have a couple of buddies that wear the stuff to school," says Jackson.

"I am not a hockey player, never was," says Rob. "But this is something we can do and learn together."

"I kind of hear what everyone likes and what they don’t like," says Jackson. "Just to hear from every other kid about what people are into now."

Both Rob and Jackson are involved in every aspect of Hockey Yak. Design, distribution and financial. And like any entrepreneurial duo, these yaks sometimes butt heads.

"There’s some creative differences from time to time, but I've got to trust in him. It's half his idea too," says Rob.

"No I know best," Jackson laughs.

Jackson wants to play pro hockey some day and ultimately wants to run this family business - which is the best return on investment for his dad.

"You learn a lot from failure and hopefully we don’t fail," says Rob. "But in the process we’re gonna learn something along the way."