Local football coach wants to grow the game for girls 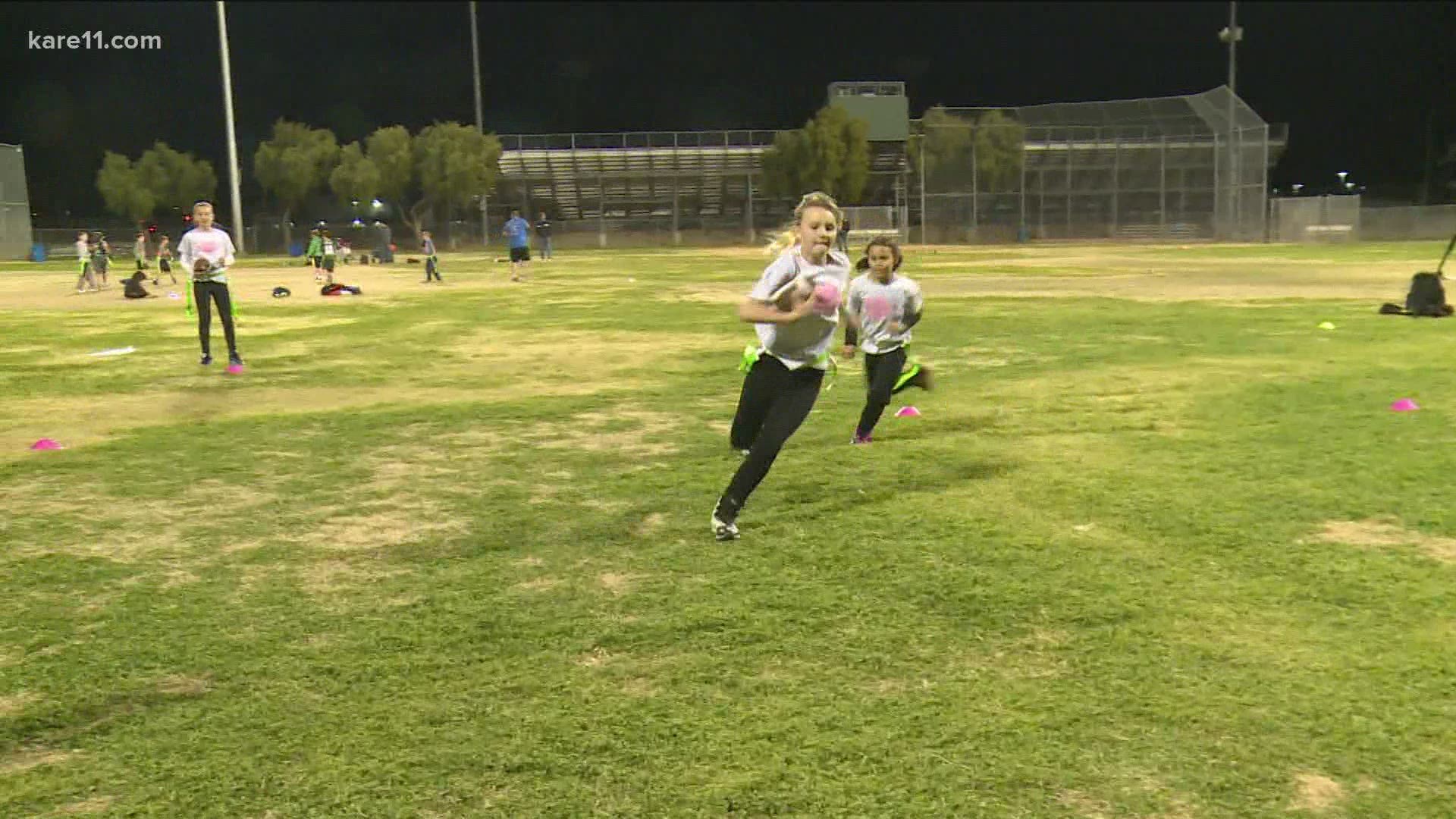 GOLDEN VALLEY, Minnesota — In the past year, a number of women have helped break down barriers in professional football as well as college football including NFL official Sarah Thomas and Vanderbilt kicker Sarah Fuller.

"You've got all these positive benchmarks that are happening but we're not seeing it at the high school level," said Rosemount High School head football coach Jeff Erdmann.

He is hoping to bring about change by starting a Twin Cities metro girls flag football league.

"I'm looking at trying to do my part to provide opportunities for girls to provide confidence and step into those roles," Erdmann said.

He's kicked things off with a website called gogirlflagfootball.com.

Registration is open now with plans in place to play games in the the Go Girl Football League starting in June.

There are two divisions: one for girls in sixth through eighth grade, another with high school freshman through seniors.

Olivia Holman is a junior center on the Rosemount high school varsity hockey team and a competitive cheerleader that's ready to sign up!

"I was at hockey practice and my coach asked if we wanted to play and I was like yeah it sounds like so much fun," Holman said.

She's planning to play with some of her hockey teammates.

The 5-on-5 flag football league will offer more than just games, there will be opportunities to learn the X's and O's with educational videos on different aspects of football.

"It will teach us more about the sport and we can understand fully what it is," Holman said.

The end game for Erdmann is simple.

"I'm trying to encourage females to be involved in football in some capacity," he said.