Vikings QB Kirk Cousins won't get vaccine, has considered surrounding himself in plexiglass in QB room

Cousins missed four practices after he was deemed to have close contact with another QB who tested positive for COVID-19. He says he's following protocols closely. 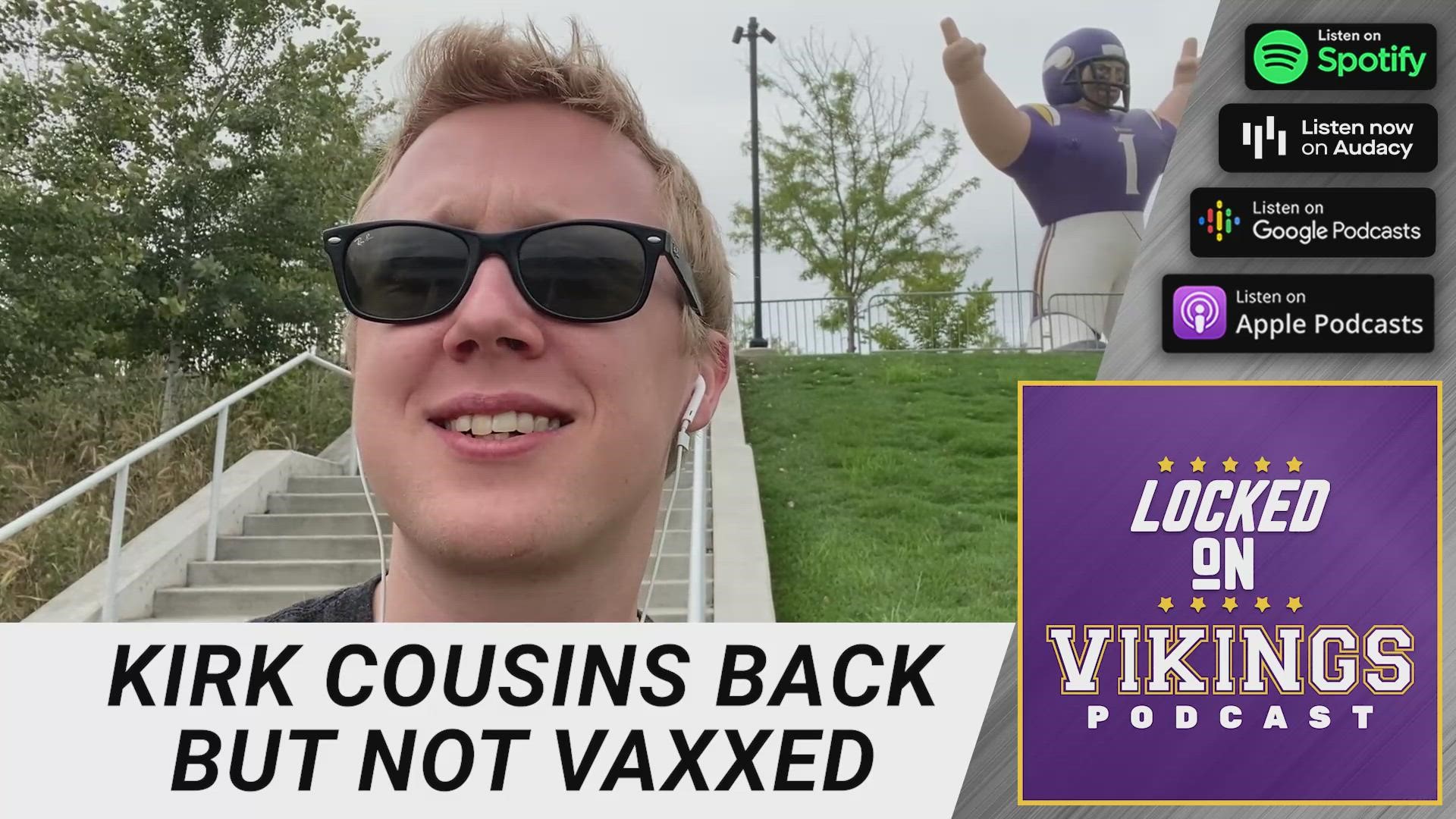 EAGAN, Minn. — Unvaccinated Minnesota Vikings quarterback Kirk Cousins said he is strictly following protocols and even thinking about creative ways to avoid close contact with others after he was forced to sit out four days of practice.

Cousins said he was disappointed he had to miss four practices after he and quarterback Nate Stanley were placed on the Reserve/COVID-19 list last week.

They were placed on the list after close contact with quarterback Kellen Mond, who had tested positive for COVID-19.

Cousins and Stanley were both activated on Thursday.

SUBSCRIBE: The Locked On Vikings podcast is your daily podcast for all things Minnesota Vikings. Listen for free wherever you get your podcasts.

"It was disappointing to miss practice," Cousins said in Thursday's press conference. "In my entire college and pro career, I have not missed four practices, so to miss four practices in one week and not have COVID was frustrating, disappointing."

Cousins did not test positive for COVID-19 after he was deemed to be in close contact with Mond, but the 32-year-old is not vaccinated for what he says are personal and private reasons.

When asked if the four missed practices made him think about getting vaccinated, he said it's a private matter for him but that he thinks it's really important to follow the protocols.

He even said he considered more creative options to avoid close contact.

"I'm going to be vigilant about avoiding a close contact," Cousins said. "I even thought about, should I just set up, literally, plexiglass around where I sit, so that this never happens again. I thought about it, because I'm going to do whatever it takes."

SUBSCRIBE to the Locked On NFL podcast, our national NFL podcast on news, rumors and analysis around the league.

Cousins was asked about Zimmer's comments and their conversations on Thursday and said him and Zimmer are "absolutely" fine after a conversation they had on Wednesday.

"We had a tremendous conversation last night, great dialogue. It was a very, very positive discussion, came away feeling great," Cousins said.

Zimmer isn't the only head coach in the NFL in recent weeks that has been openly critical about players who choose not to get the vaccine with Washington Football Team coach Ron Rivera being a loud voice in that conversation as well.

The NFL has encouraged players to get vaccinated and even sent a memo to teams in July telling them that an outbreak among nonvaccinated players could lead to forfeits with players on both teams not getting paid, among other fines for violating protocols.

Tennessee Titans quarterback Ryan Tannehill said last week he got vaccinated but wouldn't have done it without the NFL's memo about penalties.

Kirk Cousins has started the last three years in Minnesota. He threw for 4,265 yards last season and 35 touchdowns. 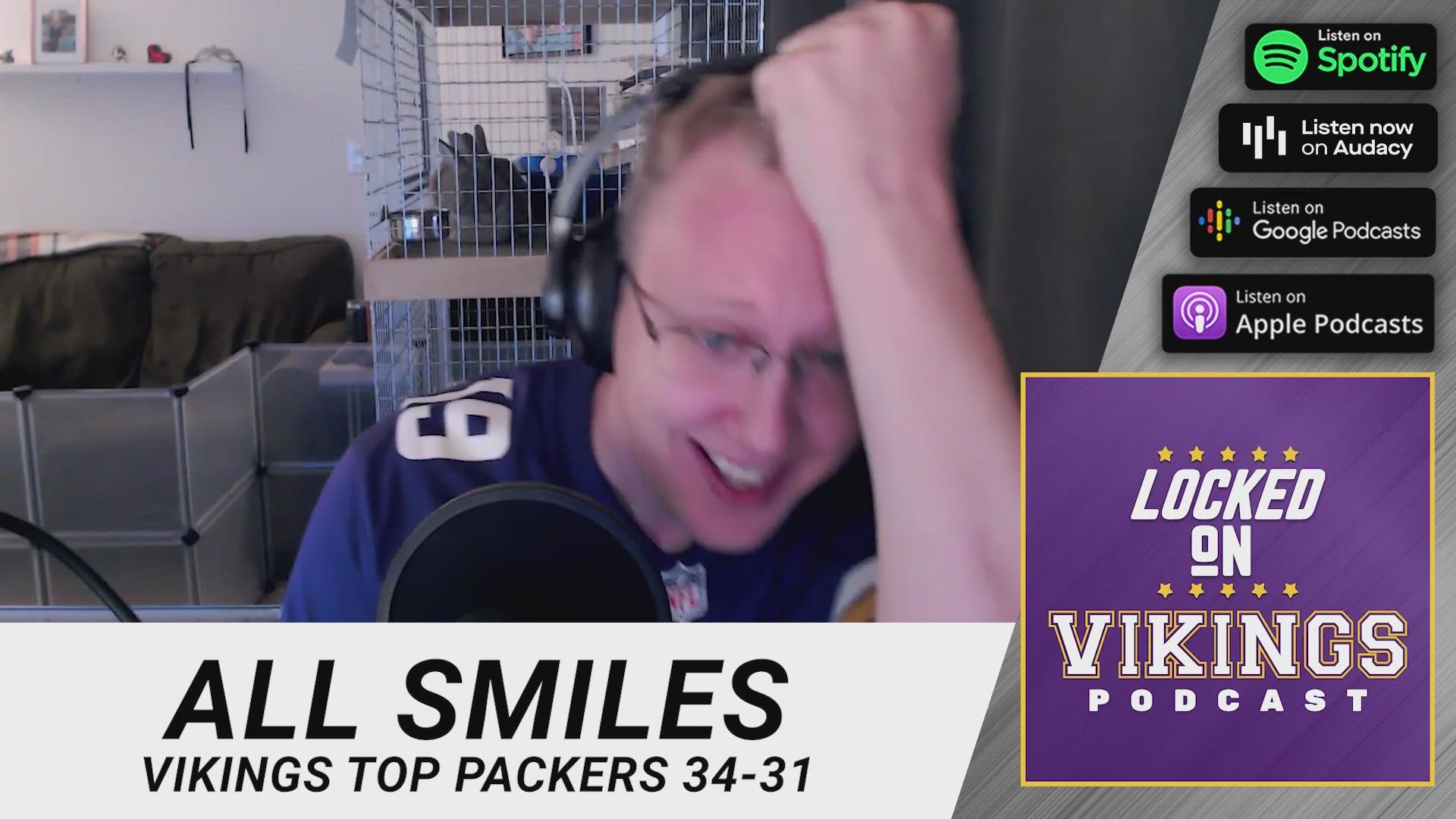