Marshall Made: Trey Lance in the NFL Draft

As the NFL Draft begins on Thursday, Marshall and NDSU quarterback Trey Lance will likely be one of the first players selected. 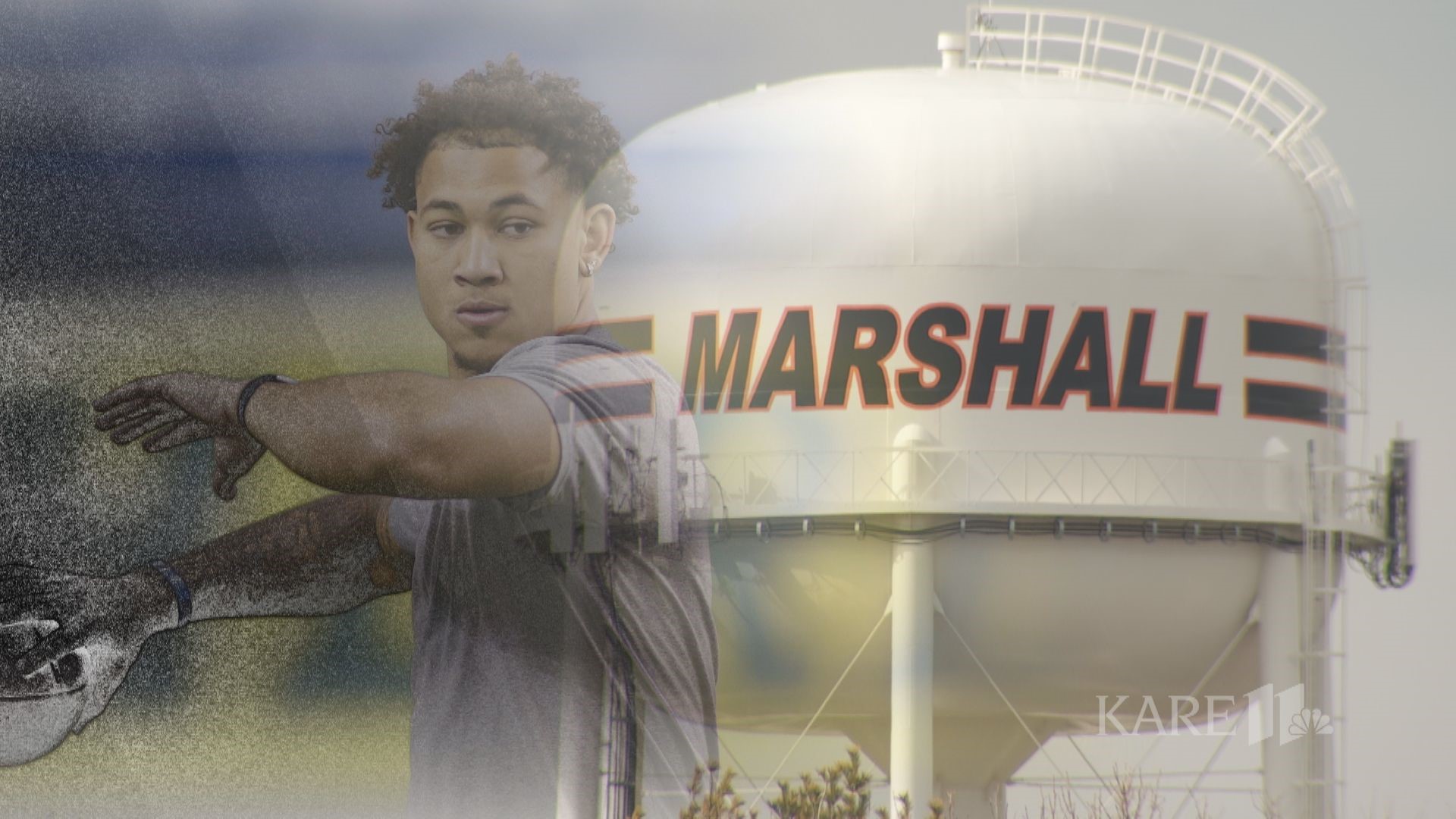 MARSHALL, Minnesota — From this small town, to the big stage.

In southwest Minnesota, Marshall proudly proclaims itself as the home of Trey Lance. Everyone — and I mean everyone — watched him grow up as a player, and as a person.

That includes longtime Tigers head football coach Terry Bahlmann. He first met Trey as a third grader in a football camp, and his whole family has been involved with the program ever since.

As a two-sports star, Lance's work ethic set an example for those around him.

From a SMALL town to the BIG stage...@treylance09 grew up in Marshall, Minnesota - population of roughly 14,000 people in the southwest part of the state. We talked to his coach, teammates and friends in Marshall ahead of the #NFLDraft . Story soon on @kare11 #kare11sports pic.twitter.com/Q2pf5W1BLg

Even after going to North Dakota State — and now the NFL Draft — Trey's presence is still felt around this town of about 14,000 people. He's that Pee Wee player faded on the side of Varsity Pub in downtown Marshall. His No. 5 jersey is also on the wall in that restaurant.

With the first round of the NFL Draft beginning Thursday, it still doesn't feel real to his longtime friends. To neighbors like Kayla Polejewski, Lance is more like a brother and was someone they used to make gingerbread cookies with.

They're all proud he can represent Marshall, Minnesota to the entire sports world.

Where the legend of @treylance09 began...

Ahead of the #NFLDraft , we were out at @MarshallTigers HS chatting with his former head coach, teammates and friends. How this small town in SW Minnesota helped shape him into the person and player he is today. Story on @kare11 pic.twitter.com/wmhp41hPVD

Locked On Podcast: Here's why Gophers receiver Rashod Bateman should go No. 20 to the Chicago Bears: