The Blake School is removing the interim tag on Rob McClanahan. He'll be the head coach moving forward.

MINNEAPOLIS — Rob McClanahan is officially the man in charge at Blake.

The school will remove the interim tag and McClanahan will be the permanent head coach moving forward.

He was a key member of the 1980 US Olympic hockey "Miracle on Ice" team. 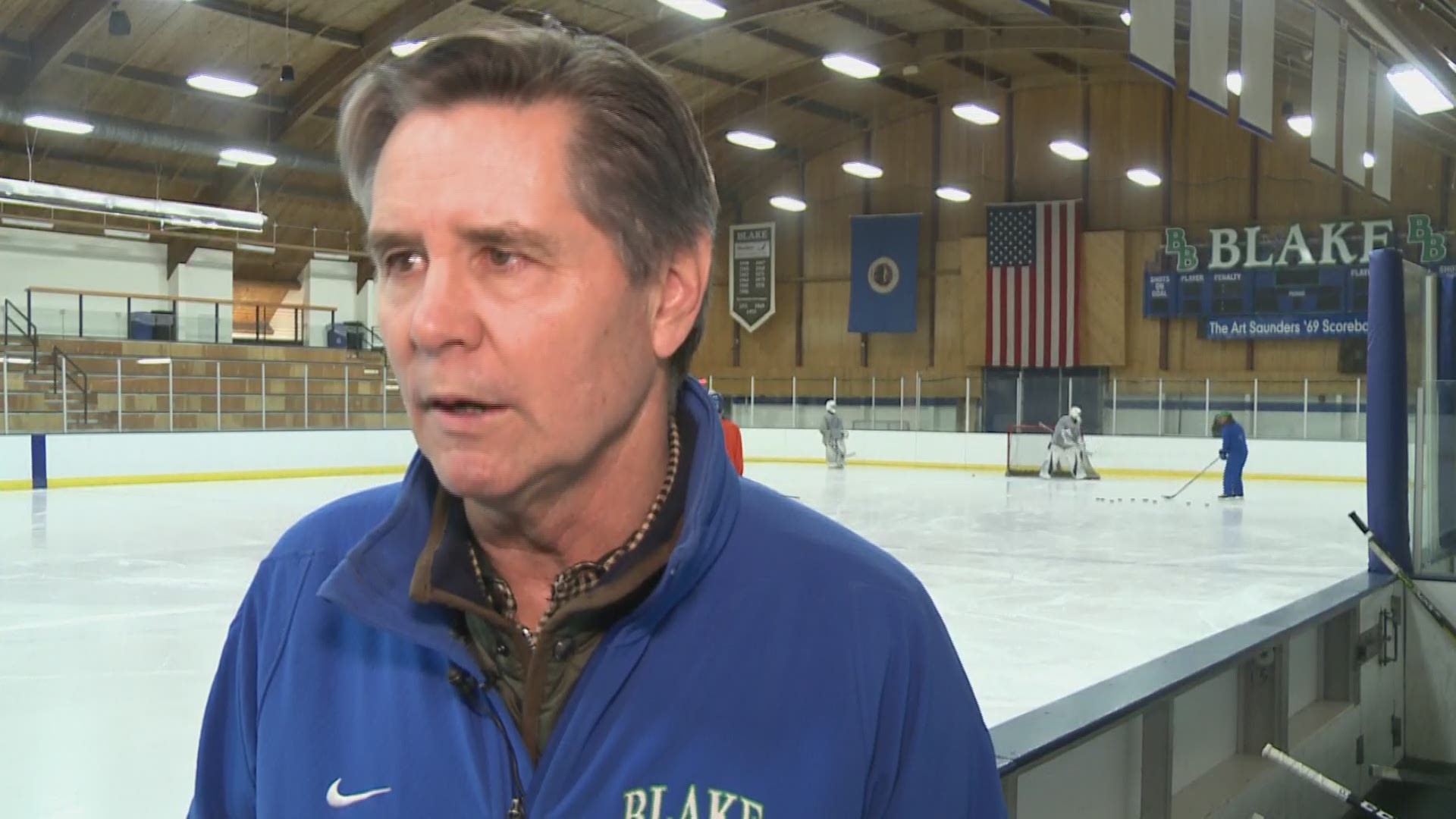