Robinson was a pioneer with a whistle. He was the first Black ref to officiate the state basketball tournament in the early 1970's. 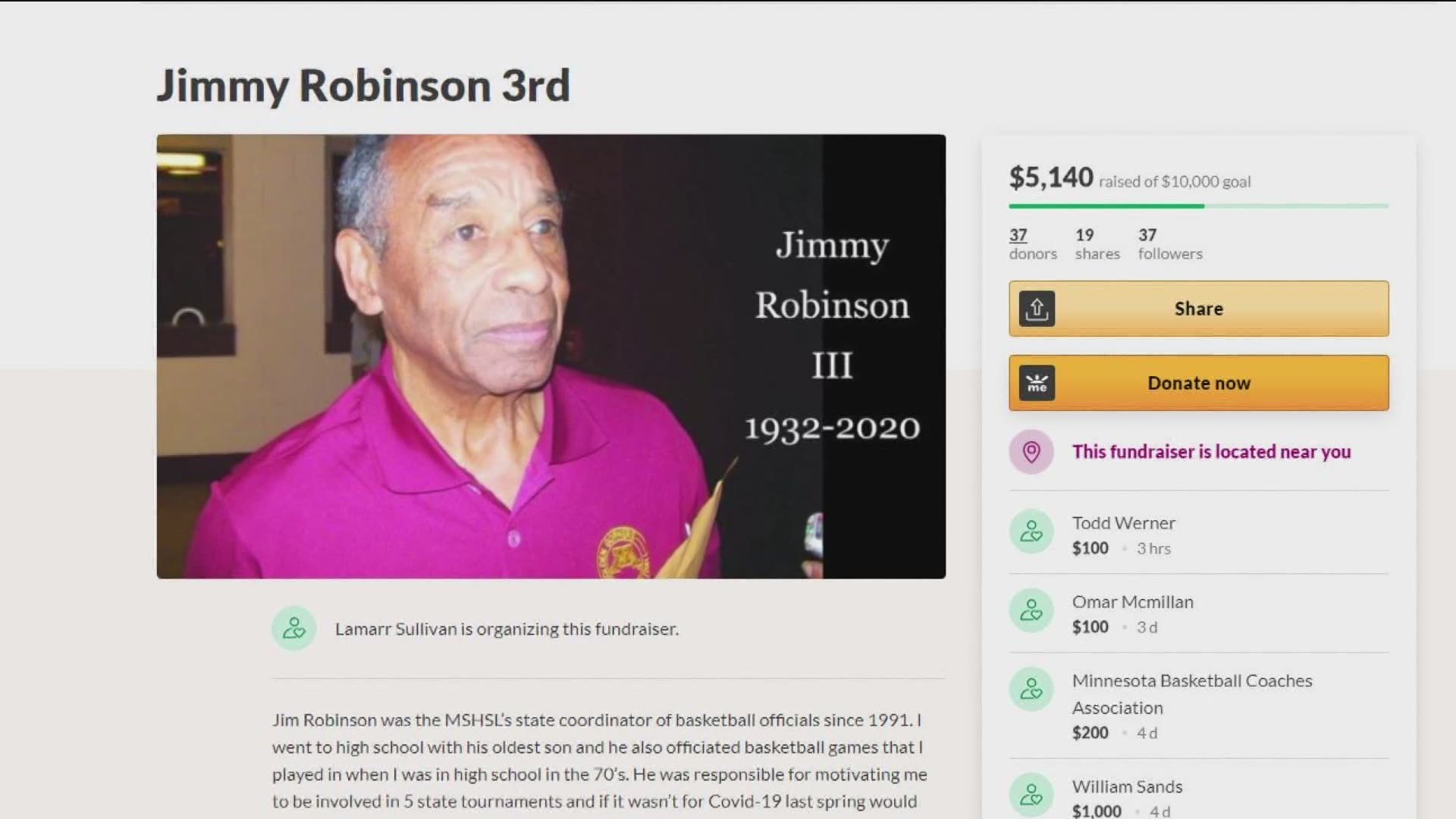 MINNEAPOLIS — It's a good call and the right call.

It's an effort to honor Jimmy Robinson III who passed away in late 2020 as they're raising money to help give every high school basketball referee in the state of Minnesota a patch. The 'JR3' patch is a tribute.

You can donate to help with this initiative here.

"He loved high school basketball in the state of Minnesota and he was committed to helping other people," LaMarr Sullivan said. He's been a ref for nearly two decades and he's also a member of the Minnesota Association of Officials of Color.

Robinson was a pioneer with a whistle. He was the first Black ref to officiate the state basketball tournament in the early 1970's.

Later he became the Coordinator of Officials in the state and impacted many lives on and off the court.

In a statement to KARE11, the Minnesota State High School League said about this initiative: “The League embraces the opportunity to honor Jimmy Robinson in this way. We have been very supportive of this initiative ever since the League was approached by the Minnesota Alliance of Officials of Color about setting up a campaign to provide a memorial patch to every high school basketball official in Minnesota. We are excited to see the support, the partnerships and the steps being made to see this come to fruition.”

They are raising money to make and send the patch to EVERY official in the state. You can donate to help here: https://t.co/EPPq28Z4nQ @kare11 #kare11sports