To say this is a fall sports season like no other would be an understatement, with schools and universities cancelling fall sports all together. 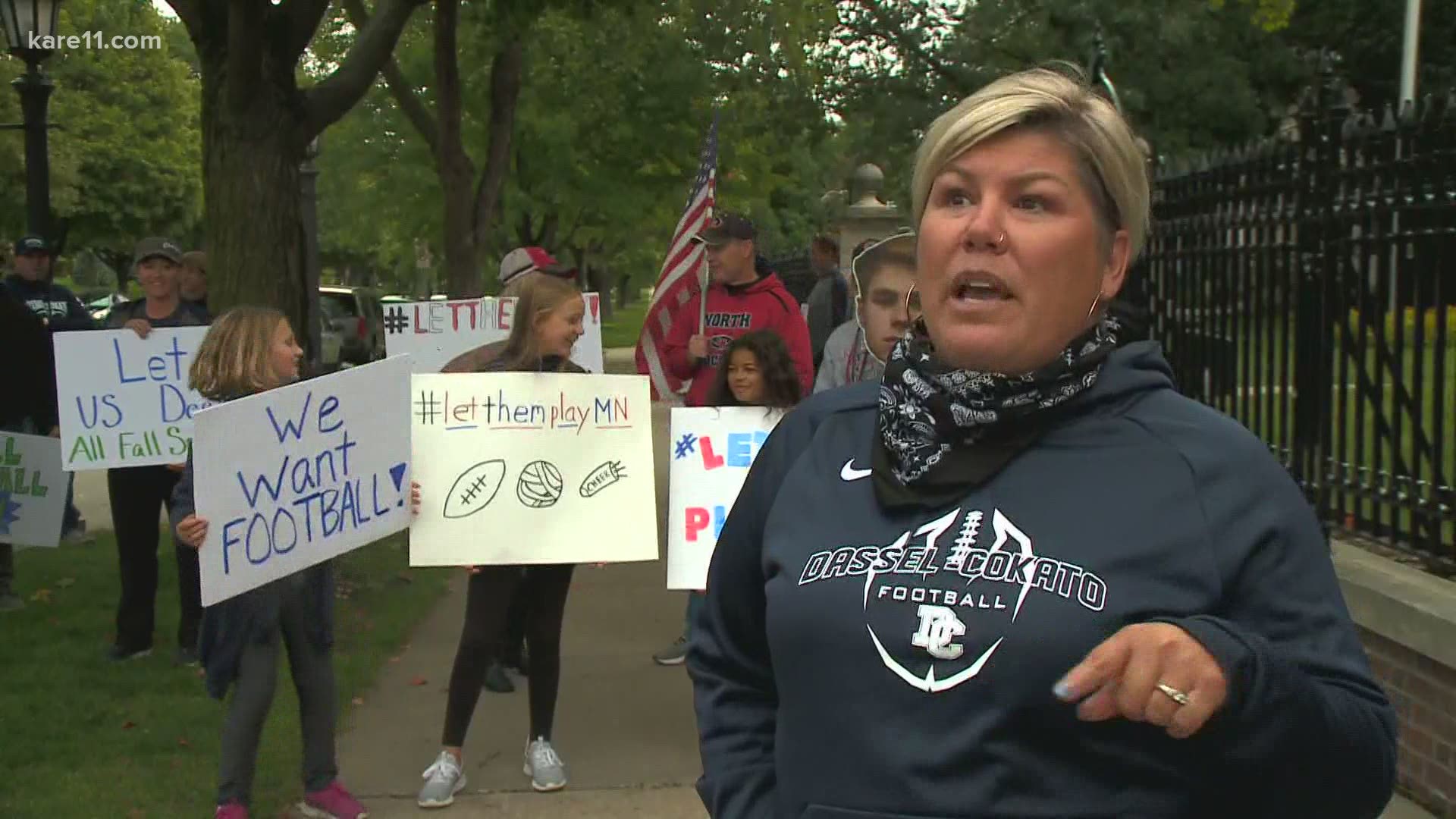 "As parents our goal is to assume all responsibility and all risk," said Dawn Gillman, Co-founder of 'Let Them Play MN'.

To say this is a fall sports season like no other would be an understatement, with schools and universities cancelling fall sports all together.

Youth sports guidelines released from the Minnesota Department of Health over the summer instruct all sports associations to develop a program specific plan, with the safety and well being of players being a priority.

This is exactly what the Minnesota State High School League has done by cancelling fall football and volleyball until the spring, shortening their seasons, which for many parents and students is somewhat problematic.

"Frozen ground, it snows …middle of April it could be snowing, and in the state of Minnesota there’s a law that you cannot play on frozen ground," said Gillman.

For some of the student athletes, they say this decision seems unfair with recruiting efforts for colleges at stake.

"That's what it sounded like if we were to play in the spring anyways so why not try and do it now ... keep it as original as we can," said Garrett Savard, a senior on the football team at Lakeville South High School.

"It's not on the school, its not on any programs or the state of Minnesota. It's on parents," said Gillman.

For these parents, their message to the governor and the Minnesota State High School League is summed up in just a few words.

"Immediately reinstate so we can be ready in a week to play our football," said Gillman.

Spring training for football and volleyball is set to begin next week, with the shortened spring season set to being in March.