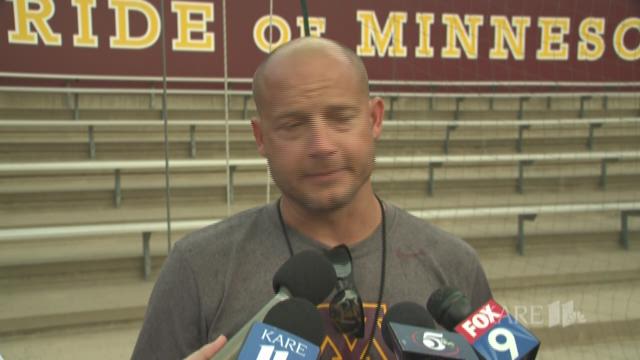 MINNEAPOLIS — Minnesota quarterback Zack Annexstad has a foot injury that will sideline him indefinitely, ending for now the competition with fellow sophomore Tanner Morgan for the starting spot.

The Gophers announced Saturday that Annexstad was hurt in practice the day before.

"Injuries are an unfortunate part of the game, and we feel terrible for Zack," coach P.J. Fleck said. "He worked extremely hard in the spring and summer to put himself in position to compete for the starting job, and I know he will recover from this setback to be even stronger."

Annexstad started Minnesota's first seven games in 2018 as a true freshman, before injuries hampered him over the second half of the season and Morgan took over the job. Annexstad completed 51.9% of his passes for 1,277 yards, nine touchdowns and seven interceptions.