Youth football participation in Minnetonka is up 20 percent this year, even as overall HS numbers decline in America 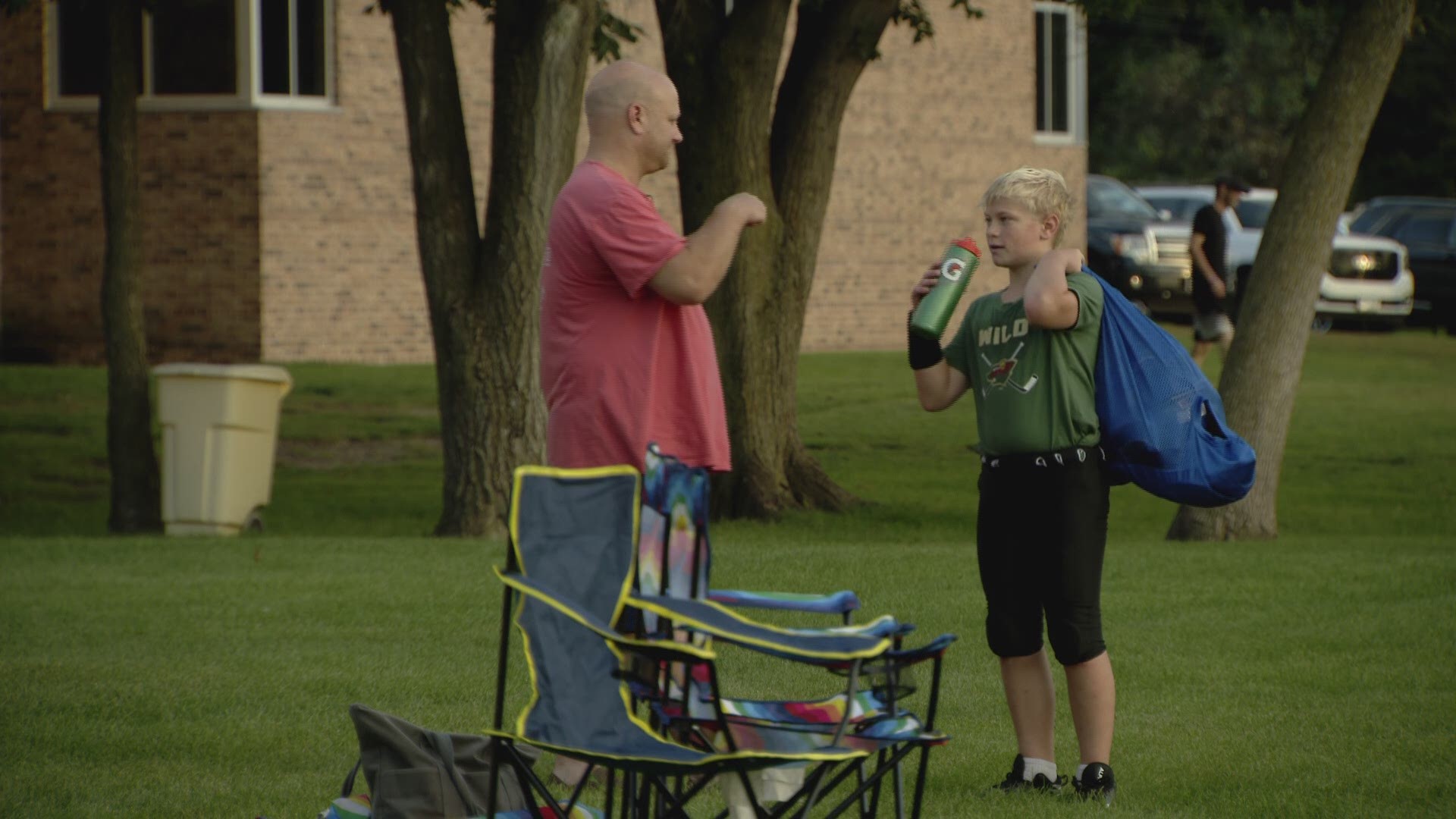 MINNETONKA, Minn. — Whether due to safety and concussions or not, there's no denying that football participation at the high school level has declined by nine percent over the past decade. Minnesota hasn't seen quite a steep drop, but it has seen a slight decrease nonetheless in recent years.

At the youth level in Minnetonka, though, it's a different story.

Participation increased by 20 percent this year for third through eighth grade, according to Minnetonka Youth Football Association co-director Tony Wixo.

"Football," Wixo said, "is safer than it's ever been."

Wixo, a former high school football player in North Dakota, said the game has changed exponentially compared to his playing days three decades ago. For starters, the coaches teach a much safer and more proper version of tackling, which "takes the head out of the tackle," as Wixo likes to say.

The equipment is better. Coaches are trained for concussion protocol and treatment. And in youth leagues like Minnetonka, live tackling has been cut down significantly.

Still, the safety concerns cannot be ignored — and that's why there are some new rules in place in states across the U.S. In New Jersey, full-contact has been limited to 15 minutes per week during the season; in New York, there's a new law that boosts education for parents.

In Minnesota, there's been a law on the books for the past eight years that regulates concussion training for coaches and also mandates they take players out of the game if they're showing symptoms.All of Minnetonka's youth coaches are certified on concussion protocol for both prevention and treatment.

Not every parent will remain comfortable with the sport, but it hasn't deterred everyone.

As Brian May, the parent of a seventh-grade player, puts it: "I do think football will survive," he said. "I think it will change."