The sounds of the fans are pre-recorded for now, but there may still be a chance to return to Target Field this season. 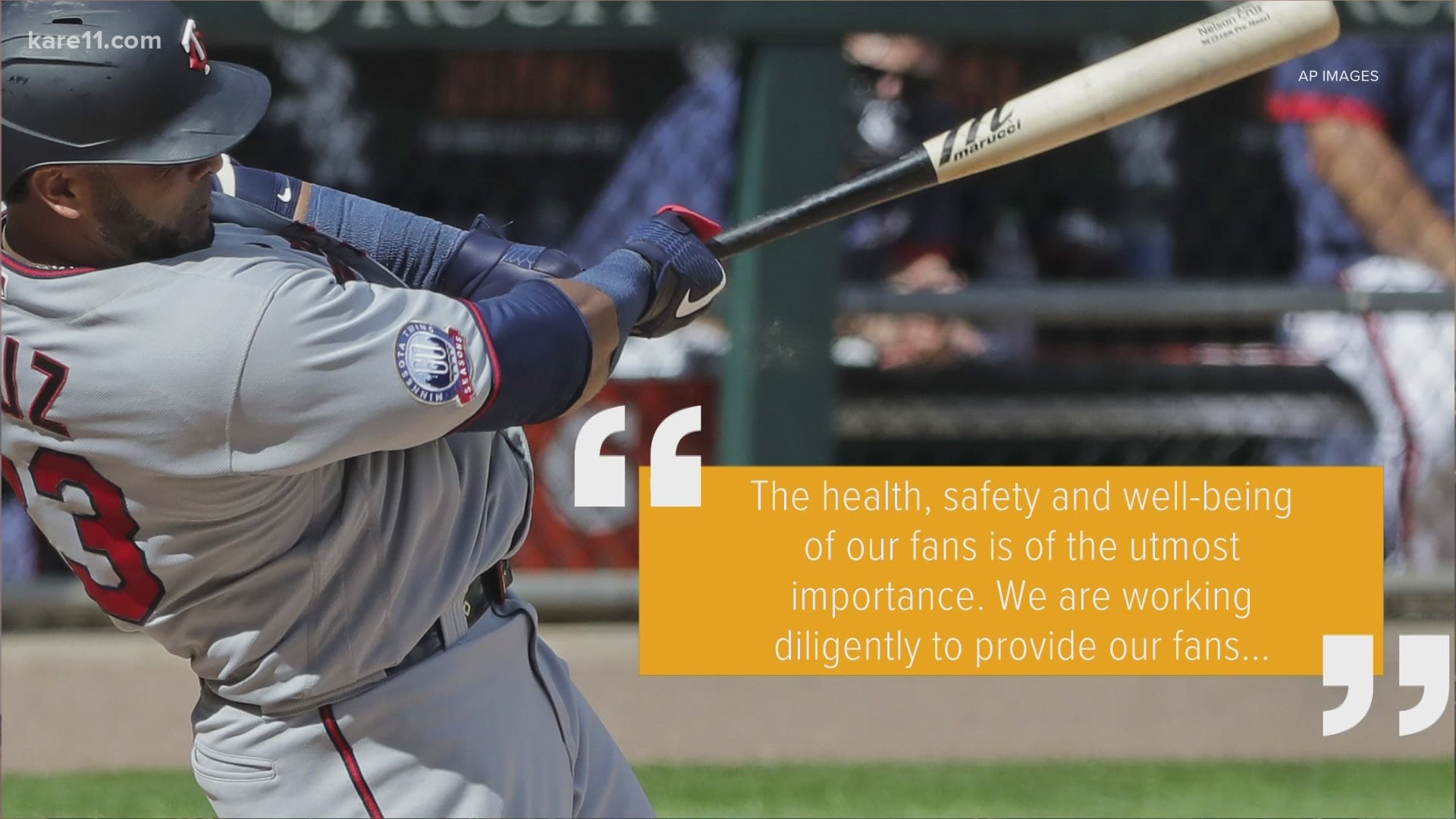 MINNEAPOLIS — Minnesota Twins baseball returns to Target Field tonight, with a home opener against the St. Louis Cardinals unlike any in the team's 60-year-history. There won’t be a single fan in attendance. But that doesn’t mean there isn't hope fans will return before the end of the season.

Target Field is locked up and will remain that way for the foreseeable future because Major League Baseball has decided to start the season with empty stands. We can all thank the coronavirus for that.

However, fans are keeping their fingers crossed for the day the gates open up. And there is reason to be optimistic. One sentence in the middle of a meaty paragraph on page 28 of the league’s operations manual that states, “Clubs may permit fan attendance at games with the approval of Major League Baseball and relevant local authorities.”

So, they’re saying there’s a chance.

The Twins are taking things day by day, releasing this statement:

“The health, safety and well-being of our fans is of the utmost importance. We are working diligently to provide our fans with the safest way to be part of Twins baseball at Target Field, if and when guidance from local public health officials allows. We’ll discuss specifics at the appropriate time.”

America’s top infectious disease expert, and big-time baseball fan, Dr. Anthony Fauci offers a sliver of hope cautiously stating, “If a level of infection in a city is really low, then you can have people in the stands. You can’t fill it up 100 %. You can do it where you can space out the fans. It’s at least open for consideration.”

At this time, it’s not being considered.

Also consider that opening a ballpark costs a lot of money and with no guarantee fans will fill it, is it worth it for the owners?

Like many things right now, there are so many questions and so few answers but the one thing we know for sure: it’s time to play ball!

RELATED: Twins open the pandemic-delayed 2020 season in the Windy City