Twins welcome fans to Target Field for the 2021 Home Opener

The stadium will have a different look from seasons past, but 10,000 fans will get to watch the #BombaSquad live and in-person on Thursday. 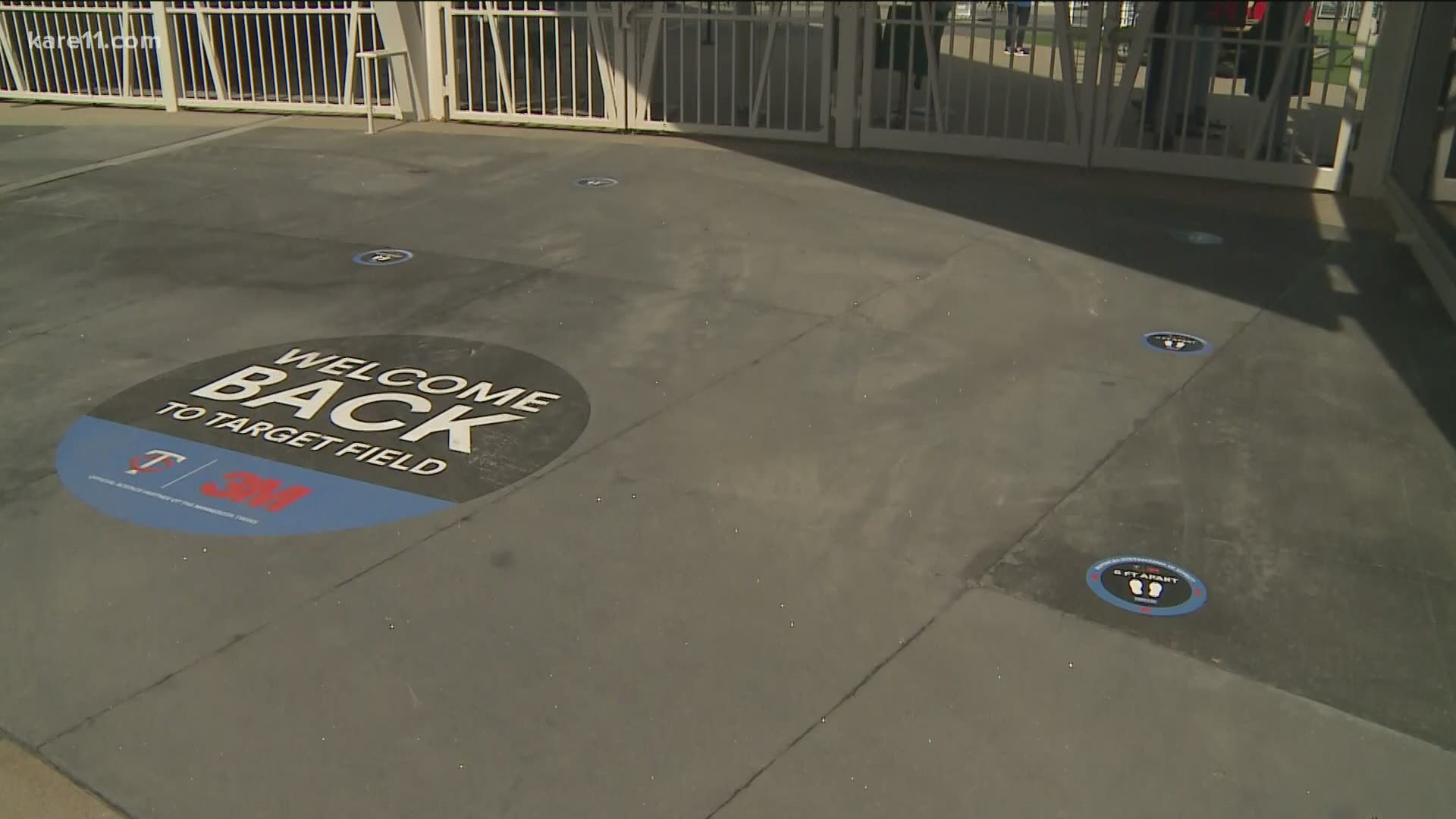 MINNEAPOLIS — As the Minnesota Twins take on the Seattle Mariners on Thursday afternoon, thousands of fans will be allowed into the stands to watch the game, a welcome treat after Target Field was closed to spectators last season because of the coronavirus pandemic.

But plenty of new measures are in place to keep everyone safe and socially distant, starting at the gate.

Fans will be asked several COVID health screening questions as they enter the stadium, like, "Are you experiencing any symptoms? Have you been exposed?" according to Twins spokesman Matt Hodson.

Everyone will then walk through a metal detector, used in place of close interactions between staff members and ticket holders. The bag policy has also changed this year. Only diaper bags, medically necessary items, or a purse nine inches by five inches will be allowed.

Tickets also have a different look this year, and have moved to a fully-digital version instead of the traditional paper stub. When walking through the gate, everyone will need to download the MLB Ballpark App and display their digital ticket for a scanner.

This same app can be used to order food and drinks once you're inside. Vendors will still be available on-site, but ordering through the app is preferred to minimize contact. The app will notify you when your order is ready to be picked up.

Today is NOT a washout, but we do have on and off showers all day long. Bring rain gear to the Twins game, especially for the early innings. #kare11weather pic.twitter.com/JiFvcXh9mr

Team officials said they're adding several new menu options this season to give fans a wider variety of options. However, due to safety concerns, the team has also decided to eliminate a few food and drink options that may pose a health risk.

“You’re not going to see a lot of large helmet nachos and things like that, that could be exposed to the air.”

As you head to your seat, you will notice another change to the stands: zip ties. Around three-quarters of the seats are blocked off using zip ties to make sure fans aren't using them.

The zip ties, in addition to the 10,000 fan limit, are for heath and safety reasons said officials with the Twins.

Things are looking good here at Target Field, rain wise. Players are warming up on the field, the crew has rolled the tarp out. The field should hopefully be dry and ready to go for the first pitch at 3:10pm. #GoTwins @kare11 pic.twitter.com/YbgxbeY3sP

These measures are planned for the first 17 home games this season, but the Twins are hoping to increase capacity some time this year.

First pitch against Seattle is 3:10 p.m. More information on tickets for this season's games is available here.

We're excited to welcome fans back to Target Field! Here's what you should know before you head out to the ballpark this season. https://t.co/EjO5tX7aBn@3M x #MNTwins pic.twitter.com/tNtjnwyNhM

I thought catchers and umpires were the only ones who wore masks during the game....Twins workers are starting to come in, getting temps checked before the game. Fans will start coming in about an hour from now @kare11 pic.twitter.com/7HH54UVIaH

RELATED: How to watch Twins baseball on TV