Ryan Jeffers hit his first major league home run to spark a four-run third inning for the Twins, who improved to 18-5 at home.

MINNEAPOLIS — Ryan Jeffers hit his first major league homer to spark Minnesota's four-run third inning, and Michael Pineda stayed sharp in his return from suspension by finishing seven innings for the Twins in a 6-2 win over the Detroit Tigers on Monday.

Pineda (1-0) allowed two runs and three hits, struck out eight and walked two in his first victory since Sept. 1, 2019. After serving a 60-game penalty for taking a banned weight-loss drug, Pineda debuted last week with six innings and a no-decision as the Twins beat Chicago.

The right-hander has a 2.77 ERA through two turns, picking up where he left off last summer. He went 7-1 with a 2.76 ERA and 73 strikeouts over his last 11 starts before the suspension.

Jeffers crushed a full-count fastball from Michael Fulmer (0-1) into the juniper wall behind center field, an estimated distance of 437 feet. Fulmer recorded only one out in the third, with the Tigers continuing to ease the 2016 AL Rookie of the Year and 2017 All-Star into action after he missed the 2019 season due to Tommy John surgery.

Fulmer lost to the Twins for the first time in his career. He was 5-0 with a 2.64 ERA in his first five starts against them, but he left the bases loaded for Daniel Norris and was charged with four runs and four hits.

Eddie Rosario greeted Norris with a three-run double, before his latest lackadaisical move on the basepaths led to him getting caught in a rundown between second and third.

Byron Buxton homered in the eighth and Taylor Rogers struck out the side in the ninth for the Twins (26-17), who improved to 18-5 at home. They pulled within one game of first-place Chicago (26-15) in the AL Central, with Cleveland in between. 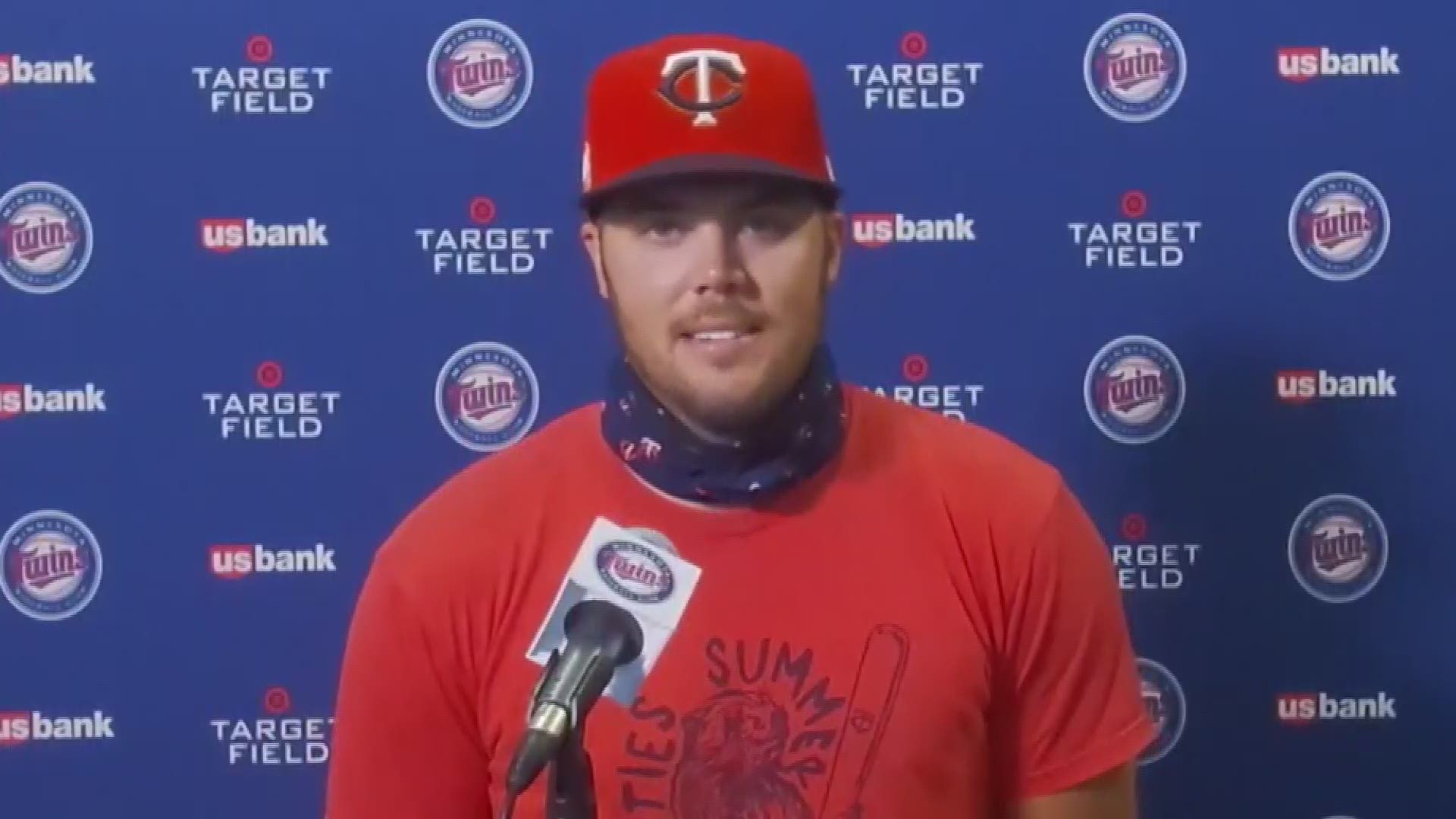 Almost assured a spot in the postseason regardless of finishing first, second or third in the division, thanks to the expanded 16-team format following the virus-shortened 60-game schedule, the banged-up Twins have been trying to take it easy on their hitters who aren't on the injured list.

Only three of their original regulars were in the lineup, with designated hitter Nelson Cruz (hip) out for the second straight game and first baseman Miguel Sanó (hamstring) also on the bench. Backup outfielder LaMonte Wade not only batted leadoff but played first base, executing a slick split and scoop to convert third baseman Josh Donaldson's long, low throw into an out in the eighth.

Rookie Isaac Paredes, one of seven hitless Tigers, has one hit in his last 24 at-bats with eight strikeouts. Miguel Cabrera struck out twice, stopping a 13-game hitting streak that was his longest in five years. Jeimer Candelario doubled twice and scored both runs for the Tigers, the first on a two-out single in the fourth by rookie Willi Castro. Candelario is batting .415 with 10 runs in his last 12 games.