The season will officially begin July 23 with the Washington Nationals playing host to the New York Yankees at 6 p.m.

Major League Baseball released its schedule Monday evening and the Minnesota Twins will open the season on the road against the Central Division rival Chicago White Sox on July 24.

The season will officially begin July 23 with the Washington Nationals playing host to the New York Yankees at 6 p.m.

Each team's schedule will be just 60 games and will begin with empty bleachers due to the coronavirus pandemic.

The Twins announced they will have an exhibition game against the Chicago Cubs on July 22 before starting the regular season against the White Sox. Minnesota's first home game is scheduled for July 28 against the St. Louis Cardinals.

Among the other changes this season, the National League will temporarily adopt the Designated Hitter rule for the season, and any games that go to extra innings will begin the 10th inning with a runner on second base. There will also be no high-five celebrations in an effort to keep players safe.

The Twins reported a "few" players had tested positive for COVID-19 back in June, but didn't specify if they were Major or Minor League players. Twins President of Baseball Operations Derek Falvey said the players were not in Minnesota or in Fort Myers, Florida at the Twins Spring Training facility. The Twins later announced that Miguel Sano and Willians Astudillo were among those who tested positive.

The Twins took their first step in returning to baseball last week as they hosted their first full-team workout at Target Field. 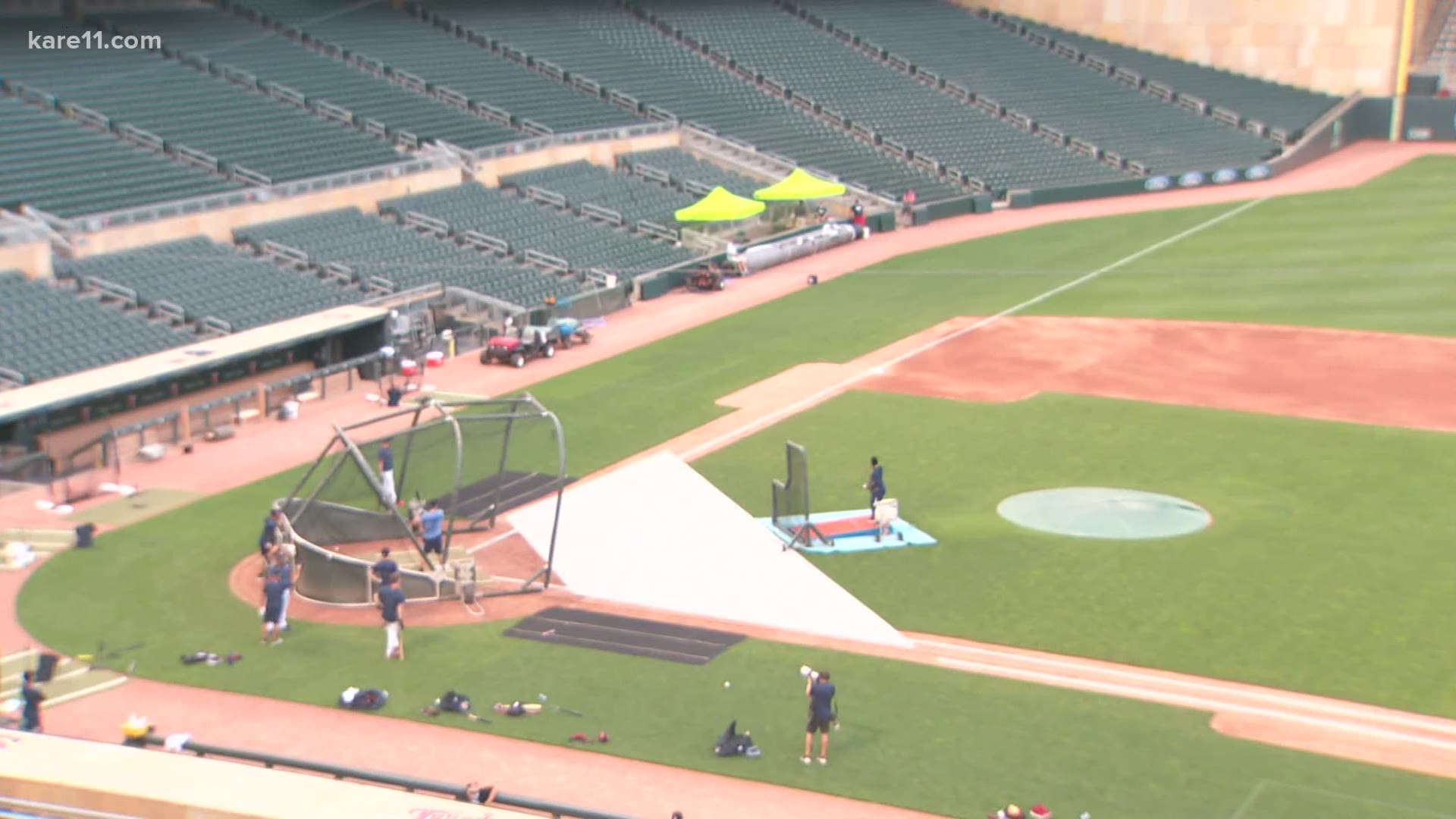 RELATED: Largest wiffle ball league in the nation begins their season in Minnesota