According to the Twins website, Buxton had to be carted off the field after injuring his left foot. 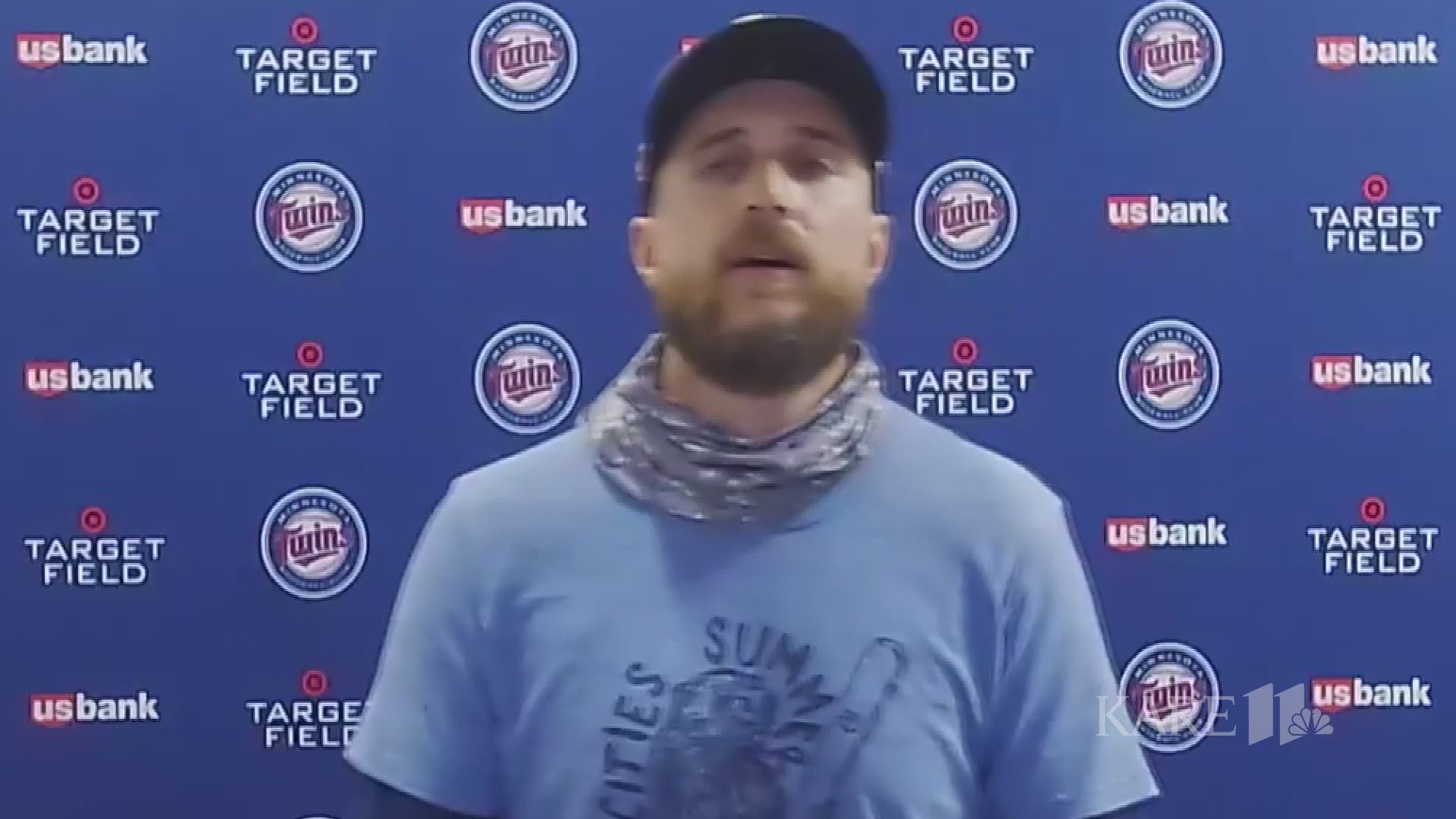 MINNEAPOLIS — Minnesota Twins outfielder Byron Buxton had to be carted off the field Monday after injuring his left foot while making a defensive play during summer camp practice at Target Field.

The injury happened during an intrasquad scrimmage on Monday.

According to a post on the Twins website, Buxton was attempting to catch a fly ball in deep center field when he fell to the ground and grabbed his left leg.

According to the post, Buxton is having imaging done on the injury, and more information is expected by Tuesday.

"It was just a misstep out there in the outfield, and that's really the only way I would describe it," Twins manager Rocco Baldelli said following the scrimmage. "There are guys, because of their athleticism and the way that they play the game, they're going to be more at risk for different things. But today was just kind of an off-chance misstep."

Buxton, 26, has dealt with multiple injuries in his major league career, including shoulder surgery last fall that left him unable to participate in spring training activities prior to the MLB's coronavirus shutdown in March.

Byron Buxton was going back to catch a Nelson Cruz fly ball in deep center field and appeared to get his cleat stuck in the grass. He went down grabbing his leg/ankle. After several minutes, he was carted off the field. pic.twitter.com/KZjk6MZ8Jk