Twins playoffs tickets: How to get em', and how much they'll cost

We may not know if the Twins will be in the playoffs but you can already think about buying tickets. 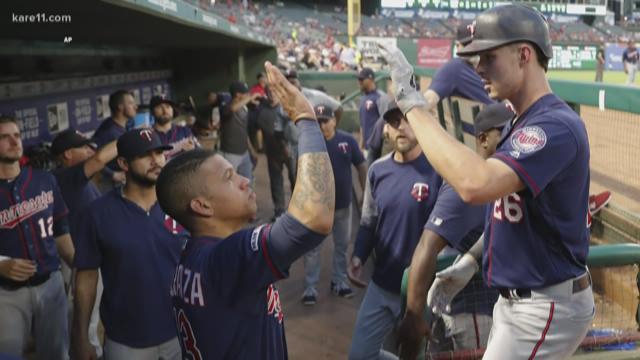 MINNEAPOLIS — The Twins have been one of the hottest teams to watch this season and if you want to keep watching them in the playoffs, listen up.

Playoff tickets will go on sale Thursday at noon at twinsbaseball.com/postseason.

You won't be able to buy tickets for each game individually.

The strip will get you into every home game the Twins “could” potentially play this post season.

About 8,000 season ticket holders had a chance on Wednesday to extend their seats through the playoffs, and Major League Baseball also grabbed a few seats, but Twins officials say the rest of the stadium's 39,000 seats are all up for grabs.

I know what you're thinking, what if the team gets knocked out of the playoffs Don't worry, you'll get your money back for every game the team doesn’t play.

The team will sell tickets to each playoff game individually later on if the strips don't sell out, but if you wait until then you won't be guaranteed a spot, these strips could sell out fast.

And if you can't make it to a game the tickets are transferable.

You can give them to a friend or sell them online.