The game that was postponed Monday due to fallout from the death of Daunte Wright has been rescheduled as part of a doubleheader Wednesday, April 14. 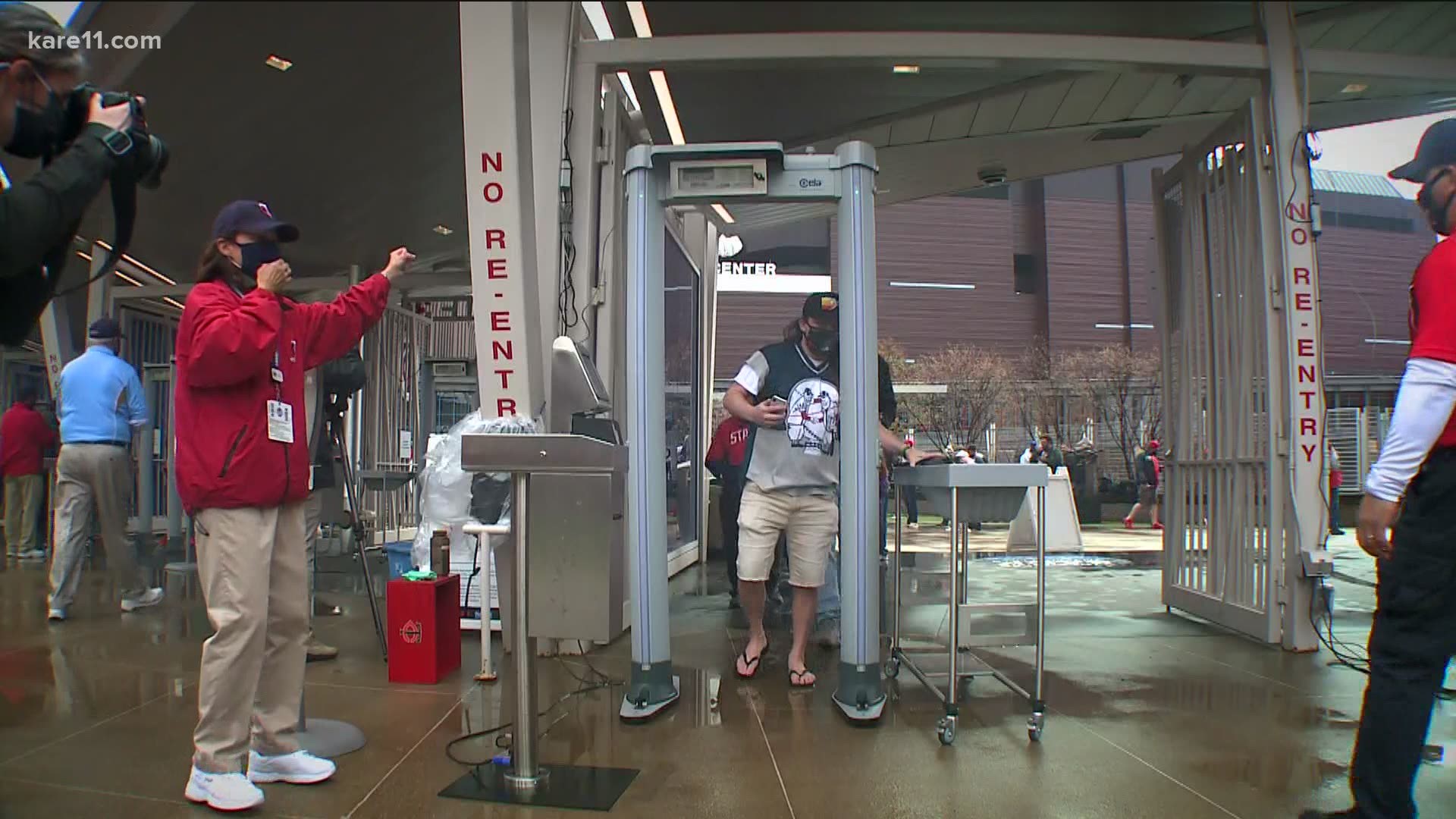 The Minnesota Twins will resume their home series against Boston Tuesday after postponing Monday's series opener following the fatal shooting of Daunte Wright by a police officer.

After consulting with Major League Baseball, and officials and law enforcement at both the local and state level, the Twins announced that Tuesday's game will commence shortly after 1 p.m. at Target Field. Gates open at 11:30 a.m.

Monday's postponed game will be played as part of a doubleheader Wednesday, April 14. The first game will start at 1:10 p.m., with the second contest beginning 30 minutes after the first ends. Both games will be shortened to seven-innings, according to MLB's 2021 rules.

Fans already holding tickets to Wednesday's game will receive admission to both games. Those who had tickets to Monday's postponed game will be credited and allowed to choose a future home game, and also receive two free tickets for an additional weekday game.

#MNTwins announce schedule updates for this week's series vs Red Sox. Today's 1:10pm game to be played as scheduled. Teams will play a straight doubleheader on April 14. pic.twitter.com/saImlSN0eD

The Twins, Wild and Timberwolves all called off Monday's home games, saying the decisions were made in the best interests of fans, staff, players and community after Daunte Wright was fatally shot Sunday by a Brooklyn Center police officer.

The Timberwolves announced that Monday's postponed contest against the Brooklyn Nets will be played at 3 p.m. Tuesday, April 13 at Target Center. No fans will be allowed at the game, and those who held tickets for Monday night's game will receive a full refund.