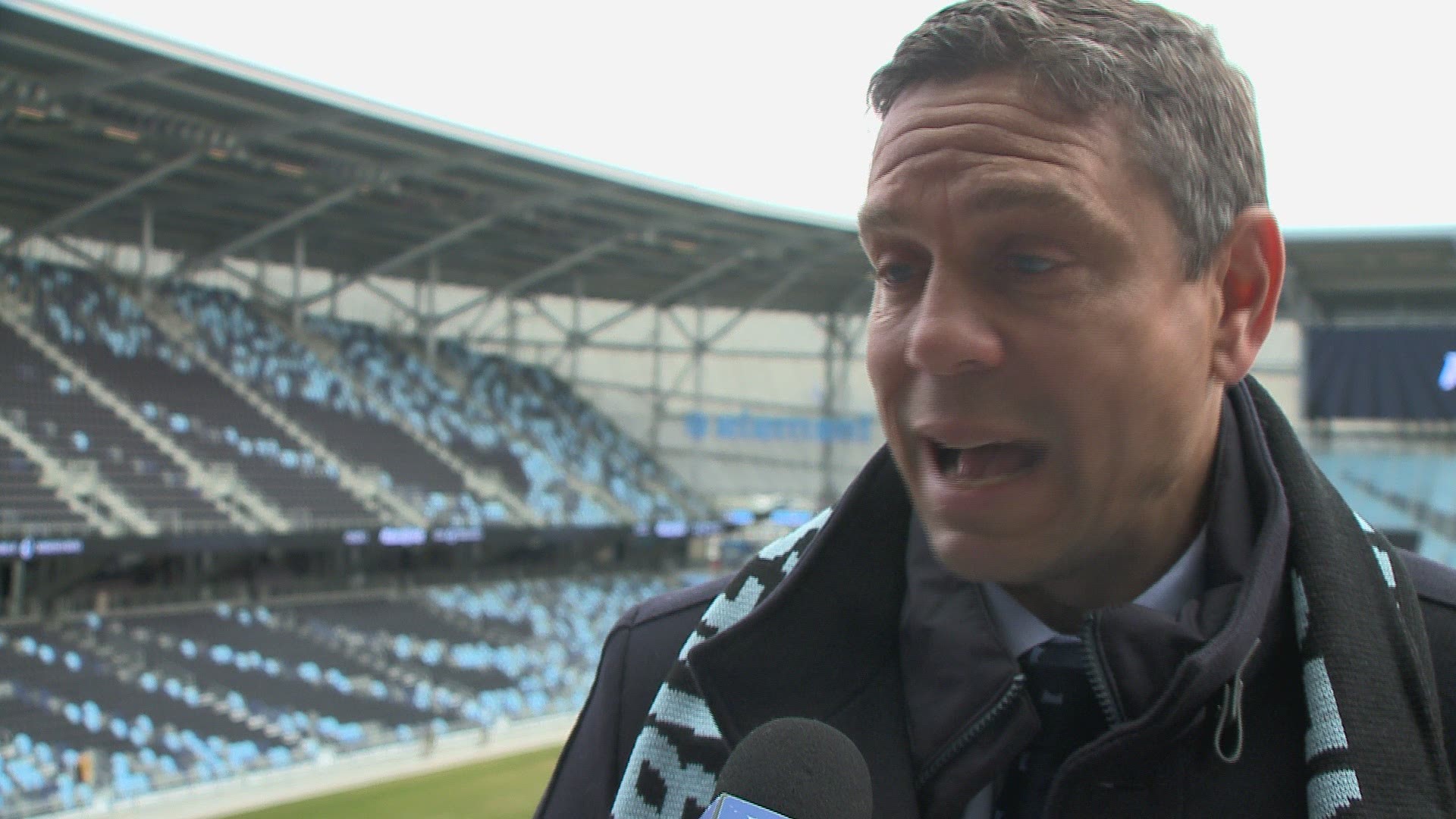 ST PAUL, Minn. — Allianz Field is now officially home sweet home for the Minnesota United. The team held a "scarf raising" ceremony with members of the ownership group, players as well as politicians and other members of the Twin Cities soccer community on Monday.

The team provided members of the media a behind the scenes tour of the field and locker room areas.

The United open their home season in the new 19,400-seat stadium on April 13 when they host their inaugural match against New York City FC.

The United currently have a 2-1 overall record.