For the three years since it's inception the National Women's Hockey League (NWHL) has operated without a team in the State of Hockey, but on Tuesday that changed with the announcement that the Minnesota Whitecaps have joined for the 2018-19. 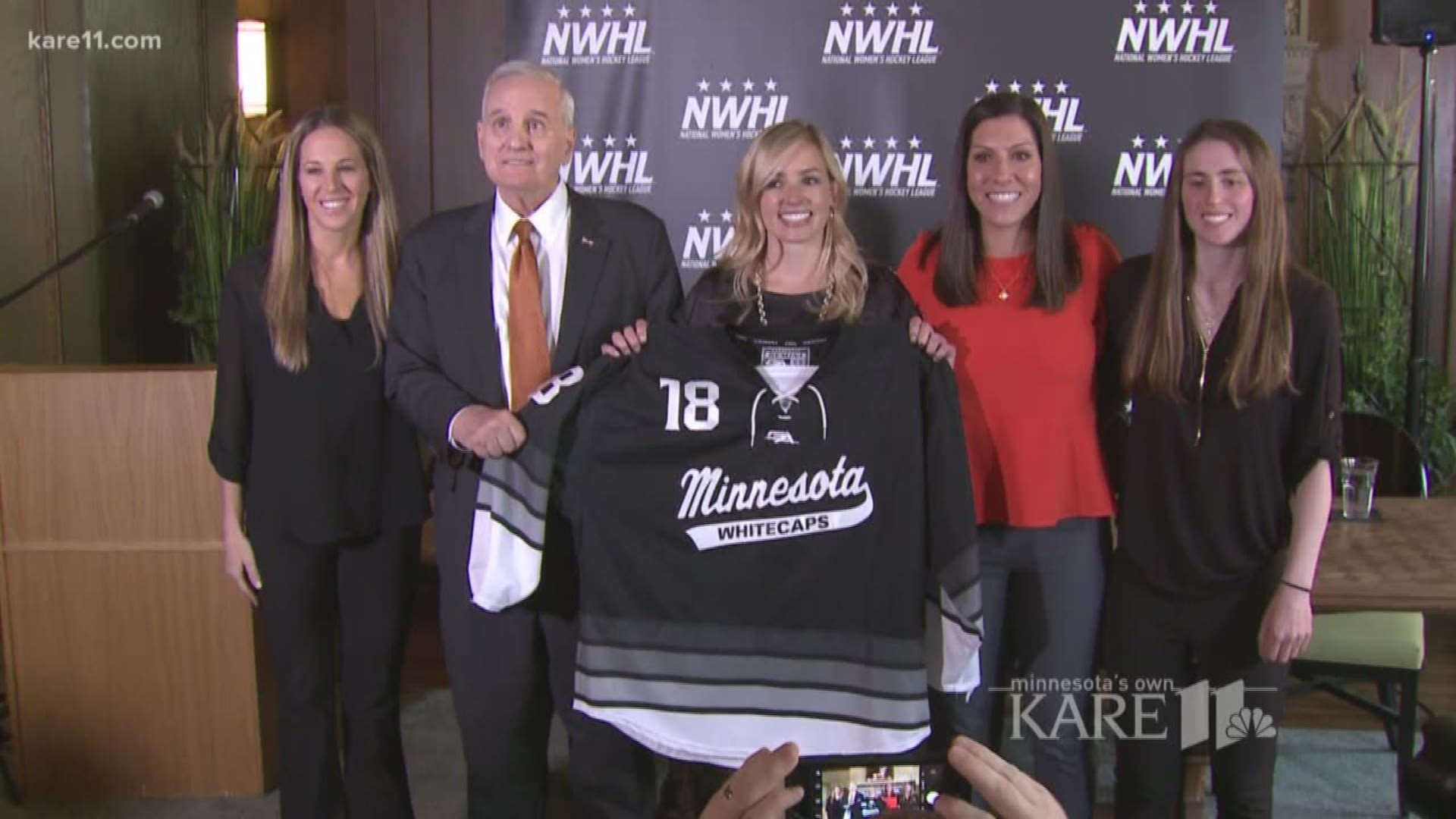 ST. PAUL, Minn. - It seems almost ludicrous that a professional hockey league would not have a franchise anchored in Minnesota. After all, it is called "the State of Hockey."

For the three years since it's inception the National Women's Hockey League (NWHL) has operated without a team in this puck-crazed state, but on Tuesday that changed with the announcement that the Minnesota Whitecaps have joined the league in its first phase of expansion. The Whitecaps will become the league’s fifth club, joining the Boston Pride, Buffalo Beauts, Connecticut Whale and Metropolitan Riveters, and start play in the 2018-19 NWHL season.

At this time it's not clear what venue will serve as the Whitecaps' home ice.

“Minnesota is an essential part of women’s hockey in North America. When you consider all of the talented players in this area and the passion this community has for the game, the Whitecaps are going to be incredible on and off the ice," said League Founder and Commissioner Dani Rylan. "The women’s hockey players of Minnesota are among the best in the world at what they do and now they'll have an opportunity to play professionally. After all, the young girls of this state should be able to dream as big as their brothers. Having Minnesota in the NWHL expands our national footprint and grows our game in so many ways.”

The league acquired the Whitecaps franchise, which originated in 2004 and has been home to some of the greatest women's hockey players of all time. Among their alumni are legends such as Angela Ruggiero, Julie Chu and Natalie Darwitz. The Olympic gold medal-winning Team USA in 2018 included Whitecaps Hannah Brandt, Kendall Coyne, Jocelyn Lamoureux-Davidson, Monique Lamoureux-Morando and Alex Rigsby. Lisa Chesson, currently a defender for the Buffalo Beauts and member of the U.S. Olympic Team in 2010, is a former member of the Whitecaps.

"It’s an exciting day for women’s hockey with Minnesota joining the NWHL," enthused Gigi Marvin, player for the NWHL’s Boston Pride and a member of gold medal-winning Team USA at this year’s Olympics, "The state of Minnesota produces many outstanding players, so it’s awesome that those players can now compete professionally.”

Like the Founding Four teams when the NWHL started in 2015, the Minnesota team will initially be owned by the league. Last season, Pegula Sports & Entertainment – the owners of the Buffalo Sabres, Bills and other local franchises – acquired the Beauts, while the New Jersey Devils formed a strategic alignment with the Riveters.

“On behalf of my teammates and everyone in the Whitecaps organization, I want to say that this is an incredible moment for women’s hockey in Minnesota and we’re truly excited to become a member club in the NWHL,” said Winny Brodt Brown, the captain of the Whitecaps, a former member of the U.S. National Team and the first-ever recipient of the Minnesota Ms. Hockey Award. “We are determined to have a women's professional team that the hockey fans of Minnesota can be proud of. I’m looking forward to hitting the ice with my teammates and being able to play for the Isobel Cup.”