Mustangs look for three-peat on the ice

The Breck girls hockey team plays Luverne in the Class 1A state quarterfinals on Wednesday at 6pm. 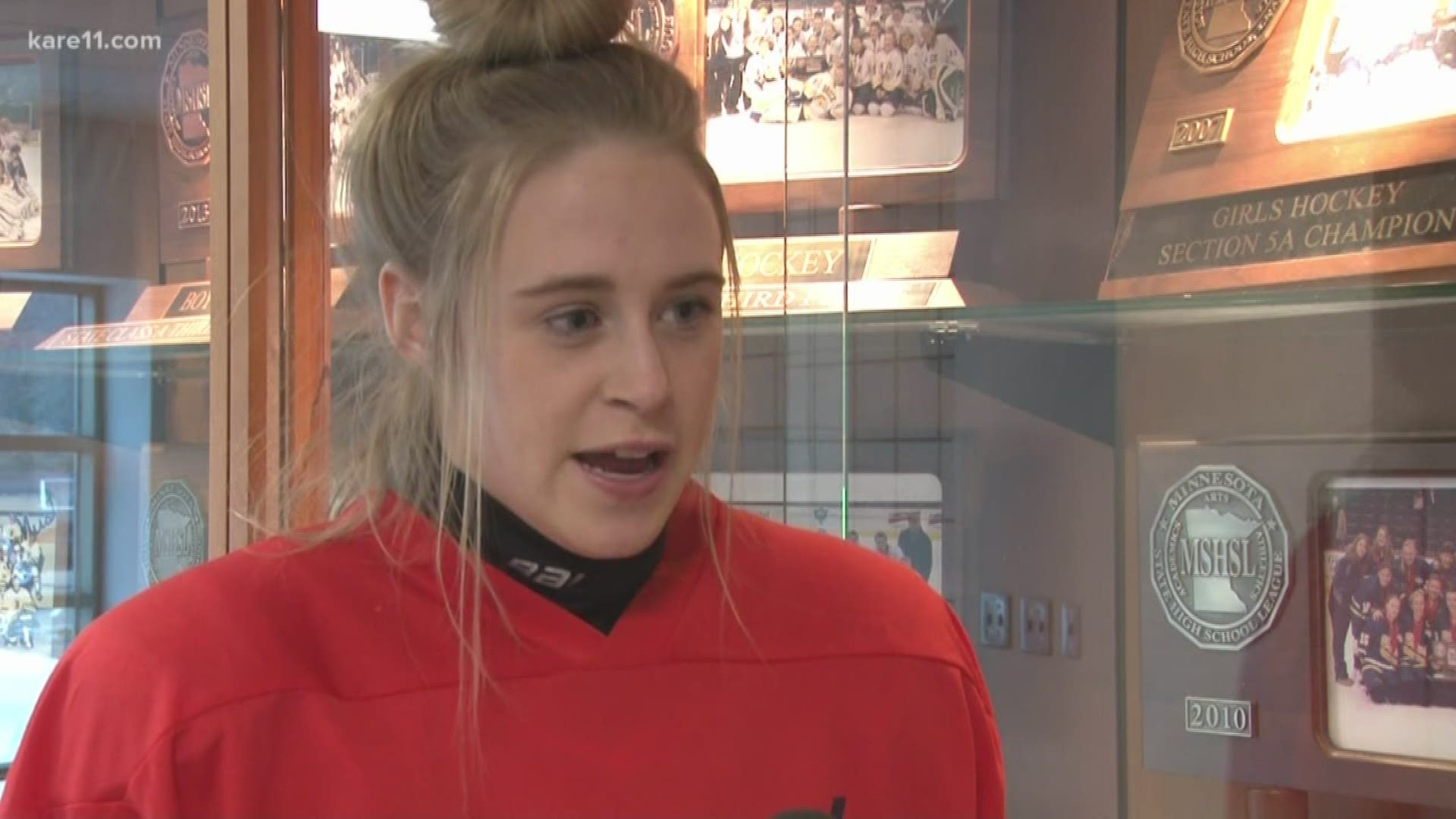 "At the beginning of the year, one of the goals that the girls had was to three-peat. I think that they've worked very hard the past 28 games to reach that goal," said Breck head coach Steve Persian.

The Mustangs enter the state tourney as the top seed with a 22-and-6 record.

"I think that we'll have a target on our back being two-time state champions. I'm excited and I know the team is excited. We love big games," senior forward Olivia Mobley said.

"When you grow up thinking I just want to got to the Xcel Energy Center and play in the girls' state hockey tournament. Here we are doing that and to come out with a win on Saturday would be incredible," said senior forward Ally Qualley."

This is the Mustangs eighth overall appearance at state.