The Kings are now one of two teams Minnesota has beaten twice this season, the New Orleans Pelicans being the other. 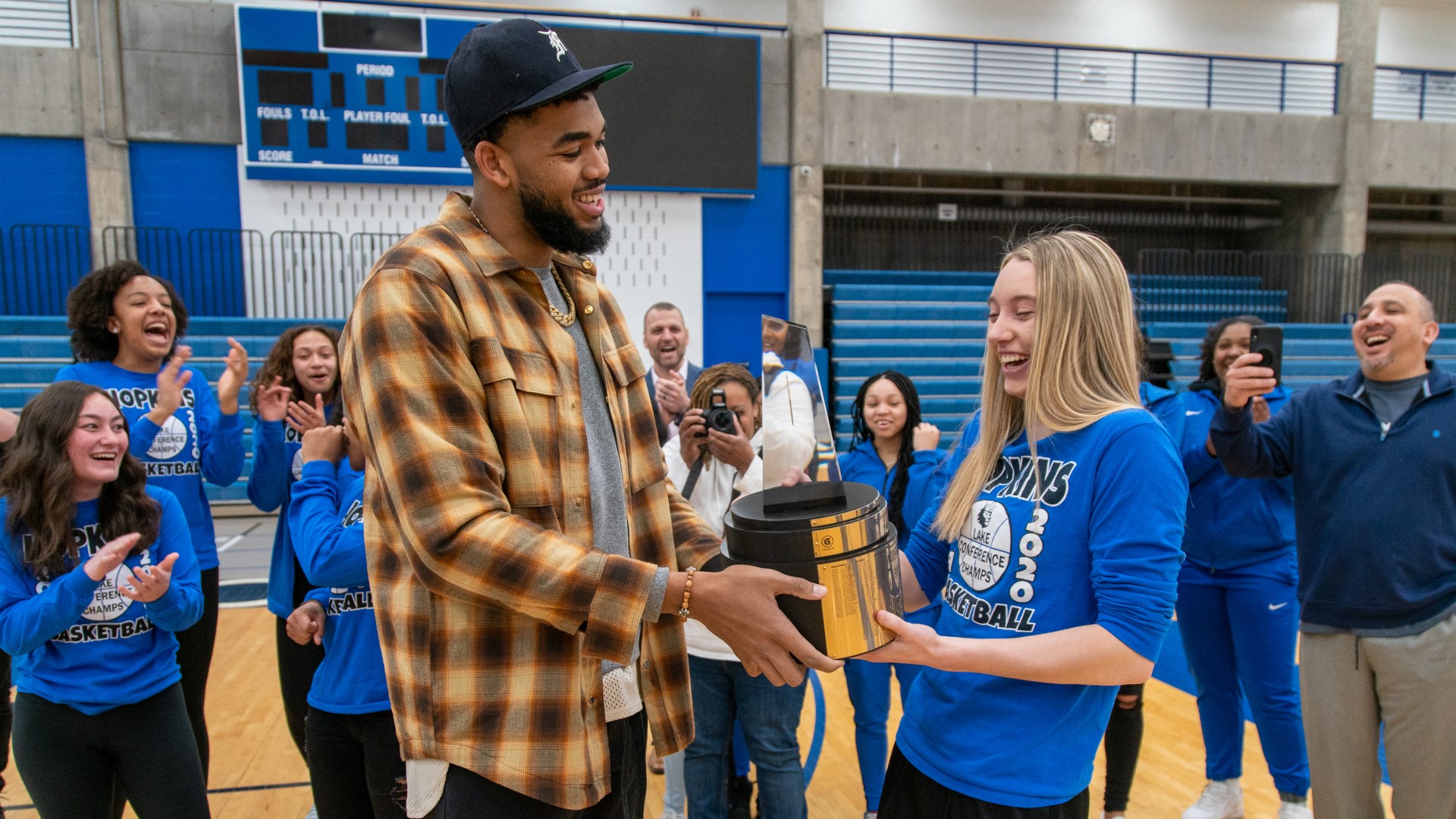 Karl-Anthony Towns had 25 points and a season-high 18 rebounds as the Minnesota Timberwolves pulled away over the final five minutes and thumped the Sacramento Kings 134-120.

Anthony Edwards and D’Angelo Russell added 28 points apiece to help the Timberwolves beat the Kings for the second time this season and the first time in front of fans at Golden 1 Center.

Minnesota trailed 115-114 when Edwards made his fifth 3-pointer to start a 17-3 run. Town had seven points during the stretch.

About 1,600 front-line workers sat alongside cardboard cutouts after California eased its COVID-19 restrictions earlier this month.

The Kings don't have long to stew over their loss, as they take on the Wolves again Wednesday in a rare back-to-back. Sacramento looks to end its five-game home losing streak with a victory against Minnesota.

The Timberwolves are 10-23 against Western Conference opponents. Minnesota has a 15-41 record when allowing 100 or more points.

TOP PERFORMERS: Karl-Anthony Towns leads the Timberwolves averaging 24.8 points while adding 11.0 rebounds and 4.6 assists per game. Anthony Edwards is averaging 3.1 made 3-pointers and scoring 22.6 points over the last 10 games for Minnesota.

Tuesday's game was played in the wake of the Derek Chauvin verdict, a case that has been watched and posted about by many of the NBA's athletes. Timberwolves center Karl-Anthony Towns posted a short but heartfelt message on his Twitter account.

Justice and Accountability! Things I never thought I would see. There’s much more work to do, but this is an amazing start working toward the reform this country NEEDS!

The Timberwolves and Lynx organization released a statement after the former Minneapolis police officer was found guilty.

One year ago, George Floyd was murdered, causing unimaginable pain and trauma for his family, the Minneapolis community, and communities across the nation. Our deepest thoughts have been with the Floyd family since this unjust tragedy. Throughout our history, racial and social inequalities have been ingrained in our society. We are hopeful that today’s decision will serve as a step forward, but it does not ease the physical and emotional pain that continues in an environment where systemic racism exists. To our BIPOC community, the Timberwolves and Lynx remain committed to influencing change, promoting impactful action, and using our platform to help heal and unite in pursuit of liberty and justice FOR ALL.

Prospective co-owner Marc Lore posted on Twitter about the Chauvin verdict, and its impact on both the state of Minnesota and the larger community.

My hope is that today’s verdict will begin the long-process of healing for the Floyd family, the BIPOC community, and the city of Minneapolis. My full statement can be found on LinkedIn - but, simply put, I stand with you today and always. https://t.co/VRGSZYqhDT pic.twitter.com/15aw4Z6kGU