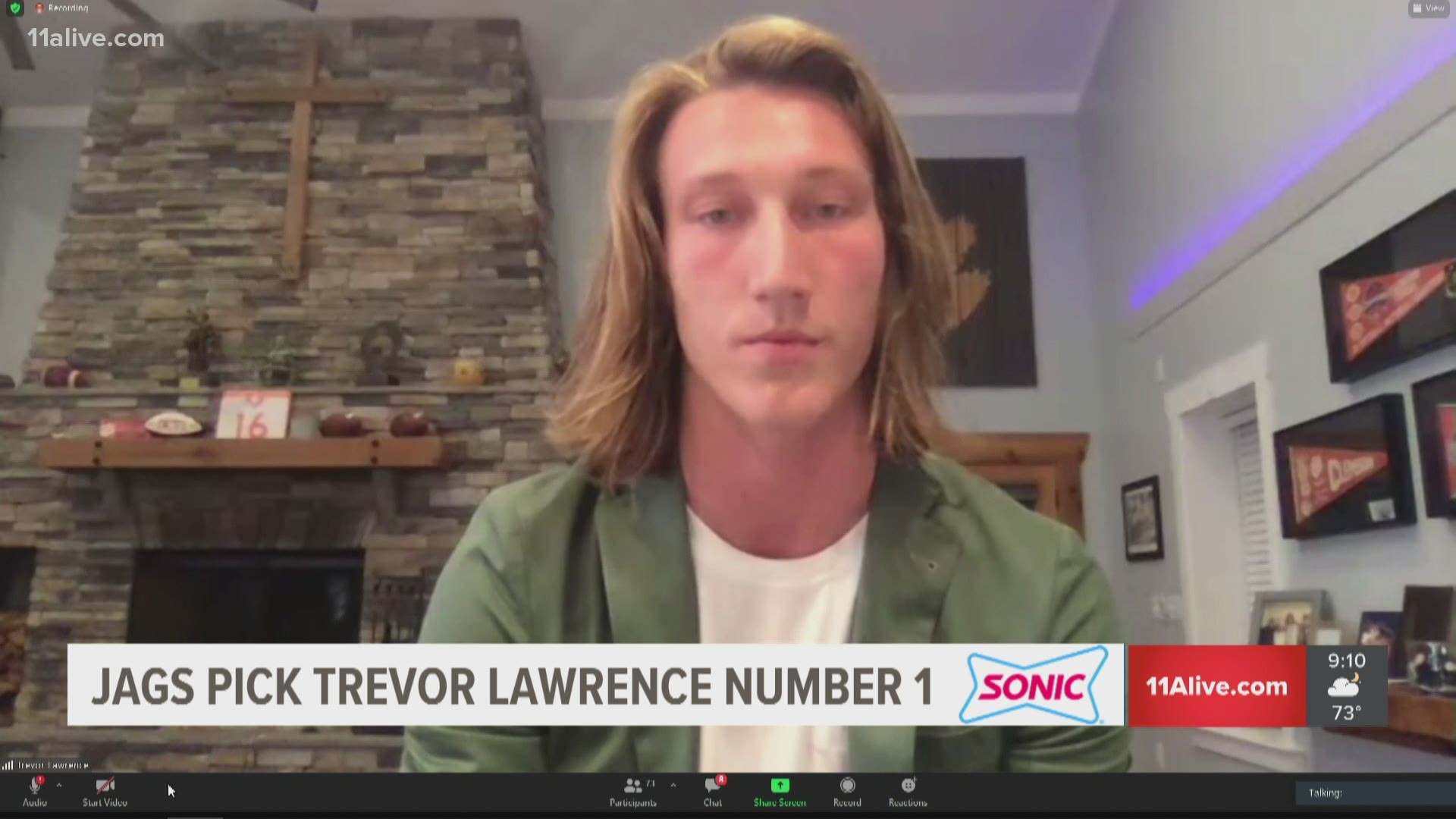 ATLANTA — It's one of the most anticipated NFL Drafts ever, and it's finally here.

The first round of the NFL Draft will begin at 8 p.m. Thursday, with a highly-touted draft class that could see at least three or more quarterbacks taken in the first five picks. Plus, the Falcons are picking at No. 4, and there are plenty of Georgia Bulldogs in the mix.

11Alive's Alex Glaze hosts the "Sports Extra War Room" starting at 7:30 p.m. to make sense of it all, get expert analysis, inside access to draft prospects and more.

Quarterbacks Trevor Lawrence and Justin Fields, both from Georgia, are expected to be among the first picked, with Lawrence likely going No. 1 overall to the Jacksonville Jaguars. Fields could still be available at No. 4 when the Atlanta Falcons pick.

This is the first draft for the Falcons' new regime led by General Manager Terry Fontenot and head coach Arthur Smith. While attempting to navigate through a dismal cap situation and stay competitive, the Falcons have a chance to take a skill player, possibly even the next franchise quarterback after Matt Ryan. However, they could trade back or even be too tempted to take a generational talent like TE Kyle Pitts.

What will happen? That's anyone's guess.

What we do know is the state of Georgia is strongly represented in the draft once again. Here's a look at many of the players who are from or have played football in metro Atlanta who are considered prospects in this year's draft.

- Tyson Campbell, CB out of UGA

- Monty Rice, LB out of UGA